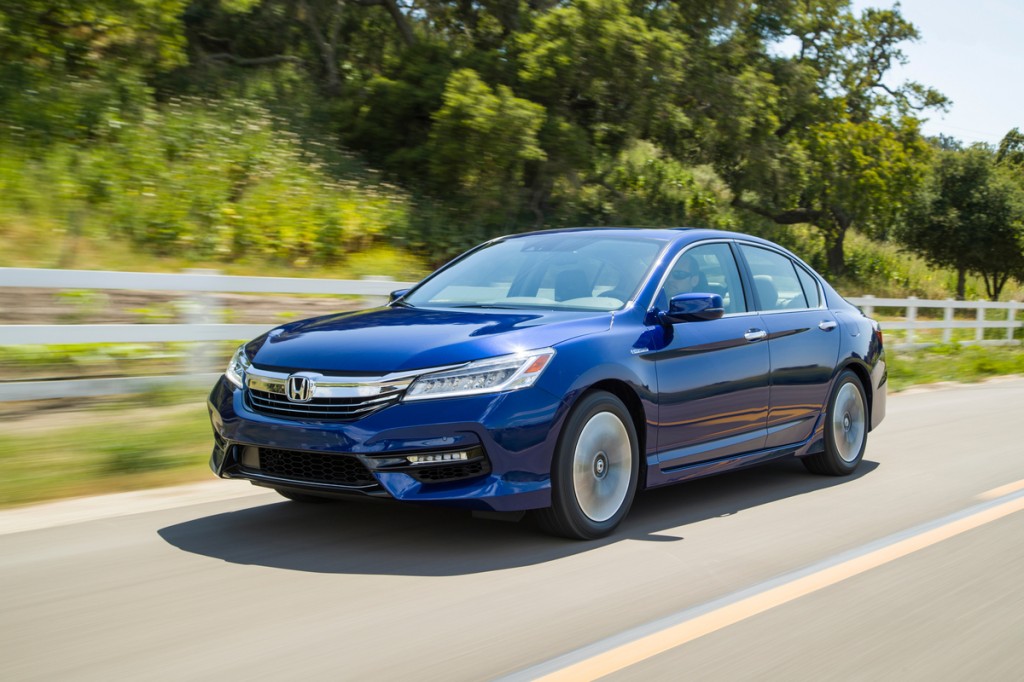 After a year off the market, the 2017 Honda Accord Hybrid has returned. It has not only all the changes made to the conventional Accord mid-size sedan for the 2016 model year, but also an updated and slightly more efficient powertrain. Three trim levels are offered on the most...Read More»

The 2017 Honda Clarity is a mid-size four-door sedan that comes with two different powertrains, both of them zero-emssion. The first to arrive, in December 2016, was the Clarity Fuel Cell, which is powered by a hydrogen fuel cell that feeds pure hydrogen, stored in the car's...Read More»

The 2017 Nissan Rogue Sport is a small crossover utility vehicle that’s effectively a cut-down version of the very popular Nissan Rogue, a large compact SUV. The new Rogue Sport is a foot shorter and almost 6 inches lower than the Rogue, and it’s intended for younger buyers...Read More»

Small crossover utility vehicles have surged in popularity, and every carmaker is rolling out new entries. The Honda HR-V is already popular, and a year after it was launched, the Toyota C-HR is that maker's riposte. It's the little brother of the immensely popular RAV4 compact crossover, just as...Read More»

The 2017 Subaru Impreza is a redesigned version of the automaker's compact sedan and hatchback, which was last updated for the 2012 model year. The new Impreza has sleeker and crisper styling, a nicer interior, and more standard and optional features, including active-safety systems. In...Read More»

The BMW i3 and Chevy Volt both are small plug-in electric cars, but the two cars tackle the range-extended electric vehicle question in very different ways. The latest Chevrolet Volt is essentially a plug-in hybrid, but it's the only one on the market that drives entirely on electricity until the...Read More»

Hybrid hatchbacks are some of the most fuel-efficient cars on the road today—but when it comes down to buying one, should you opt for green credentials or fun-to-drive qualities? In other words, which should you buy: the new Toyota Prius, or the latest Ford C-Max? MORE: Read our 2017 Toyota...Read More»

Today's economy cars are do-it-alls. They're practically mid-sizers, with styling that has set trends, and features that sometimes outpoint much more expensive rivals. Two highly-rated four-door sedans fight head to head for shoppers looking for reasonable performance for about $20,000--but between...Read More»