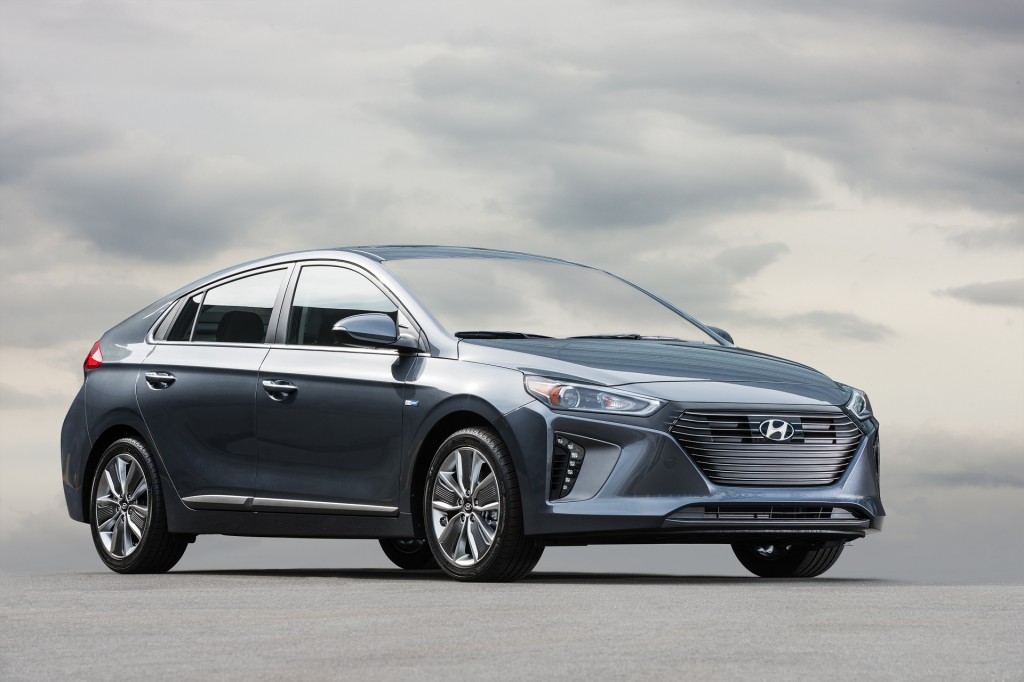 The 2017 Toyota Prius V wagon is the most spacious and largest member of the Prius hybrid family, now in its sixth year on the market. While the Prius Liftback model was entirely redesigned last year, the Prius V wagon uses the same powertrain as the previous...Read More»

The new plug-in version of the fourth-generation Toyota Prius hybrid launched a year after that car, and it got a new name too. The 2017 Toyota Prius Prime succeeds the previous and discontinued Prius Plug-In Hybrid model, sold from 2012 through 2015, but it’s a much-improved and...Read More»

The 2017 Toyota Mirai is the second model year for Toyota's halo car, the only full zero-emission vehicle in its extensive lineup. Its sales are entirely dependent on the rollout of hydrogen fueling infrastructure, for now limiting to specific areas of California. Hence, it will likely...Read More»

The 2017 Smart Fortwo is the second year of a complete redesign for the tiny two-seat car, and this year the Cabrio soft-top convertible has rejoined the lineup. Both body styles remain at 8.8 feet long, but they're wider and more modern than the previous generation, with a better array...Read More»

The 2017 Mercedes-Benz GLS-Class marks a significant, mid-cycle upgrade for what was previously knew as the GL-Class. As part of a nomenclature change sweeping the entire brand, each of the German luxury maker's sport-utility vehicles has received new badging and a full or partial...Read More»

The 2018 Honda Accord will be an all-new version of the popular mid-size sedan last redesigned for the 2013 model year. The 10th-generation Accord will ride on new underpinnings, and use a pair of revised 4-cylinder engines, eliminating the previous V-6 that's been the top engine option for many...Read More»

Now in its sixth model year, the 2017 Ford Focus Electric is the sole battery-electric vehicle sold anywhere in the world by Ford. After falling to the bottom of the list on range and features for several years, the electric Focus gets a higher-capacity battery and the option of DC...Read More»

The 2017 Ford C-Max hybrid hatchback enters its fifth model year with only the most incremental of changes. A frontal restyle so subtle you may miss it, some equipment tweaks, and a slight change to trim levels are the sole updates, along with a single new paint color. The C-Max Hybrid...Read More»

With its Aston Martin-esque styling, the 2017 Ford Fusion mid-size sedan remains a comfortable, spacious, and good-looking entry in an especially competitive segment. It competes with the Honda Accord, Hyundai Sonata, Toyota Camry, and a new and much improved Chevrolet Malibu. We named...Read More»