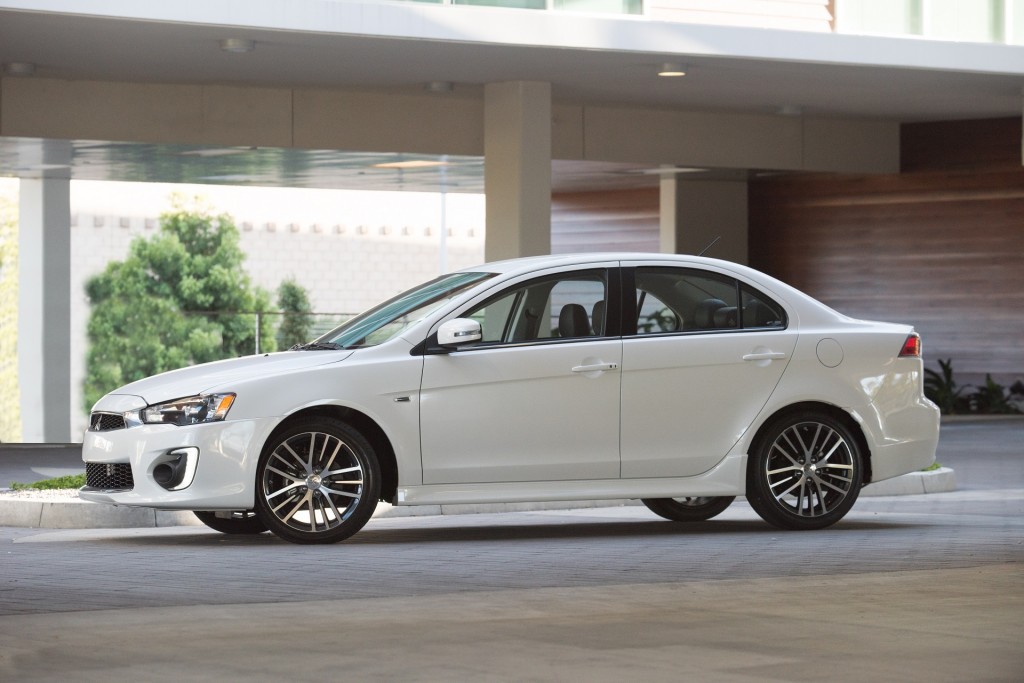 The 2017 Mitsubishi Lancer is by far the oldest 4-door compact sedan sold in the U.S., with a car launched in 2007 now entering a remarkable 11th year. The Lancer is offered in base ES, ES AWC, SE, and top SEL formats, the latter three offering all-wheel drive as standard; changes for...Read More»

The 2017 Mitsubishi Mirage remains one of the lowest-priced new cars on the U.S. market. One version of the Mirage hatchback is the most fuel-efficient non-hybrid gasoline-powered vehicle available in America. But the low price and small, anemic engine exact significant penalties in...Read More»

The 2017 Lincoln MKZ gets a slight freshening to bring it back toward the brand's understated, conservative, inward-looking take on luxury—one that backs away from the bold design statement the MKZ made when it debuted back in 2013. With the new Continental flagship launched this...Read More»

The 2017 Lexus CT remains the smallest and least expensive vehicle offered by Toyota's luxury brand, offered only with a hatchback body and a 4-cylinder hybrid powertrain that delivers a remarkable 42-mpg combined EPA fuel-economy rating. Now in its seventh model year, the CT will soon...Read More»

The 2017 Jeep Renegade, the smallest crossover you can buy from Fiat Chrysler's fabled off-road brand, continues for its third model year with only minor changes. It's the smallest Jeep sold since the Willys Jeep launched as a post-war civilian vehicle, but it's a modern utility vehicle...Read More»

The 2017 Kia Soul EV is a low-volume electric car adapted from the very popular Soul compact tall wagon. The current Soul was redesigned for 2014, and the electric version, now in its third year, followed for 2015. The electric Kia's three trim levels are the base Soul EV-e, the...Read More»

The 2017 Kia Forte includes a family of compact cars, with a pair of different body styles and some revised powertrains. An extroverted design, a nimble driving personality, and a value-centric feature set are common points among them, and what helps this nameplate stand out in a...Read More»

Over the course of a long day last month, we drove five separate versions of the all-new 2018 Toyota Camry mid-size sedan. Until recently, it had been Toyota's best-selling vehicle in the U.S. for 15 years—but now it's been overtaken by the RAV4 compact crossover utility vehicle. That points...Read More»

The 2017 Hyundai Sonata Hybrid, and its Plug-In Hybrid version, offer higher fuel economy in a four-door that competes in the heart of the mid-size sedan segment. It competes with hybrid versions of the Chevrolet Malibu, Ford Fusion, Honda Accord, Kia Optima, and Toyota Camry. The...Read More»