« Back to 2012 Mazda5: A Smart Pick, But Lean Feature Set Might Limit Appeal 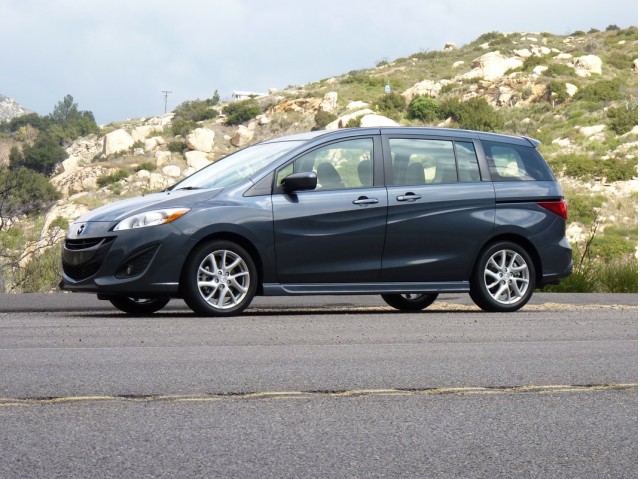 Mazda reports that it plans to recall some 2.2 million vehicles to address a problem with their rear hatches. Roughly one-third of the affected vehicles are registered in North America The recall stems from corrosion affecting the hatch lift supports. Mazda reports that the protective coating...Read More»

It's December, and by now, nearly every automaker has rolled out its 2014 models, giving new-car shoppers lots to look at. And right on cue, Consumer Reports has just named its best and worst new-car picks. To determine where models fall in the rankings, Consumer Reports compiles data on each car...Read More»

2012 Mazda5 Driven: As Thrifty And Fun As Three Rows Can Be

For most shoppers, the decision to get a third row of seats—to seat six or more when needed—is one that's going to involve some sacrifice, both in terms of the family budget and driving enjoyment. First there's the initial blow, as most vehicles with three rows typically cost thousands...Read More»

Third Row Seats: The 6 Smallest, Easiest-Parking Vehicles With Them

If you require seating for six or seven, you'll probably need a third row. But at the moment that you realize you need more than five seating positions, your entire range of vehicle possibilities becomes much more limited. Getting a third row often involves settling for a much larger vehicle that's...Read More»

For most of the time that it's been on sale in the U.S. market—nearly five years—the Mazda5 has been an odd one out in the market—and a niche vehicle, despite its conventional minivan silhouette. As Mazda points out, compared to the Dodge Caravan, which kicked off the U.S. minivan...Read More»