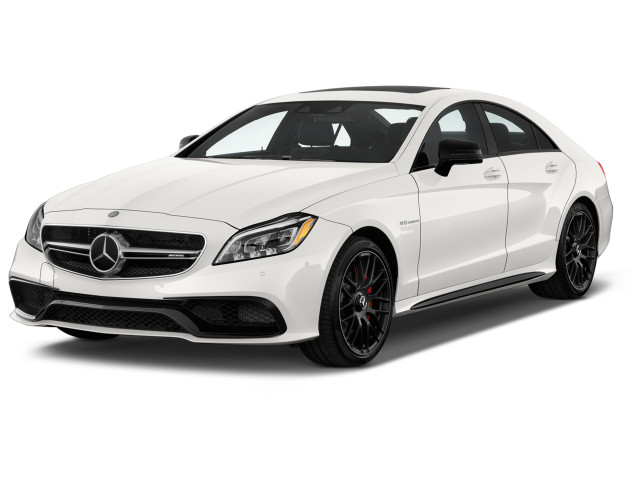 A new CLS is on its way for 2019. If you love the current-generation model, get one soon and don't look back.

The 2018 Mercedes CLS hangs on to its lissome curves; it’s V-8 only this year.

The 2018 Mercedes-Benz CLS was among the first of its kind: a four-door coupe with prodigious speed and a daring roofline.

Others such as the Audi A7 have caught up. Now the CLS is on its way out and will be replaced with another generation next year.

The outgoing CLS-Class earns a good outgoing score of 7.2 on our overall scale. (Read more about how we rate cars.)

When it was new in 2006, the CLS defined the so-called “four-door coupe” body style. It’s still a sedan, mind you, but one with an extravagantly styled roofline and less rear-seat space than the E-Class on which it’s based.

Today’s CLS hasn’t changed much since it was new in the 2012 model year, its second generation. Last year, it gained a 9-speed automatic. This year, the former base model has been dropped, and the lineup only includes CLS 550 sedans with either rear- or all-wheel drive, and the fearsome Mercedes-AMG CLS 63 S.

The 2018 CLS still evinces drama with every body panel and every bit of wood trim in its cockpit.

It has much busier bodywork than it did in its first edition, but the 2018 Mercedes-Benz CLS still draws admiring glances.

We give it a 8 for styling, with more credit for its body than its interior. (Read more about how we rate cars.)

If it’s dramatic lines and exotically stamped sheet metal you seek, in an E-Class-sized body, the CLS is the only game in town. While rival coupe-like sedans and hatchbacks trim away excess detail, the CLS collects them all as it sweeps past its three-pointed star, framed as it is by a smartly textured grille and slim LED lighting. From there, the arching curve of the roofline defines the car, while competing lines carve away the visual weight at its sides. A compound intersection of crests and curves draws together at the rear wheels; it gives the CLS a classic rear-biased look, emphasized by the short trunk lid.

Inside, the cabin wears graceful and colorful combinations of wood and leather. It’s aesthetically on point, though the dash-mounted display looks like an afterthought. Newer Mercedes sedans do a better job of integrating and distinguishing the controls baked into the center stack, too.

They don’t do a better job of decoration. Benz offers less treated semi-aniline leather, and the CLS has enough wood to make a Rolls Phantom blush. Whether it’s linden, ash, poplar, or walnut–even piano-black gloss–it’s lush and inviting, and a clever way to mute the wash of buttons and switches on the dash.

The 2018 Mercedes CLS turns up the sport wick; AMG cars have near-supercar acceleration.

Strong engines, advanced automatic transmissions, and a composed ride give the CLS an 8 on our performance scale. (Read more about how we rate cars.)

With the CLS 400 deleted from the lineup for the 2018 model year, the new base model in this lineup is now the CLS 550. The CLS 550 has a twin-turbo 4.6-liter V-8 engine rated at 402 hp and 443 lb-ft of torque, delivered through a 9-speed automatic new last year. It delivers impressive acceleration, whether it sends power to the rear wheels or to all four wheels. All CLS-Class models offer relaxed, comfortable cruising when desired, but also the ability to turn up the wick and engage a curvy road with grace. The ride quality is unperturbed by most road conditions, thanks to adaptive shocks that smooth over the worst of the pavement.

An AMG-tuned CLS63 AMG cranks out up to 585 hp to the rear wheels via a 7-speed dual-clutch transmission. It delivers nearly supercar-level acceleration; 0-60 mph runs happen in 3.5 seconds. It also sports impressive handling for a large sedan, thanks to a wider track, sticky tires, and an AMG-tuned adaptive suspension. It’s the driver’s choice of the CLS family.

The 2018 Mercedes CLS skimps on back-seat and trunk space, but the interior is gorgeous.

Its front seats are supportive and the cabin is sumptuous, but the back chairs in the Mercedes CLS are scant on room. We give it a 7 for comfort. (Read more about how we rate cars.)

Based on the prior-generation E-Class sedan, the CLS offers a snug but welcoming place for front passengers. Soft leather buckets adjust 14 ways and offer lots of support, while even tall drivers and passengers will find enough room under the headliner and sunroof. On AMG models, the front seats have constantly adjusting bolsters that give extra support when the car corners.

The front passengers get swept up in the lush wood and leather trim of the CLS. It’s always been the more stylish cousin of the E-Class, and the sheer amount of wood–and the many shades and varieties offered by Mercedes–make the CLS seem more a Maybach.

The extravagant roofline of the CLS impinges on back-seat room. Rated a four-seater, the CLS has a console that splits the back into two bucket seats that have plenty of bolstering. What’s missing is good head room; tall passengers will slouch to find acceptable space and to avoid contact with the roof both when sliding into the CLS and when seated upright. A standard E-Class is a better choice for those who share their ride with other grown-ups.

The CLS doesn’t have an abundance of small-item storage, just enough. At 11 cubic feet, the trunk is small; a Honda Civic has more storage space.

The CLS-Class hasn’t been crash-tested in some time, so we don’t assign it a safety rating. (Read more about how we rate cars.)

The CLS does offer some of the latest safety technology, though not as much as the new E-Class that bowed last year. The CLS has a standard rearview camera and Bluetooth.

Outward vision is good to the front and sides, but the CLS has thick rear pillars, which makes the surround-view cameras a very good idea.

The 2018 CLS-Class is no stripper, but options are slim as a new model waits in the wings.

In its final model year in its current form, the 2018 CLS-Class has been pared down to a couple of models. It’s worth a 7 for its standard and optional features. (Read more about how we rate cars.)

The COMAND interface continues to give drivers many confusing, indirect paths to run phone, navigation, and audio. Governed by a control knob, voice commands, or steering-wheel switches, its non-touch 8.0-inch display can show Google maps, local weather, or smartphone-based apps, all accessible after multiple spins, taps, clicks, and switches.

The 2018 CLS-Class gets middling fuel economy.

The CLS-Class is V-8-only this year, which sends its fuel economy score down to a 6. (Read more about how we rate cars.)

With its exceptionally powerful AMG-tuned engine, the CLS63 doesn’t fare as well. It manages 16/22/18 mpg.