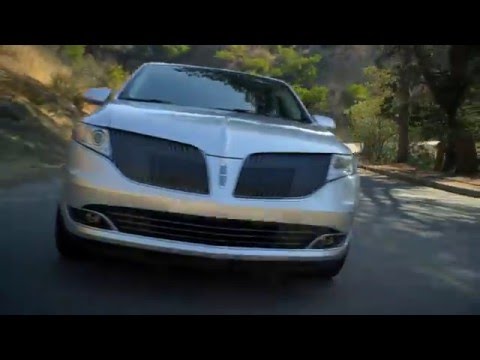 We think the EcoBoost V-6 models are the way to go—even if they won't deliver the mileage that their EPA ratings suggest.

The 2016 Lincoln MKT has a polarizing style for a crossover wagon; combined with its comfortable, super-spacious interior and muscular powertrains, it's still an outside pick, especially against other luxury crossovers.

Although the Lincoln MKT hails from another era in the Ford Motor Co. luxury brand's history (it remakes itself every few years), this three-row crossover utility vehicle is as much of a trendsetter today as it was when it was first introduced six years ago.

Credit the MKT's exterior styling, which stands as quite daring even today. It might not be attractive or appealing to all tastes, but it's helped show that both large crossover wagons and Lincoln don't need to be so rigidly defined. We'll admit to being fans of the look—some of us, at least—especially after a 2013 updated slimmed down the grille and headlamp configuration. Yet, as slow sales will attest, not everyone has given this model the same chance.

In design, the MKT has several symbolic nods back to the martini-era Lincoln land yachts of the 1960s, although underneath it all it's essentially a version of the contemporary, uber-boxy Ford Flex—just with a very different wrapper. The part of the MKT that some will have trouble warming up to is the heavy, unfinished look of the tail, which has a thin ribbon of taillights and badging; and some might note that the rear portion of the silhouette is oddly hearse-like.

Inside, the MKT has had its materials upgraded, especially with that last refresh in 2013. Then, the sea of matte metallic material was replaced by a darker look, with the new MyLincoln Touch infotainment sitting front and center, coupled with fashion-victim-style, capacitive-touch audio and climate controls in place of conventional knobs and switches. And there's a nicely detailed, configurable cluster that can show some MyLincoln Touch information, like navigation instructions, right in front of the driver.

The base MKT has front-wheel drive and a 3.7-liter V-6, while the optional engine, a 3.5-liter turbocharged V-6, is paired exclusively with all-wheel drive. Models with the 3.7-liter V-6 make 303 horsepower and 278 pound-feet of torque. Based on what we've experienced of this engine in other vehicles, like the nearly identical Flex, it feels surprisingly strong and works well with its 6-speed automatic transmission. All-wheel-drive MKT models with the EcoBoost V-6 make 365 hp and 350 lb-ft of torque, which is paired to a 6-speed automatic transmission with steering wheel-mounted paddle-shifters. Power delivery in those models is strong and smooth, with just a touch of sporty engine note.

The MKT has very nicely sorted ride and handling and is one of the best large crossovers to hustle along backroads. It's a barrel-chested linebacker, and the capable suspension can handle a lot of roughhousing, even if some corners are just too tight for such a long car. Lincoln quickened the MKT's steering ratio for 2013, adding electric power assist at the same time. EcoBoost models also have a three-mode continuously controlled damping suspension that can react quickly to changing surfaces and conditions.

Lincoln's Town Car is long gone, and it's the MKT that's the immediate inheritor to that throne. It's a vehicle that works well as an executive shuttle; yet it's also a particularly luxurious family wagon. As such, you can choose between a six-passenger version with twin bucket seats in the first two rows and a two-seat bench in back, or a seven-seat version that replaces the middle row of chairs with a bench.

In both the first and second rows, the MKT provides uncommon support and space in every direction. The front seats remind us of those in Volvo products (which is high praise), and they're great for covering hundreds of miles in a day, with underlying firmness yet pillow-cozy comfort. In front, there's a very wide range of seat and steering-wheel adjustment to help bring a great driving position. And in the second row you'll find seat heating and cooling, plus wide-opening doors and plenty of leg room for adults. The third row is a challenge for larger folks—not so much because of space itself but because it's hard to enter and exit—even though the second-row seats are power-folding.

There's about as much cargo space in the MKT as you'll find in a large sedan. Fold down the seats and you can have access to nearly 76 cubic feet—seriously van-like, with a nearly flat cargo floor.

The MKT has been rated well for occupant protection, and it's equipped with many advanced safety features. Each MKT has standard front, side, and curtain airbags (which extend through all three rows); stability and traction control; anti-lock brakes; a rearview camera; blind-spot monitors; and adaptive headlamps. Also on the list is a rear seatbelt airbag system for those in the outboard positions of the second row; the inflated belt helps spread impact force across a wider area of the wearer's body.

This vehicle hasn't been tested by the IIHS for 2016, but earned mostly "Good" scores in 2015 testing. The MKT has not been tested in the agency's tough small-overlap crash. The Lincoln hasn't been tested by the federal government in recent years, but it has earned some impressive ratings in the past and includes a solid list of safety options—including active parking assistance, lane-keep assist, forward collision warning, adaptive cruise control, and blind-spot monitors. The MyKey system is also available and lets parents program certain vehicle settings for teen drivers.

As for other features, if you stick with the default spec for the MKT, you likely won't be let down; it includes a large fixed-panel panoramic sunroof; dual-zone climate control; Lincoln SYNC; MyLincoln Touch; a keyless entry control pad located in the door frame; remote start; high-intensity discharge headlamps with automatic high-beams; heated and cooled 12-way front seats; seven-passenger seating; and keyless ignition with MyKey. The only option available on the 3.7-liter model is the inflatable second-row safety belts, but the EcoBoost model can be optioned with heated, cooled, and powered second-row seats, which make the MKT a six-seater.

There are essentially two option packages. The Elite Package, which is only available on the EcoBoost model, adds the power-folding third-row seat, HD Radio, a THX II-certified audio system, a heated steering wheel, and voice-activated navigation. And with the Technology Package, which requires the Elite Package, you also get adaptive cruise control and collision mitigation, active park assist, and active lane control. On top of that, you can add a second-row refrigerator console, a rear-seat entertainment package, a power panoramic roof, 20-inch wheels, and a tow package.

Pricing may prove a sore point against other crossover models with finer luxury pedigree, as the MKT can reach up past $55,000, fully optioned.

Be the first one to write a review on 2016 Lincoln MKT
Rate and Review your car for The Car Connection! Tell us your own ratings for a vehicle you own. Rate your car on Performance, Safety, Features and more.
Write a Review
USED PRICE RANGE
$10,994 - $32,000
Browse Used Listings
in your area
8.4
Overall
Expert Rating
Rating breakdown on a scale of 1 to 10?
Compare the 2016 Lincoln MKT against the competition
Compare All Cars
Looking for a different year of the Lincoln MKT?
Read reviews & get prices
Related Used Listings
Browse used listings in your area
See More Used