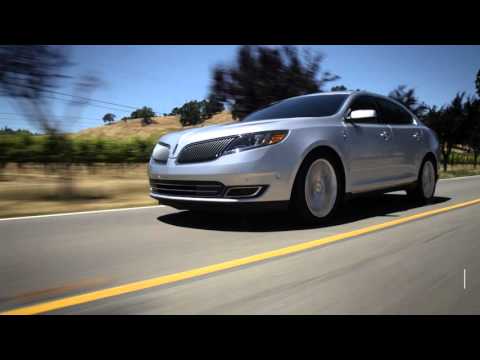 Keep in mind that if you drive rapidly, the EcoBoost engine will likely not deliver anything close to its EPA ratings.

The 2016 Lincoln MKS offers a kind of luxury that's understated and reserved—although from the driver's seat it's a little more inspiring than you might expect.

With the Town Car long gone, and a new Lincoln Continental flagship sedan still a model year away, the MKS holds down the fort as Lincoln's largest, most luxurious sedan for one more year.

In the meantime, the MKS is something of a sleeper—a comfortable, competent, well-appointed sedan that's also quite quick and athletic. It's a distant relative to the ancient land barge that could describe most Lincoln sedans of the past.

Yet a lot of luxury shoppers might not even consider the MKS, either because of its ubiquitous, unremarkable styling or because of the Lincoln brand itself—which hasn't meant much at all, especially to those on the coasts, for the past several years but is starting to get more of an emphasis on design and technology.

From a design standpoint, the MKS does have a hard time standing out from a crowd that already includes models like the Infiniti Q70 (formerly M37), the latest (sportier and more elegant) Lexus ES, and the soon-to-be head-turning Volvo S90. And that's even before considering the Audi A6, BMW 5-Series, and Mercedes-Benz E-Class—all models that sit perhaps a half-step above due to their sport-sedan pedigree. The MKS has a profile that looks a bit dated in today's market, with a high beltline and short, abbreviated roofline arch. Last year the decklid was reshaped slightly for usability, which brought a winged trim strip across the back, a la Jaguar XJ. Inside, the MKS has a restrained look, with a rather low-set dash, and trims and surfaces that don't quite have the opulence to match luxury-brand alternatives.

The 2016 MKS offers strong performance, although it's by no means dynamically on par with German sport sedans. This is a model that feels strong yet refined and mature—so it's fair to say that it's a luxury car, first and foremost. At the base level there's a 304-horsepower, 3.7-liter V-6 that moves the car smartly but without much excitement. That engine can be paired with front-wheel drive or all-wheel drive. From there you can step up to the 3.5-liter EcoBoost V-6, a twin-turbo engine making 365 hp, with standard all-wheel drive that helps put its accessible 350 lb-ft of peak torque to the ground. From the driver's seat, the pull of the EcoBoost engine can easily be mistaken for a V-8, although its ripe, baritone exhaust note is unique.

All powertrain combinations come with a 6-speed automatic transmission. The electric power steering offers a quicker ratio then before, while the suspension uses continuously controlled dampers at all four corners to help improve ride and handling simultaneously. It also adds up to a driving personality that's a little more eager than you might guess. All MKS models come standard with Lincoln Drive Control, providing settings for suspension, steering, and powertrain settings.

What you get inside the MKS is very pleasant. There's all-day comfort in front and good support from the seats, as well as a relatively quiet ride, thanks to an active noise cancellation system. For such a large sedan, it's a bit surprising that head room is so compromised; taller adults will find their heads mashed up against the headliner—the result of the rear glass and arched roofline.

Lincoln has done a decent job in keeping this interior updated in terms of materials (it cut the matte-metallic trim out a few years ago), but this cabin dates back to the 2009 model year. Although the new configurable gauge cluster introduced with the last 2013 refresh are a step forward, the fidgety capacitive-slider controls aren't. This is also the older MyLincoln Touch system, which can be complex to learn, but it has extensive control over the car's functions—so it's essentially sink or swim.

In federal testing, the MKS scores an excellent five-star overall rating, with its only four-star score coming in the rollover analysis. The Lincoln MKS used to earn a place on the IIHS Top Safety Pick list, but this year it misses that due both to a "Poor" small overlap frontal rating and only a "Basic" performance level in the front crash prevention category. There's an optional collision warning system for the MKS, but none of the fully automatic braking systems that are rapidly becoming widely available on luxury cars. Lane-keeping assist, lane-departure warning, adaptive cruise control, and an active-parking system are all optional, though.

Pricing for the MKS starts at around $40,000 and, fully optioned, reaches heights (nearly $55,000) that are going to seem like silly money to many luxury shoppers outside Dearborn. The Elite Package adds voice-activated navigation, multicontour front seats, premium wood trim, blind-spot monitoring with cross-traffic alert, a THX II certified sound system, power-adjustable pedals with memory, and a few other extras. A Technology package adds active park assist, lane keeping, and adaptive cruise; and then a Cold-Weather package brings a heated steering wheel and heated outboard rear seats, plus a dual-panel moonroof.

EPA fuel economy ratings are quite good for the MKS, ranging up to 17 mpg city, 26 highway, 20 combined with the 3.7-liter. Add all-wheel drive to that engine and the mileage falls slightly to 17/24/19 mpg. The EcoBoost/all-wheel drive combination isn't all that Eco, though, at 16/24/19 mpg, and you'll likely see lower than that if you take advantage of this powertrain's pep.

1 Review
5 star
4 star
3 star
100%
2 star
1 star
Rate and Review your car for The Car Connection! Tell us your own ratings for a vehicle you own. Rate your car on Performance, Safety, Features and more.
Write a Review
2016 Lincoln MKS 4-Door Sedan 3.5L AWD EcoBoost

I’ve had negative experiences overall with all 3

1—The interior is the most infuriating, poorly designed ergonmically, and frustrating aspect of the car; I will give the car credit where due toward the end of describing the interior:

1. It’s missing a wiper stalk, instead there’s a knob on the turn signal stalk. You can either use rainsensing wipers and control the sensitivity with the knob, or have a fixed rate (if you turn rain sensing off through the left side menu). Single wipe is the same button for washing the windshield. Why would rainsensing wipers need different sensitivities?? Counter intuitive, especially when you consider even the highest setting rainsensing wiper lets the whole windshield get covered for a few seconds before wiping if it starts as a light drizzle.

2. The ac vents can’t be closed you can only point them in different directions, there’s no light or chrome to find either of these in the dark; (but they remembered to light the cupholders funny enough).

3. The interior overall is bland at best, a million different panels make up the center console, it looks messy just like in the taurus. The dashboard and door in lower end models is just two poorly alligned panels of chrome and a bit of wood. The full wood trim on upper end looks nice but the soft leather in the lower end feels nice

4. The only physical gauge the car has is the speedometer; and the digital display for the other features is awful. The car generally offers very little information on the more baseline levels; your only choices are look at the fuel economy; how many miles you have left until empty, or a jawdroppingly ugly tach with a cheap looking fuel bar gauge and the OPTION to see your temp gauge.

You can’t see it at all if you have the display on current fuel economy or miles to empty; using a paddle ahifter takes you out fo this screen and immediately to the low quality tachometer.

You can’t see any of your information, and use paddle shifters at the same time; NO OTHER CAR (that I’m aware of) does this. It forces you out of the screen your on to show you the gear you’re shifting into.

ON TO THE GOOD THINGS: leather is everywhere and very soft and very nice. The car is roomy, and the sunroof is huge. Personally I don’t like it, but with the black interior you get a really nice black headliner; and the car looks great with khaki interior. The steering wheel feels suprisingly nice in your hand too, soft smooth leather and a bit of wood trim.

1. 3.5l and 3.7 are both pretty awful but I’ll mostly complain about the ecoboost 3.5 in this scenario. With all that torque you get your power quickly but the car would: stutter when you lift foot off the gas; hold gears too long especially after 45mph, upshift very roughly; (I noticed this on the 3rd lincoln the most so it kight be specific to that, otherwise I got more aware and sick of the car from having had 3), and the engine note was AWFUL.

At 45mph the car is in 4th sometimes in 5th, but usually in 4th. The car doesn’t actually upshift until you hit 60, this is noticeable when you coast because the car is revving at almost 3k rpms almost every time you coast at 55mph; the 3.7 didn’t have this issue. Breaking was fine, best ever from a ford; although I wish you could turn torque vectoring off as a standalone. Handling is sloppy but that’s an unfair thing to criticize a large sedan on.

2. Suspension was great, really soft ride. Engine was a bit noisy wind noise was well managed seats were comfy for long drives and with the bells and whistles included you had plenty to distract you; but honestly without them you had nothing. THX sound system is a must get, you don’t buy a lincoln to enjoy driving it you buy it for the features. Trunk could fit two bodies in there (I fit twice almost).

3. Fuel economy was just barely over 19mpg in the exoboost almost entirely highway. Same fuel economy I’d get in an old jeep I had, the eco in ecoboost is a big lie. They should've put the mustang v8 in there instead of a truck engine. Natural aspiration > turbo ford for fuel economy.

A full tank got barely over 300miles and currently costs a little over 50$ to fill up. Regular gas costs about 2.88 in my area (top of my head)
+ More »
people found this helpful.
Was this review helpful to you? Yes
USED PRICE RANGE
$13,995 - $26,995
Browse Used Listings
in your area
7.6
Overall
Expert Rating
Rating breakdown on a scale of 1 to 10?
Compare the 2016 Lincoln MKS against the competition
Compare All Cars
Looking for a different year of the Lincoln MKS?
Read reviews & get prices
Related Used Listings
Browse used listings in your area
See More Used