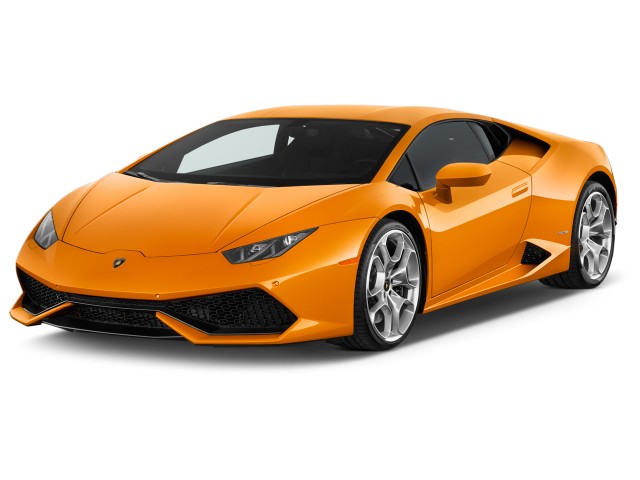 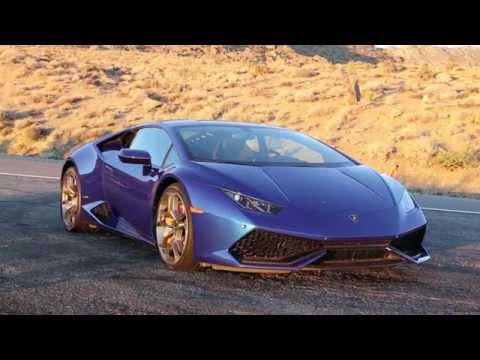 The Lamborghini Huracan is a once-in-a-lifetime car, so why not let the world see you in the convertible?

The 2016 Lamborghini Huracan may be the automaker's "entry car," but we think it's the best one they make.

For some enthusiasts, the Lamborghini name stands for the Countach, the ultimate 1980s poster car. Others think first of the Aventador, a state of the art supercar with outrageous speed and style.

For the hardcore fans, Lamborghini means the Huracán, the blistering two-seat supercar that replaced the Gallardo in the Italian automaker's lineup. It's the best Lamborghini performance car built to date, with a balance that belies its German roots, and an unmistakable V-10 rap that gives up its Sant'Agata roots in a single note.

The two-seater carries over largely intact for 2016, but the Huracán LP 610-4 adds a Spyder roofless companion, as well as cylinder deactivation for its V-10 engine. Among the new features for 2016 are a Sensonum 390-watt audio system with 10 speakers, a sport exhaust system, and LED lighting for the engine compartment.

Built to take the place of the Gallardo in Lamborghini’s modern two-car lineup, the Huracán sits below the Aventador in price, but not necessarily in performance or style. Sleek, smooth, and aerospace-inspired exterior lines pair with angular, aggressive vents and scoops to yield a look that’s at once futuristic and reminiscent of the legendary Countach’s wedge shape. It's all scoops, ducts, intakes—all the usual Lambo styling cues—but here they're all living in harmony. The huge cuts and corners tuck perfectly into its dart-like body. It's a fresh take on Italian supercardom, and it's going to look fresh for years to come.

Inside, the cockpit looks closer to the Blue Angels than anything else on the road. It's festooned with guarded switches and toggles laid out in a decidedly driver-centric system. The instrument panel is a single large LCD screen, displaying everything from navigation data to engine speed, temperature, and more, enhancing the modern, jet-like look. The dash is otherwise a simple affair, adorned with the Lamborghini logo. It's a little intimidating, as it should be.

Mounted just behind the two occupants sits the 5.2-liter V-10 engine, rated at 601 horsepower and 413 pound-feet of torque. Though it shares its core design with the engine found in the Gallardo, the vast majority of engine parts have been revised and redesigned to improve both power and free-revving characteristics, making the Huracán’s engine very responsive. It'll rocket from zero to 60 mph in about 3.2 seconds, and to a top speed beyond 202 mph.

Power is sent to all four wheels through a new electronically controlled center differential, a notable upgrade over the viscous center coupling of the Gallardo. The new differential allows power to be preemptively distributed around the car, with up to 50 percent of power flowing through the front wheels, though the static distribution is a 30/70, front-rear split.

One of the reasons the Huracán transcends its track-only look is a set of magnetically controlled dampers, which stiffen and soften very quickly—much quicker than air dampers could—thanks to information delivered by three on-board accelerometers and three gyroscopes. That gives it more precise and quicker readings of vehicle state and conditions of roll, yaw, and traction. It can predict its behavior better—and respond better.

Steering is electric, and while feel isn’t as good as you’ll find on some other high-end supercars, it’s accurate, and the available dynamic steering ratio provides quick, sporty input. On track, the Huracán is mostly balanced, exhibiting some power-on understeer, but largely doing precisely what the driver requests.

Three modes allow the driver to select from the very safe but conservative Strada, the more playful but still reserved Sport, or the track-worthy Corsa—which still provides a safety net should the car get truly out of shape.

Mild-mannered it's not, but Strada mode is where there's a relative calm in the Huracán's power delivery, where the 7-speed dual-clutch transmission mutes shift shock. Where the magnetic dampers take the edge off mismatched road surfaces. But once you flip the toggle on the steering wheel to Sport mode—or Corsa, the track setting—that calm dissolves into a frenzied search for the outer extremes of grip and acceleration. Corsa mode dials back the stability and traction control and still, it's poised and composed and controllable. It's shockingly easy to drive the Huracán quickly.

The most shocking thing about the Huracán might be its intoxicating blend of hypercar style and stick, with a healthy measure of daily driver comfort. The cabin sits low to the ground, but it is fairly spacious, with ample room for two occupants well over 6 feet tall. The seats are well bolstered and supportive, and visibility is excellent—as long as you’re looking forward or to the sides. Rearward visibility is nearly nil thanks to the louvered engine compartment cover. The Huracán is low and wide—excluding the mirrors, the car is 75.8 inches wide—so it's not exactly maneuverable in tight confines. Cargo space is minimal in the Huracán, with a front trunk area holding little more than a single roll-on bag.

Despite some small inconveniences, the Lamborghini Huracán LP 610-4 is easily the best Lamborghini we’ve driven to date, suitable for both days at the track and weekends on the open road. If you’re in the market for a design-driven supercar, the Huracán should be the first stop on your list.

Supercar performance and fuel economy are inversely proportional, and the Huracán doesn't defy that convention. According to the EPA, the Huracán is rated at 14 mpg city, 21 highway, 17 combined.