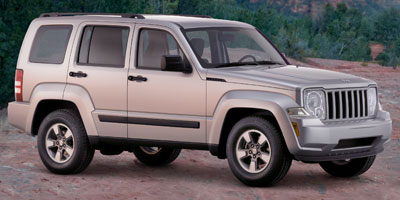 The latest Liberty represents a solid value, and factory incentives sweeten the pot even further.

The 2009 Jeep Liberty is a very capable SUV, but one that might not be right for most everyday drivers.

The 2009 Jeep Liberty defines SUV-lites by not being one. The Liberty’s fresh shape, combined with its 4x4 heritage, provides consumers with the rugged Jeep image that has long been the Jeep brand’s appeal.

The 2009 Jeep Liberty’s exterior appearance is a masculine twist on the former version, which was more softly rounded. The interior is restyled, with some of the materials that get complaints from TheCarConnection.com’s writers, but plenty of cool features, such as a music hard drive system, are installed.

Reviewer criticisms of the Jeep Liberty range from tepid praise to downright harsh. Their remarks, however, reveal something important about SUVs; there are subsets to this huge segment of vehicles and it’s important to know what you want your vehicle to do while you’re evaluating alternatives.

For instance, do you require an SUV to be off-road capable or a vehicle that looks the part while commuting to and fro around town in comfort? The Jeep’s on-road ride and handling are not as carlike as some other SUVs that couldn’t begin to keep up with the Liberty off road; the changes for this year don't really change that. The Liberty's 3.7-liter V-6 is torquey enough, but acceleration is nothing special, nor is fuel economy.

If you’ll never go off road in a million years, consider other SUVs. There are plenty of SUV-ish crossovers out there. However, if you’re apt to put a wheel on a trail or have another genuine need for the kind of performance that the Liberty provides, spend some time in one and you’ll be impressed. It’s important for SUV shoppers to know what they want their truck to do. In other words, pick the right tool for your job, and you’ll probably be happy with your choice.

While the 2009 Jeep Liberty comes standard with a host of standard safety features, such as side and side-curtain airbags and electronic stability control, plus several electronic off-road aids, it only achieves a worrisome Marginal rating from the IIHS in side-impact safety. Other crash-test results are more positive.

While there is a familial link to the Nitro, the 2009 Jeep Liberty is distinguished from the Dodge by the Jeep hallmark grille and other details.

The 2009 Jeep Liberty’s look is much more in keeping with its formidable off-road capabilities—something the previous generation’s rather girl-friendly design kept hidden.

Motor Trend says that with the Liberty, Jeep has amped up the manly appeal: “it gets a more macho-looking Jeep seven-slat grille, replacing the more rounded, friendly-looking grille that ironically has been applied to the iconic, macho Wrangler.” As TruckTrend.com recognizes, the Jeep Liberty’s “[e]xterior changes include squared-off headlamps, a flattened hoodline, and a less rounded body—Jeep has definitely masculinized the Liberty's styling.”

NYTimes.com observes, “The 2009 model, about two inches longer than its predecessor, has an unmistakable Jeep grille combined with squared-off, go-anywhere pugnacity.” For the editors here at TheCarConnection.com, the Jeep Liberty is now a more handsome vehicle, with a more rugged shape that shows off the promise of its off-road performance.

“The interior has sobered up. In place of the collection of design-y circles that made the old interior look something like a toy is a theme of straight lines and flat surfaces. It is similar to — surprise — the Dodge Nitro,” reports Edmunds of the interior design.

Off road, there are few compact or mid-size SUVs that scramble up hills or drive off cliffs as well as the 2009 Jeep Liberty. In order to do this, some on-road compromises are made.

The 2009 Jeep Liberty is a true dual-purpose SUV that you can actually drive off road on tough trails, without too many resulting on-road compromises.

Edmunds complains about the Jeep’s performance in routine driving duties. “The V6 engine is torquey enough to live up to its Jeep heritage, we suppose, but the progress of the Liberty (4,030 pounds in 2WD, 4,222 pounds in 4WD) is best described as deliberate. The automatic's shifts are a bit clunky. Simply put, there are far better powertrains out there.” When trail-running, Truck Trend observes, “Engine power was sufficient and throttle response smooth. The automatic-transmission and transfer-case gearing helped us to climb extremely steep sections, as you'd expect a Jeep to be able to do.”

In conclusion, the NYTimes.com says, “On the road, the Jeep’s ride and handling could be charitably described as unfortunate. Sometimes a vehicle with a comfortable ride doesn’t handle very well. Sometimes a good-handling vehicle has an uncomfortable ride. The Liberty managed both a poor ride and lackluster handling, which is a stunning lack of achievement.”

The 2009 Jeep Liberty lacks some overall refinement compared to other SUVs and crossovers.

The interior of the 2009 Jeep Liberty is just fine for most needs. However, some SUVs have higher-quality interior materials, and car-based crossovers tend to be roomier, as their floors can be lower.

ConsumerGuide must employ editors with shorter legs and longer torsos, as they contend the interior had “fine legroom, but headroom is limited for tall occupants, despite a high build. The cabin feels narrow and snug overall, though Liberty's high-set seats provide a commanding view of the road.” Edmunds notes, “Compared to the outgoing Liberty, the '09 model has a wheelbase that's nearly 2 inches longer. All of that extra length has been given over to the rear-seat passengers, who badly needed it. The legroom is still tight, but being forced to sit in the back of a Liberty no longer violates the Geneva Conventions.”

The 2009 Jeep Liberty has all the expected safety equipment, but a few crash-test blemishes keep it from scoring particularly well.

The Insurance Institute for Highway Safety (IIHS) rates the Liberty “good” for front impacts but “marginal” for side impacts. In crash tests conducted by the National Highway Traffic Safety Administration (NHTSA), the Jeep Liberty scores five stars for front and side impacts.

“After a report came in from an enthusiast magazine about a rollover of the former model during testing, Jeep made some modifications to the Liberty's suspension. The improvement garnered the Liberty an additional star in the government's rollover rating. We anticipate the '08 Liberty will do at least as well now that Jeep has widened the new SUV's track by an inch up front and slightly more than an inch in back,” states Edmunds.

Rain-soaked or snow-covered roads won’t pose much of an obstacle to the Liberty. Jeep’s Command-Trac and Selec-Trac II four-wheel-drive systems are very capable. Internet Auto Guide says, “Both four-wheel-drive systems make the Liberty highly capable off road, and they are aided by the addition of Hill Start Assist and Hill Descent Control.” Even the seemingly testy NYTimes.com admits, “To Jeep’s credit, all the good safety equipment is standard.” While Jeep has strayed away from its roots of producing only highly capable off-road vehicles, the 2009 Jeep Liberty remains a true rock-hopper. The same characteristics that make for good off-road performance can also enhance on-road safety when the weather turns ugly.

Used Jeep Liberty for sale near

While much of what’s in the 2009 Jeep Liberty is standard fare, one feature catches the attention of almost every reviewer: the huge canvas sunroof.

The 2009 Jeep Liberty has a big list of available features, including removable fenders for the true off-roaders, but it’s the Sky Slider canvas roof that grabs the attention of most reviewers.

Internet Auto Guide says, “For wow factor, it will be hard to beat Jeep's Sky Slider canvas roof. This power rolling canvas top runs nearly the length of the vehicle, and can be opened front-to-back or back-to-front.” Truck Trend raves, “Our favorite interior change is the industry-exclusive Sky Slider optional power sunroof, which almost makes the Liberty feel like a convertible when it's fully open.”

In addition to the Sky Slider, the 2009 Jeep Liberty “is offered in two trim levels, both with rear- or four-wheel drive,” reports Internet Auto Guide. “The models are Sport ($20,330), Sport 4WD ($21,940), Limited ($24,515), and Limited 4WD ($26,125). The lone engine is a 210-horsepower 3.7-liter V6. Sport models come standard with a six-speed manual transmission; a four-speed automatic ($825) is optional for Sport and standard on Limited. The base four-wheel-drive system is Jeep's Command Trac, a part-time system designed for off-road use. Also offered is Selec-Trac II ($445), a full-time system that allows use of four-wheel drive on dry pavement. Both systems have low-range gearing.”

MSN Autos points out some practical features: “Nifty touches: I appreciated how easy it is to fold down the rear seatbacks for additional cargo room. I did it with just one hand. It's also easy to get into the rear cargo area of the Liberty from the back of the vehicle, thanks to the new swing gate/flipper glass system that Jeep is patenting.” Going back to the Dodge Nitro comparison, Automobile Magazine comments, “while there's no Load 'n Go sliding load floor like on the Nitro, there is waterproof under-floor storage bin.” Inside the Liberty, Jeep clearly considers practical conveniences—and about cleaning up after a seriously dirty adventure.

Other notable upgrades in the 2009 Jeep Liberty involve an increase in available features, from big-ticket items to smaller, more subtle updates, including Bluetooth, a MyGIG audio system, and rain-sensing wipers.

Be the first one to write a review on 2009 Jeep Liberty
Rate and Review your car for The Car Connection! Tell us your own ratings for a vehicle you own. Rate your car on Performance, Safety, Features and more.
Write a Review
USED PRICE RANGE
$6,980 - $15,998
Browse Used Listings
in your area
7.0
Overall
Expert Rating
Rating breakdown on a scale of 1 to 10?
Compare the 2009 Jeep Liberty against the competition
Compare All Cars
Looking for a different year of the Jeep Liberty?
Read reviews & get prices
Related Used Listings
Browse used listings in your area
The Car Connection Daily Headlines