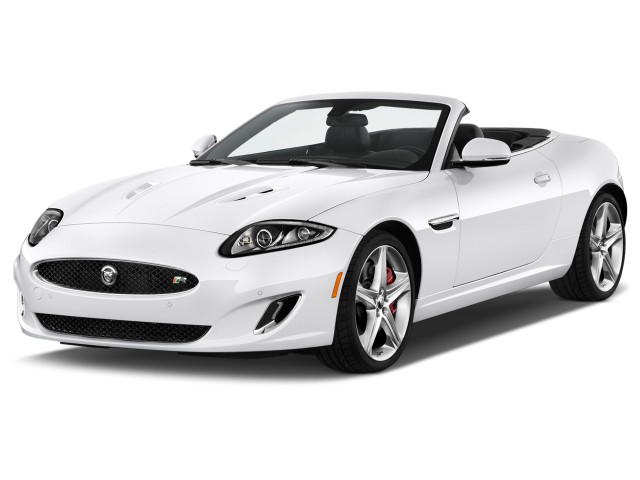 Take both the Jaguar XK and the all-new Jaguar F-Type for a test-drive. While the XK is more of a traditional luxury and touring coupe, the F-Type might be comfortable enough for some.

While the glorious new F-type sports car might have stolen some of the limelight, the 2015 Jaguar XK lineup remains one of the most gorgeous and desirable grand-touring cars on the market.

For at least one more model year, the Jaguar XK lineup essentially carries over unchanged. And the truth is, with the more rambunctious F-Type here in many versions and variants, the XK has taken a step back from center stage. While the 2015 Jaguar XK models (and the higher-performance XKR and XKR-S variants) remain exciting grand-touring cars, the F-Type is what is truly queuing up eager enthusiasts.

In the meantime, with an all-new XK more than a year away, the 2015 Jaguar XK continues to show its strengths for those who want more of a luxury tack, skipping the F-Type's rorty, more direct demeanor in favor of something a little more elegant. It's all wrapped in a sleek and sexy shell, offering a uniquely British experience. The cabin of the XK got minor updates last year, but mostly carries forward unchanged since its 2007 debut. Simple shapes, relatively few buttons, and straightforward organization are hallmarks that every brand should aspire to. Wood or metallic trim elements, sumptuous leathers, and knurled knobs make the controls and touch surfaces as tactile as they are beautiful.

As a coupe or convertible, the 2015 XK is all-aluminum, so it performs better than its plush presentation might suggest; and there's a sporty quality to its handling that's often lost in the translation from sports car to larger grand tourer. With a complement of V-8 engines, the XK's performance sounds authoritative but not too flamboyant, and its 385-horsepower, 5.0-liter V-8 moves it confidently and quickly. Rear-wheel drive delivers optimum handling dynamics, and a six-speed paddle-shifted automatic handles the gear changes. The supercharged XKR sports 510 horsepower, cutting zero to 60 mph times from 5.2 to 4.6 seconds. Stepping up even further, you'll find the XKR-S, with 550 horsepower and a sharper suspension, along with 4.2-second 0-60 mph times and a top speed of 186 mph. All XK models use a six-speed ZF automatic transmission with paddle-shift controls, and all drive the rear wheels.

The XK certainly isn't all about power and speed. An adjustable suspension can take the edge off the sportier side of life when desired, and the cockpit is comfortable, elegant, and warm. Wood and metallic trim, natural leather hides, plush carpeting, and well-formed seats give the luxury look and feel you expect from Jaguar. Billed as a two-plus-two, but effectively a two-seater with seat-shaped parcel shelves behind the front row, the Jaguar XK is nevertheless comfortable and relatively spacious for those two passengers. The trunk is rather small, though coupes fare better than convertibles, with 11 cubic feet of space to the drop-tops' 9 cu. ft. In Convertibles especially, the style-focused rear end looks great, but leaves little room for hard-sided suitcases--weekend getaways will be best achieved with soft, and smallish, duffels.

Neither one of the U.S. agencies that do crash-testing has rated the Jaguar XK, which is common with low-volume, premium vehicles. But its bonded-aluminum, aerospace-style construction is touted as a superior layout for occupant protection; it also includes a full set of standard airbags, the rearview camera, and electronic stability and traction control. A rearview camera was added as a standard item last year, joining front and rear parking sensors as compulsory equipment. Coupes also have curtain airbags, while optional safety equipment on the lineup includes adaptive headlights and active cruise control.

The XK's infotainment system--particularly the touchscreen-driven interface--is where you'll find the XK to lag its rivals. But otherwise its feature set is top-notch, and if you're willing to spend some extra money on things like the excellent Bowers & Wilkins sound system, you'll be rewarded.

The 2015 Jaguar XK Touring is essentially the base model of the lineup, available as a coupe or a convertible and including a premium sound system with satellite radio, rearview camera, heated 10-way power adjustable front seats, parking sensors, steering-wheel audio and phone controls, keyless entry and push-button start, automatic climate control, Bluetooth, navigation, leather upholster, and power accessories. The performance-oriented XKR gets the standard XK equipment, and gains additions that are largely focused on traction and handling, though it also gets Adaptive Front Lighting dynamic headlights, HD Radio, and unique Jaguar R styling elements inside and out. And for the hardcore XK driver, the XKR-S takes the XKR's features and adds numerous performance features, plus 16-way power adjustable leather performance  seats, a Poltrona Frau leather headliner, and bright stainless steel pedals.

2 Reviews
5 star
4 star
100%
3 star
2 star
1 star
Rate and Review your car for The Car Connection! Tell us your own ratings for a vehicle you own. Rate your car on Performance, Safety, Features and more.
Write a Review
2015 Jaguar XK 2-Door Coupe XKR