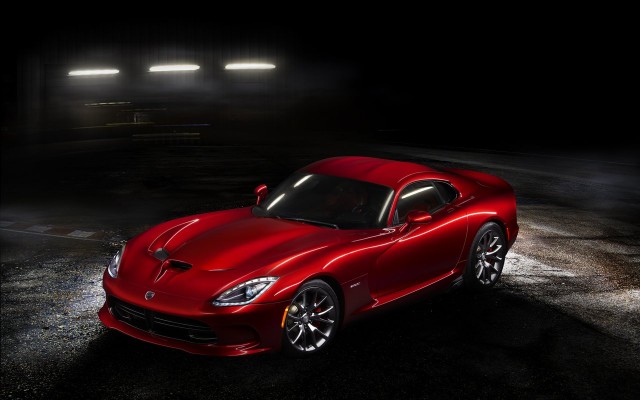 Consider whether you're equipped to handle the Viper's fearsome performance. Even with all the safety aids added to the new Viper, it's more car than most people can really comprehend.

The 2013 Dodge SRT Viper is undeniably a supercar, fearsome in its aspect and performance, but it still has some rough edges--and might not command the respect an Italian or German marque would.

A new logo, a tweaked name, a new look, and a new drivetrain: the 2013 Dodge SRT Viper is reborn, back after a two-year hiatus and Chrysler's acquisition by Fiat. Will it live up to the old one's reputation for ferocity, performance, and outright speed? Might it even repair the last Viper's somewhat blemished build quality?

Based on what we've seen at the official reveal of the 2013 Dodge SRT Viper at the 2012 New York Auto Show, the Viper is poised to bite back with a new level of driving finesse and interior craftsmanship.

The Viper's all-new exterior is both brand-new supercar sheetmetal and an evolution of the former car. Modeled after snakes and the human body, the Viper's sheetmetal is smooth and curvaceous, not creased, and has the familiar very low snout and upkicked tail of the original Viper--as well as some of the same distinctive bulbous look. Stitched leather upholstery, a sculpted, high-tech dash, metal accents, and a general air of fit, finish, and quality that was completely lacking in the just-a-notch-above-race-car sparseness found in the 2010 Viper make the 2013 SRT Viper seem a truer supercar, worthier of the title.

The 2013 Viper remains powered by a monstrous V-10 engine, but this time it's reined in by a host of electronic aids and traction control. Under the hood is the familiar, all-aluminum pushrod V-10, displacing 8.4 liters and making 640 horsepower and 600 lb-ft. A Tremec TR6060 six-speed manual is still used, but throws are shorter and the final drive ratio is also shorter. Top speed (not yet announced) is achieved now in top gear.

The new Viper should be every bit as fast as the last, yet more friendly to drive on the street. Also taking the Viper GTS into a new performance (and comfort) realm is a driver-selectable, two-mode suspension system, with Bilstein DampTronic Select shocks--good for both street and track. And electronic stability control is now standard, along with a launch-control system, with steering-wheel buttons, for the fastest possible launch from a standing start. Brakes, too, are supercar-caliber four-piston Brembo units with fixed-aluminum calipers and huge vented rotors, at all four corners.

Its interior alone marks it a significant upgrade from previous versions. Chrysler has tapped into the supply network for Ferrari in offering special upholsteries, trims, and accents, as well as high-performance racing seats from Sabelt; and for the first time seat height is adjustable. The automaker also claims that those up to 6'-7" will be able to fit, thanks to an extended floor pan and bulkhead.

Despite all these improvements--and increased convenience equipment--the Viper weighs about 100 pounds less than the previous version. Directly in front of the driver is a new version of the customizable gauge cluster used in the 2013 Dodge Dart, while infotainment includes Uconnect media centers, integrated SiriusXM Travel Link services, and an available 18-speaker Harman Kardon surround-sound system. Cruise control will even be offered for the first time.

We'll update you here with more about how the 2013 SRT Viper GTS drives as soon as we can put one on the track and make that determination for ourselves. The bottom line, at this point, however, is that the new 2013 SRT Viper looks every inch the Viper of yore, but translated into full modernity, with a much more driver-friendly attitude and better accommodations. Together, the trifecta may be enough to win buyers not just from Corvette, but from the Italians and Germans as well.

1 Review
5 star
100%
4 star
3 star
2 star
1 star
Rate and Review your car for The Car Connection! Tell us your own ratings for a vehicle you own. Rate your car on Performance, Safety, Features and more.
Write a Review
2013 Dodge Viper 2-Door Coupe GTS