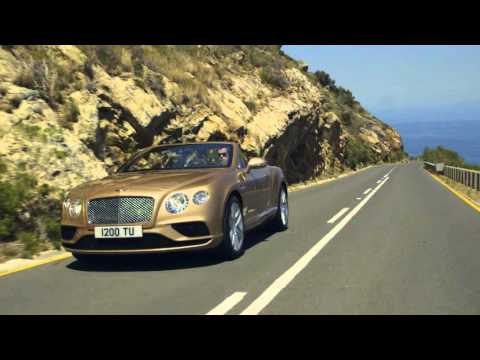 We might be able to keep some rein on the custom trim choices on our Bentley Conti GT, but we'd have to opt for the Mulliner spec. Knurled metal finishes and quilted leather are quintessential Bentley, and they're worth boosting the price by a dozen thousand dollars or more.

The 2016 Bentley Continental GT family of coupes shows that brash performance can live hand in hand with a genteel demeanor.

The Bentley Continental GT is far from a new car, but that's just fine considering the luxury coupe's timeless appeal. It's the type of car that starts—not ends—at 500 horsepower. With unreal performance under the hood, whether you opt for the V-8 or W-12, the Continental's handcrafted cabins and hulking, all-wheel-driven grip are nearly demoted to finishing touches—like a 17-year-old Scotch whiskey and cigar, for example.

Regardless of body style or bespoke trim, the Continental GT looks the part of a classic grand touring car, with careful, gradual changes over the years to its aluminum body panels yielding a crisper look since 2012. That's when it was last redesigned, and distinguished more sharply from the related Flying Spur sedans. The beefy stance of the GT visually shifts its weight away from quad-oval headlamps back to its sharp, broad shoulders. Coupes look more tense and coiled, while the convertibles have a more relaxed, traditional lookThis year, Bentley's revised the looks slightly, with front fenders now wearing flying-B-shaped fender vents. The rear bumper is wider, and the horseshoe-shaped stamping on the decklid is more pronounced. The shift paddles inside each Conti GT are bigger, with a knurled metal finish.

Continental GT V8 S cars get a more aggressive priority when it comes to looks: big 20-inch wheels, red-painted brake calipers, a hungry front splitter and rear diffuser, and unique side sills. The V-8 cars can be spotted thanks to red badges, unique exhaust pipes, and a blacked-out grille. GT Speed editions don a different rear diffuser. Across the lineup, there are three new wheel designs in 20- and 21-inch sizes, and three new colors: Marlin, Jetstream, and Camel.

Of course, a 6.0-liter, turbocharged W-12 can be planted in the Continental (it was the first powertrain offered in the new Continental) and its output was bumped up this year to 582 hp and 531 lb-ft. GT Speed editions push the W-12 to 626 hp and 607 lb-ft. Despite the prodigious power, the 12-cylinder Bentley sprints up to 60 mph in nearly the same time, with nearly the same top speed as the V-8. Only the Speed coupe sets itself apart with a 0-60 mph in 4.0 seconds and a 206 mph top speed.

While cruising, the W-12 engine is capable of running on six cylinders to conserve fuel; fuel is shut off though the valvetrains remain in action. V-8 models can do the same cylinder shutdown trick—dropping down to V-4 on long cruises without much needed power—and are capable of a 500-mile cruising range on a single tank, provided you're judicious with the throttle.

The GT is well composed on the road, especially considering the car's weight and size. Computer-controlled dampers have three settings for firmness, and can handle the big mass as it piles ahead into corners. In all versions, the Continental comes with an all-wheel-drive system that uses a Torsen differential and splits power 40/60 from front to back. That rear bias helps keep the Continental sports-car predictable, but with the added confidence of powered front wheels to pull the big machine out of a corner—or keep it on the road if weather strikes.

Inside, the Continental is just as lush and opulent as you might expect—perhaps not as spacious though. We've found the front seats to be extremely comfortable and supportive, we could go all day, but rear-seat accommodations aren't as inviting. The rear buckets don't have the same bolstering, and there isn't enough leg room to recommend rear-seat riders for any longer than a quick trip around town. Despite the Continental's mid-size proportions, the back is very compact.

Like the rest of the Bentley lineup, the Continental's gifts are a hand-built interior and superb appointments. Convertibles come with a power-folding system that takes 25 seconds to raise, or lower, the roof. When up, the woven and elegant roof quells ambient noise well; when down, the Continental GTC screams for attention. The convertible top is available in three different colors, while there are four different hide combinations for the interior—if you're not planning on customizing the car yourself. A eucalyptus wood veneer, Aliade cloth headliner and a unique center console distinguish V-8 models from W-12 versions.

We heartily recommend the Mulliner package of quilted leather, knurled chrome, and turned aluminum trim, as well as the optional lambs-wool rugs. New for 2016, W-12-powered cars can also be fitted with semi-aniline leather that's less processed, and feels more luxurious.

The Continental GT lineup gets a laundry list of standard equipment that includes electronic climate control, Bluetooth and a DVD navigation system that also controls climate and audio functions. The navigation system sports Google maps and a vibrant 8-inch LCD touchscreen. New this year is in-car data service that turns the Conti GT into a rolling wi-fi hotspot. A Naim audio system has pure, flat sound, for just an additional $7,000 or so.

The Bentley Continental hasn't been tested by either major U.S. safety organization, nor is it likely that it ever will be. The Continental GT sports the usual complement of airbags, stability and traction control systems, and pop-up roll bars for convertible models. The standard rearview camera is not only helpful, it's also mandatory, considering the wide deck out back.