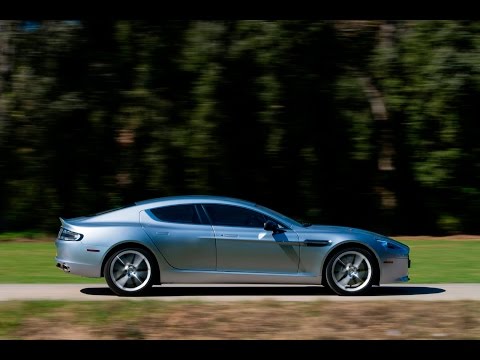 Aston Martin is subject to notoriously steep depreciation, so the wisest buy is a well-kept used version of the Rapide S, though it may not have the latest updates.

Even though it has four doors, the Aston Martin Rapide S is worthy of the wings and heritage thanks to its unparalleled good looks.

The 2016 Aston Marin Rapide S is a stunning piece of automotive artwork, but don't let that beautiful exterior (or interior) fool you: it can still get down to the business of brisk grand touring work, too.

Introduced the 2010 model year, the Rapide became the Rapide S for 2014 and saw several updates for 2015, including the addition of an 8-speed automatic transmission. This year it gets the AMi II infotainment system, which includes such features as real-time visual read-outs of engine horsepower and torque.

Aesthetically, the Rapide S remains essentially unchanged, with the same curvaceous exterior wrapped around its long, low four-door proportions. The arched roofline feels more coupe than sedan despite the extra pair of portals, and inside, the front row looks every bit the coupe cockpit of the Vantage, except with even nicer appointments.

Driving the Rapide S, it's clear that sporty handling was a primary design concern, but at the same time, it's a large, long car, and it's ultimately most comfortable at some fraction of maximum pace. It's an enjoyable, engaging car to drive quickly, and that's exactly as it should be.

Unlike the Porsche Panamera, which gives up a little in the roofline to get a lot of space in the back seat, the Rapide S is slender and lithe--at the expense of rear passengers. With taller occupants up front we can't imagine many adults will be comfortable in the back, and we consider the Rapide to be a 2+2 grand tourer with a second set of doors to help entry and exit.

In addition to the snug space, the ride is firm. Three-mode Bilstein adaptive dampers allow normal, Sport, and Track modes for a choice of handling and ride settings to suit the occupants.While the base damper setting is the most comfortable, it is too firm for buyers accustomed to the larger luxury cars from Audi, BMW, or Mercedes-Benz. The Sport and Track modes also adjust traction and stability control settings, as well as opening an exhaust bypass for a throatier sound from the big V-12.

One aspect of the coupe-like design of the Rapide S that may require attention is rear visibility—you'll want to rely on the backup camera to negotiate rearward maneuvers. Visibility otherwise is very good forward and to the sides.

The Aston Martin Rapide S is an ultra-luxury car with a price tag to match, but don't expect bleeding-edge tech inside. The navigation and infotainment systems are serviceable, but minimalist compared to its class. We'd prefer to listen to the V-12 all day, but if you're expecting a branded premium audio system, it's not in the cards for the Rapide. Where the Aston Martin sedan keeps pace is in the infinite possibilities for exterior hues and interior colors, carbon exterior touches, and shocking Duotone red and black interior hides.