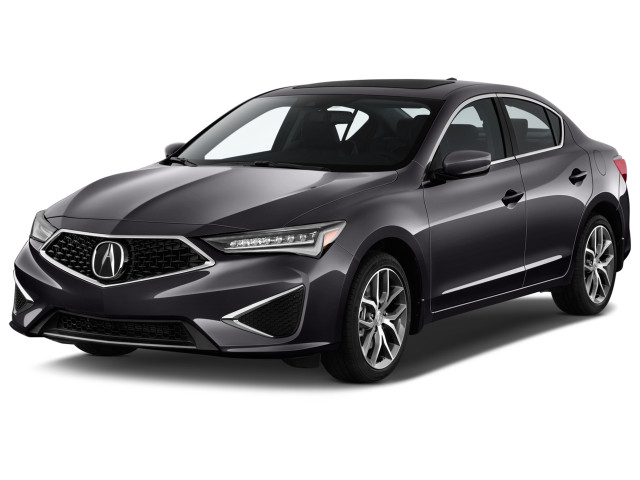 Add the Premium Package for proper luxury gear, but stop shopping there.

The 2021 Acura ILX is cheap for a luxury badge, but it’s not especially luxurious.

What kind of vehicle is the 2021 Acura ILX? What does it compare to?

The ILX is the gateway to the Acura brand, and it’s worth shopping against the Mercedes-Benz A-Class, BMW 2-Series, and Honda Civic, among other small and mid-size sedans.

The ILX scores for the basics, but little more. This sedan is based on a Honda Civic design from about a decade ago, and it’s outpaced by just about every rival. We rate the ILX at just 4.7 out of 10. (Read more about how we rate cars.)

The ILX carries into 2021 unchanged. A redesigned model is expected soon—or Acura may simply pull the plug on this slow-selling model.

The ILX is based on the 2011 Honda Civic, a compact sedan that’s since been replaced twice. While the current Civic is a terrific choice (and the upcoming 2022 model looks promising), the previous model was compromised inside with limited space and its driving dynamics were a step backward. Those attributes carry over into the ILX, which is dressed up slightly with chrome and available leather seats.

The ILX pairs a 2.4-liter inline-4 rated at 201 horsepower with an 8-speed dual-clutch automatic transmission and front-wheel drive. The engine and transmission are a sweet combination, but they’re no match for so-so handling and ride.

The ILX has comfortable enough front seats, but rear-seat riders won’t find much space and the trunk is fairly small. The interior design and materials reveal too many humble origins, too.

On the flip side, the ILX has done well in crash tests and comes with more standard safety gear than most of its rivals. Additionally, its fuel economy is still relatively competitive even though there’s no thrifty hybrid version.

Four basic versions of the ILX are available, each considered a package building on a roughly $27,000 base price.

At the very least, the $2,000 Premium Package is a worthwhile upgrade for its Apple CarPlay and Android Auto compatibility, its upgraded audio, and its leather upholstery that help the car feel more like an entry-level luxury sedan rather than a gussied up compact car. That’s where we’d stop when it comes to options since the A-Spec package at $2,000 adds sporty looks but nothing of real substance, and the $1,900 Technology Package greatly erodes the ILX’s value.

The 2021 Acura ILX is a dowdy-looking sedan.

Not really. The ILX has the brand’s six-sided grille flanked by wide headlights with nifty LED details, but that’s where the luxury stops and the economy car begins. From the side, the ILX has an awkward look not helped by a largely forgettable tail end. We rate the ILX at 4 out of 10, and we think that’s a generous figure.

Inside, the ILX isn’t much better with a busy design and so-so materials. Honda’s own Civic is much more attractive both inside and out.

We like the ILX’s sporty transmission, but it’s still not a truly fun car.

Is the Acura ILX 4WD?

No, the ILX comes only with front-wheel drive.

How fast is the Acura ILX?

The 2021 ILX uses a 2.4-liter inline-4 rated at 201 horsepower and 180 lb-ft of torque, which is sufficient but not a thriller. Making the most of that power is a sharp 8-speed dual-clutch automatic gearbox with paddle shifters. That transmission is a highlight, though it doesn’t overcome the car’s otherwise soft driving dynamics.

We rate the ILX at just 5 out of 10 for performance.

The ILX is based on the last-generation Honda Civic, a design that didn’t exactly impress when it launched back in 2010. Updates over the years haven’t made the ILX much more fun, especially when you figure that the latest Civic is a sharp-handling sedan with impressive turbo power.

The ILX A-Spec is mostly an appearance package, though it does add 18-inch alloy wheels that slightly improve grip while degrading ride quality. Spend your money elsewhere.

The 2021 ILX doesn’t live up to luxury standards inside.

The Acura ILX has a dowdy interior that’s not much to look at and isn’t very comfortable either. It’s worth just 3 points on our scale due to limited head room and barely enough trunk space for a couple of small suitcases.

Up front, the ILX has comfortable enough seats wrapped in synthetic or real leather, but the standard sunroof cuts into head room. At 38 inches, the ILX will have taller drivers brushing the headliner. The situation is no better at the rear, though leg room is acceptable.

The ILX’s appointments are durable but short of luxurious, even in higher trims.

The 2021 ILX comes with lots of collision-avoidance gear.

How safe is the Acura ILX?

A decent safety record and lots of standard features help the 2021 Acura ILX rate 7 out of 10. The IIHS gives the ILX good marks all around, though its headlights aren’t enough to elevate it to Top Safety Pick status. Federal testers score it five stars overall, but a relatively rare four stars for frontal crashworthiness.

The ILX isn’t wanting for collision-avoidance gear. Adaptive cruise control and automatic emergency braking are standard, while blind-spot monitors are included with the Premium Package.

New Acura ILX for sale near

In base guise, the ILX hardly feels like a luxury car.

The 2021 Acura ILX is inexpensive, but base versions don’t feel any fancier than non-luxury cars. Adding the Premium Package helps, but the ILX’s value equation drops considerably with any more features. A four-year, 50,000-mile warranty is standard, though, which is another year worth of driving compared to typical non-luxury rivals.

Which Acura ILX should I buy?

Our money would be on the ILX with the Premium Package, which adds to the base car’s sunroof and power features leather upholstery as well as upgraded infotainment with Apple CarPlay and Android Auto compatibility. Acura will charge you about $29,000 for one, though discounts are plentiful.

Add the A-Spec and Technology packages, plus extra-cost paint, and the ILX skyrockets to $33,400.

The 2021 Acura ILX is reasonably fuel efficient, but some rivals are better.

The 2021 Acura ILX is rated at 24 mpg city, 34 highway, 28 combined. That’s on par with some of its competitors but a smidge behind the Audi A3’s 30 mpg combined. A comparable Civic with the turbocharged engine can run as high as 42 mpg on the highway or 36 mpg combined, too.

The ILX uses premium fuel, which is typical for a luxury car and will add at least a few bucks to a fill-up.

Be the first one to write a review on 2021 Acura ILX
Rate and Review your car for The Car Connection! Tell us your own ratings for a vehicle you own. Rate your car on Performance, Safety, Features and more.
Write a Review
$26,100
MSRP based on Sedan
Change Style

Other
See Your Price
4.7
Overall
Expert Rating
Rating breakdown on a scale of 1 to 10?
Compare the 2021 Acura ILX against the competition
Compare All Cars
Looking for a different year of the Acura ILX?
Read reviews & get prices
Related Used Listings
Browse used listings in your area
See More Used