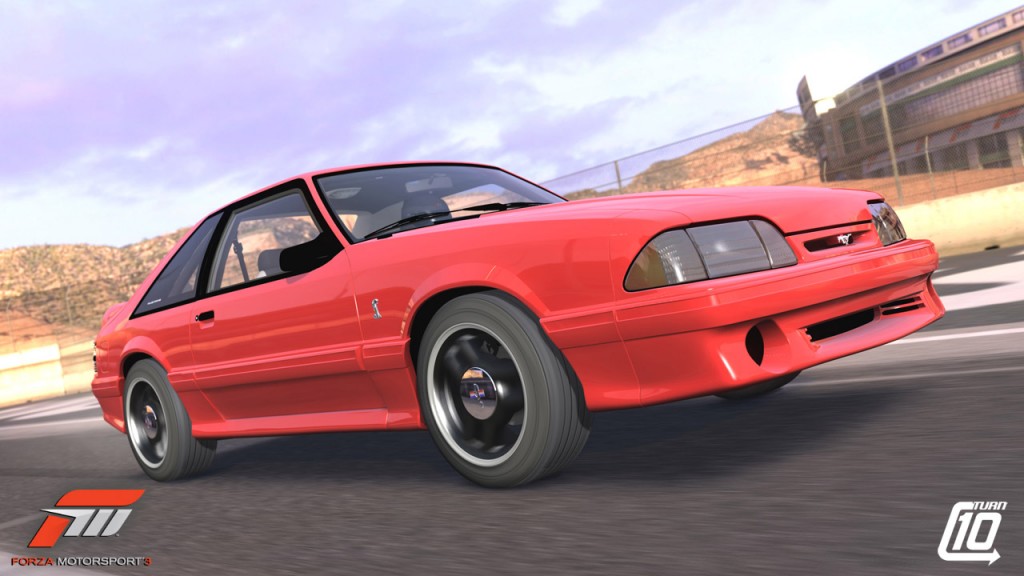 Would You Buy A Car That You Drove In A Video Game? Ford Thinks So

Pop in nearly any video game these days, and you're likely to see a slew of ads. In racing games like Forza Motorsport 4 and Gran Turismo 5, some of those ads come in the form of real-world vehicles you can drive on the virtual track. For over 15 years, companies have been trying to get the hang of...Read More»

The 2012 Ford Edge with the 2.0-liter Ecoboost is officially rated at 30 mpg by the EPA. [TheCarConnection] Having trouble tracking your teen? OnStar's Family Link could be the answer to your problem. [FamilyCarGuide] BFGoodrich wants you to pick who will drive in the Baja 1000. [SocialCarNews]...Read More»

Ford can't ramp up Focus production due to a component supplier issue. [TheCarConnection] BMW has finally unveiled the i3 electric car and i8 plug-in hybrid. [GreenCarReports] Infiniti continues the JX strip tease with a fourth teaser photo of the luxury crossover. [FamilyCarGuide] Did you know...Read More»

Last summer, we announced the launch of a new app on Facebook: Car Town. It was meant to be the gearhead's answer to Farmville and Petville and other social games that encourage obsessive-compulsive types to do repetitive chores in a virtual world while presumably ignoring their chores in this one...Read More»

Back in November, we told you about Nissan's GT Driving Academy, a promotion tied to Sony's Gran Turismo 5 videogame that will give one lucky virtual player in the U.S. a chance to become a real-world racing legend. Now, we're happy to report that the competition is rolling to Europe. From March 4...Read More»

The Stranger Side Of Green: Lexus Targets All-Night Videogamers With The CT 200h

Last spring, Lexus' marketing team came up with a metaphor about the "Darker Side of Green" to sell the new Lexus CT 200h. The gist was that the 200h is yin and yang, green and powerful -- good for the planet and good for the soul. We don't think the two are polar opposites, and we certainly...Read More»

The doubters can argue, but with the 2011 Hyundai Elantra coming out soon, it's hard to argue Civic and Corolla as default best buys. [TheCarConnection] The 2011 Chrysler 300 isn't quite ready for the first-drive circuit, but the details are gushing out--and so are the photos. [MotorAuthority]...Read More»

As far as videogames go, EA does many things well -- The Sims, for example. Or Rock Band. Unfortunately, the company's racing title Need for Speed hasn't garnered the same buzz as its competitors, like Turn 10's Forza Motorsport and Polyphony Digital's Gran Turismo. (Though in fairness, half of the...Read More»

Gran Turismo 5 for the Sony Playstation 3 has become the stuff of legend -- and not entirely in a good way. The driving game has been teased for over five years, and it's missed more drop dates than Kate Gosselin. But at long last, it seems that Sony has gotten its act together: GT5 will launch...Read More»

If you're a Ford fan and a Sims fanatic, we hope you're sitting down, because the 2011 Ford Fiesta has just rolled onto the virtual streets of The Sims 3. Even better: you can download it for free. The Sims Fiesta is available in both sedan and hatchback variants, and players can choose their own...Read More»

Video: Amping Up Videogames With The 2011 Chevrolet Volt

For decades, advertisers have spent a good bit of time and energy (not to mention cash) placing their products in movies. Who could forget ET's Reese's Pieces or, as a more recent example, the Audi R8, which has co-starred alongside Robert Downey Jr. in the Iron Man films? For its part, General...Read More»

Can't Make It To France This Weekend? Celebrate Le Mans With Audi And Xbox In New York

On the off-chance that you won't be heading to France for this weekend's 24 Hours of Le Mans, here's another way to get your racing fix: zip over to New York City for the videogame equivalent, hosted by Audi and Xbox. Yes, for the second year in a row, Audi and Xbox/Turn 10 are presenting the...Read More»

In the marketing world, product placement is tricky business. Sometimes it works very well, as in the case of General Motors' alliance with the (terrible) Transformers sequel. Other times, not so much. Ford's latest adventure in product placement centers on the USA Network series White Collar and...Read More»