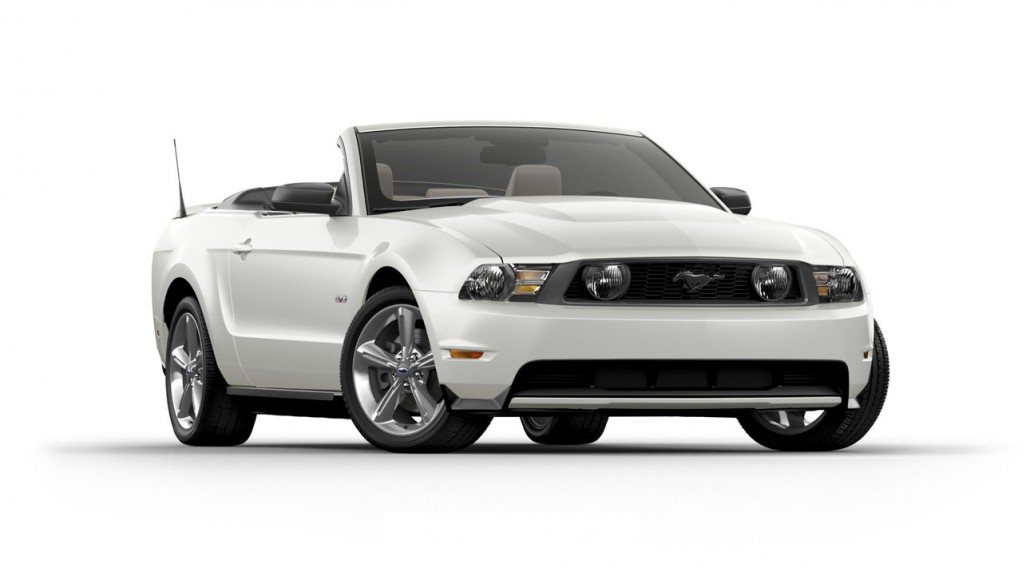 If you've ever owned and enjoyed a convertible—or even just rented one—understand that open-top models are about more than just feeling the wind in your hair. They're also about the freedom you show and feel, in driving a vehicle that might not hit all the marks for practicality. Not...Read More»

The original Mazda MX-5, like the British roadsters that inspired it, was a small car. Less than 156 inches long and under 66 inches wide, the first Miata had a curb weight of just 2,178 pounds. Drivers soon rediscovered the joys of a car with low weight and modest power; you couldn’t go very...Read More»

Rumor: MINI Coupe, Roadster To Roll Out In October 2010

The MINI Coupe and MINI Roadster concepts generated loads of buzz at the Frankfurt and Los Angeles auto shows, and today, there's cause for even more excitement: rumor has it that production of the two models has been fast-tracked, and that they'll start rolling off the assembly lines in Oxford as...Read More»

With a new Coupe Concept already revealed, and a BMW X1-based crossover in the works, MINI needs another follow for its unique cult of speed. The next convert--actually, a convertible--arrives today at the 2009 Frankfurt Auto Show in the form of the 2009 MINI Roadster Concept. All but...Read More»

There's been a lot of chatter about the MINI Roadster (also known as the MINI Speedster) which is set to debut at the Frankfurt Auto Show in just a couple of weeks. That's not surprising: everyone likes a roadster, and the sporty renderings popping up on the web have sparked the interest of...Read More»

This week saw Mini celebrate the 50th anniversary of the unveiling of the brand's first car with the unveiling of an all-new Coupe concept. Today, the Roadster half of the new-car pair made its debut a bit early thanks to a leaked sketch. Based around the same two-seat setup as the Mini Coupe, the...Read More»

Rumors persist that Lamborghini will unveil a Reventon Roadster at the Frankfurt Auto Show this September. All across the interwebs, Lambo-heads are a-titter, guesstimating that only nine or ten of the supercars will be built, each featuring a snazzy 670 bhp V12 and a pricetag of €1.15 million...Read More»

Tesla Turns A Corner -- And A Profit

Tesla Motors -- the flashy electric automaker capable of evoking schadenfreude in even the most enthusiastic EV fan -- met two major milestones in July: the company sold a record number of Tesla Roadsters, and perhaps more importantly, it netted $1 million on $20 million of gross income. In all...Read More»

Back in February at the Chicago Auto Show, Mazda displayed a candy-colored array of Mazda Miatas (known elsewhere in the world as the MX-5 or the Roadster) to celebrate the model's 20th year of production. Now, the Hiroshima-based automaker is releasing a special edition of the popular two-seater...Read More»

We haven't spoken much about the Dodge Circuit lately -- not since Marty Padgett pointed out that the much-vaunted EV was included in Chrysler's restructuring plans. But we have good news for green roadster fans: Car & Driver has run a piece on the Circuit praising the car and noting that...Read More»

He Said, He Said: War Of Words Keeps Tesla In The News

You've got to hand it to Tesla: the company does a great job of staying in the headlines. Sometimes, that's for laudable things--like the opening of the company's first European showroom, or receiving a sizeble loan from the Department of Energy. Then again, sometimes it's because the company's CEO...Read More»

Ever since Volkswagen showed its BlueSport concept roadster--and ever since Volkswagen and Porsche engaged the clutches on their ego-driven takeover drama merger talks--enthusiasts have chatted up and dreaded the notion of a new four-cylinder Porsche convertible. It's fair enough to assume the...Read More»

Downsizing isn't any fun when it's your job on the line, but when it means a sporty new roadster based on BMW's excellent 1-series platform, it's a welcome change from the 'bigger is better' mentality that's prevailed for many years. The new downsized roadster is called the Z2, and rumors about its...Read More»

You know it's a recession when even the wealthy are hurting, and the state of Porsche is as good a measure of that metric as any. With sales stumbling and debts mounting, the time could be ripe for more volume-sales oriented models at the brand, including a new Boxster. Porsche revealed in March...Read More»

Porsche research and development chief Wolfgang Dürheimer recently denied claims the company was working on an entry-level roadster, but reports breaking in the German media today argue that it's still a distinct possibility. Though the lightweight, mid-engined Porsche 914 was far from a perfect...Read More»

Jaguar XE Roadster: A Hybrid In The Works?

It'll be at least two years before the Jaguar XE roadster makes its debut, but here at TCC, many of us are already giddy with anticipation. That's partially because, hey, it's a roadster--and who doesn't like those?--but also because rumors have begun circulating about the possibility of a hybrid...Read More»

Link Love From The Car Connection: Looping In A Toyota, Charging Up A Passat, And The Rumor Mill Turns For Lexus, MINI, Daimler, Tesla

Going 'round in circles -- Congrats to stuntman Steve Truglia for clearing the world's largest loop-the-loop in a Toyota. We hope to replicate this feat someday in TCC's vintage Ford Escort. Thank you, Steve, for giving us hope. [DailyMail via AutoMotto] Rumor mill #1 -- Rumor has it that Lexus is...Read More»

We all knew that Nissan would be dropping trou on its new NISMO Z and convertible 370Z Roadster at this week's New York Auto Show. What we didn't expect was an early shot of the 370Z in advance of the roadster's show debut. In addition to these two early shots, we grabbed some live photos from...Read More»