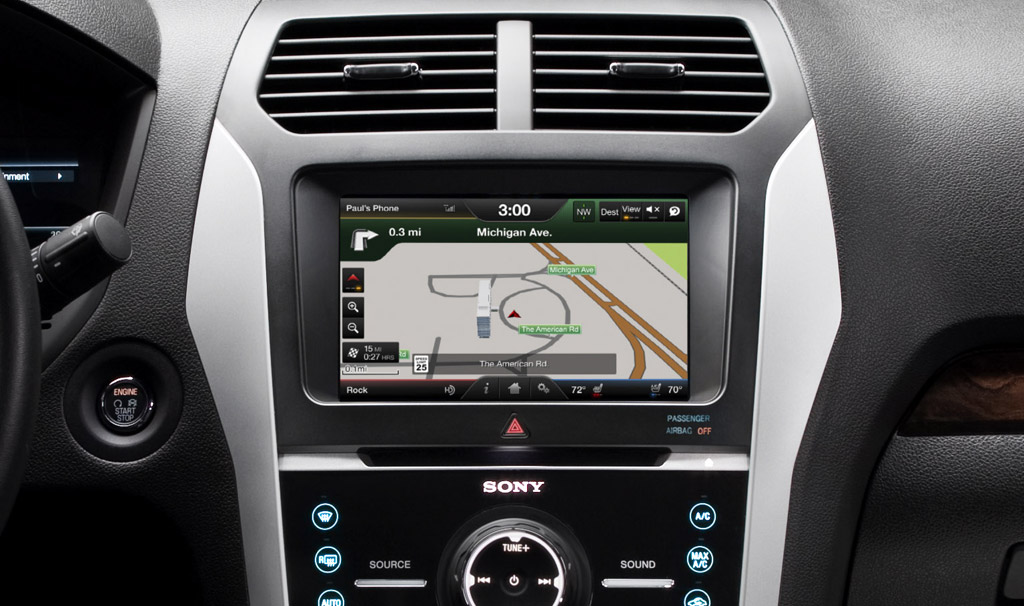 Lawsuits against MyFord Touch move forward: will this discourage automakers from doing infotainment?

Remember MyFord Touch and MyLincoln touch, the infotainment systems that shoppers loved and loved to hate? Three years ago, owners sued Ford over the systems' glitchy, underwhelming performance. Now, many of those cases have been wrapped into a class-action lawsuit, which could mean a big payout...Read More»

Forget MyFord & All The Rest: Apple & Google Are Going To Own Your Dashboard

The sad fact is, cell phones aren't perfect. Sure, they keep us connected to friends around the globe, but they also make it possible for us to spend entire holiday dinners face down in Facebook, ignoring everyone around us. And that's to say nothing of mobile phones' tragic effect on auto fatality...Read More»

The MyFord Touch infotainment system has been a mixed blessing for Ford. On the one hand, it's become hugely popular with consumers. In fact, roughly 80 percent of new-car shoppers shell out for it. That's meant huge profits for America's best-loved company. On the other hand, not everyone's a fan...Read More»

J.D. Power has just released its highly anticipated 2013 Initial Quality Study, and on the whole, it contains plenty of good news for consumers and automakers alike. However, it also signals a major shift in the way that we relate to our vehicles and what we expect of them. The study is based on...Read More»

Two years ago, J.D. Power published a brutal assessment of Ford Motor Company: in just one year, the company's rank on Power's Initial Quality Survey plummeted from #5 to #23. The tumble wasn't due to dodgy build quality on the vehicles themselves. Rather, it was almost entirely attributed to...Read More»

Perhaps more than any other automaker, Ford understands the challenges of explaining technology to customers. Its own MyFord Touch and SYNC systems have caused the company's initial quality rankings to plummet because owners don't understand how all the bells and whistles work. Now, Ford has...Read More»

Good news for current and future Ford owners: according to the Detroit Free Press, the automaker will release an update to its much-maligned MyFord Touch infotainment system in December, and warranties on the system will be extended by a full two years. The troubles with MyFord Touch and its luxury...Read More»

The past two years have been pretty good to Ford: the company launched some very popular new models like the Ford Fiesta and the revamped Focus, and the automaker largely avoided the bankruptcy/bailout fiasco that plagued its Detroit rivals. Over the summer, however, Ford was dealt a setback in...Read More»

Europe Vs. America: Which Will Win The Battle For In-Car Wifi?

In the 1967 film The Graduate, Mr. McGuire pulls young Benjamin Braddock aside and offers him one word of advice about the future: "Plastics". In the upcoming remake (starring Jennifer Aniston as hot-to-trot housewife Mrs. Robinson), "plastics" could just as easily be replaced with "mobile wifi"...Read More»

Frugal Shopper: Want To Save Thousands? Skip The Nav System

If you're trying to pinch pennies with your next vehicle purchase and not sure about the extra cost of a factory-option in-car nav system, don't get it. Especially if you don’t intend to splurge and get a completely loaded vehicle, skipping a nav system makes sense. Cross off the requirement that...Read More»

Driving In The Cloud: Ford, UM Show Off New Apps For Your Car

Some people believe that electric vehicles will reshape the auto industry. Others think fuel cells are the game-changer. The funny thing is: they're both completely wrong. The biggest shake-up in the auto industry won't come from under the hood. It'll come from the dashboard, and it'll leverage the...Read More»

Just ten months after Ford had reached one million installations of its Sync connectivity interface, it’s already at the two-million mark, which puts it way ahead of any other automaker for factory-installed Bluetooth and hands-free devices. Ford has found that, at auction, two-year-old used...Read More»

The internet is a pretty magnificent thing. It allows us to stay in touch with family and friends. It helps small companies to do business around the globe. And of course, it brought you here. But as the web grows, consuming every square inch of our daily lives, it brings numerous threats --...Read More»

Ford is on a roll lately, having unveiled its 2011 Fiesta subcompact and 2012 Focus compact. Now the company turns to refreshing its Edge five-seat crossover, both improving its gas mileage and adding its well-received MyFord Touch instrument panel and switch system. The new 2011 Ford Edge is...Read More»

Mobile apps for Pandora and Stitcher, specially developed for in-car use, will be among the first to be supplied to users of Ford's all-new MyFord Touch system, Ford announced today at the Consumer Electronic Show (CES) in Las Vegas. Ford says that its appropriate that these two will be among the...Read More»