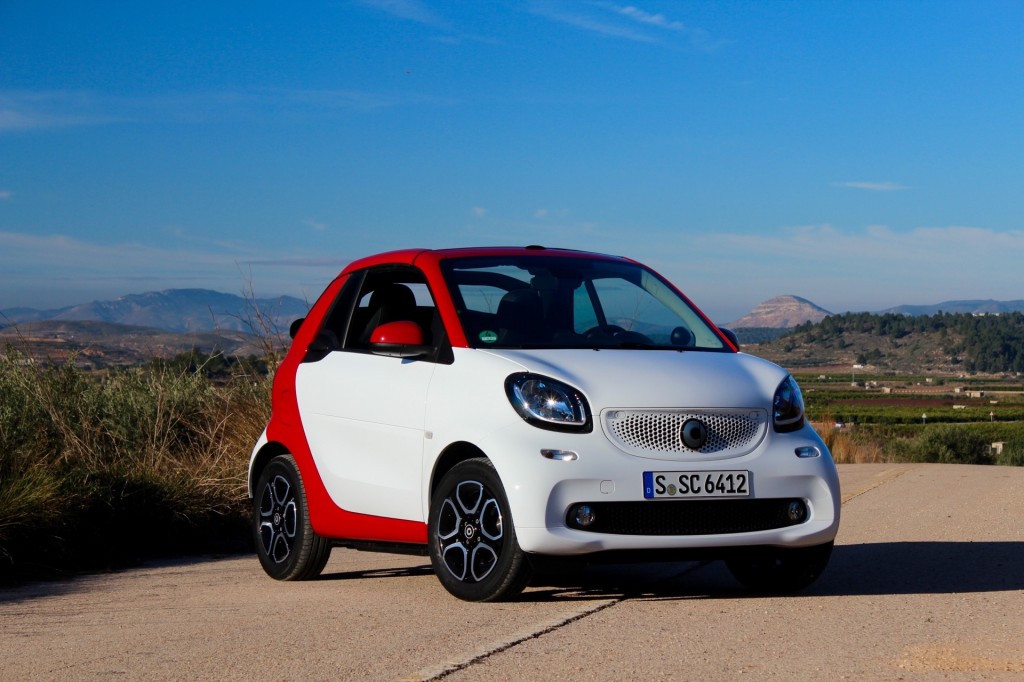 Great genre-bending cars are often the result of a leader with passion, to see it through—from conception to reality. Smart Automobile CEO Dr. Annette Winkler is the quintessence of that; the first ground-up redesign of the distinctive Fortwo lineup—including the new 2017 Smart Fortwo...Read More»

Scion’s pint-sized commuter car, the iQ, will start at $15,995 when sales begin this October. Scion is releasing the car to dealers in waves, with the initial launch set for the West coast. Western dealers will be joined by Southern dealers in January of 2012, followed by dealers on the East...Read More»

When a guy in a glossy black twin-cab diesel pickup truck leans out the passenger window with a camera to take your picture--and you're driving a tiny avocado green 2012 Fiat 500C Cabrio with the roof rolled down--you know this is an unusual car. Not since the introduction of the 2002 Mini Cooper...Read More»

Artworks of cars aren't altogether unheard of. There's a big business in vanity portraits of classic cars, for example, commissioned by wealthy owners. But most car paintings are done the old-fashioned way: with paint brushes. British artist Ian Cook is having none of that. He tossed his brushes...Read More»

We've seen glimpses of the 2011 Audi A1 in pre-production form at auto shows, in (possibly staged) spy pics from photo shoots, and in countless unofficial renderings. Now Audi's PR team is teasing the public with more details about the highly anticipated minicar -- this time, via a video featuring...Read More»

Jill Lajdziak has only been on the job a couple of weeks, but already Smart's new CEO is shaking things up with the company's first-ever lease-incentive program. Shoppers can now lease a Smart fortwo for 36 months at a cost of $169 per month, plus a downpayment of $999 and a $595 acquisition fee...Read More»

The Toyota iQ is a popular minicar in many parts of the world, and we've known for a while that Toyota was planning to market it as a Scion in the U.S. The timeline for the iQ's launch, however, has been the subject of rumor and speculation: at first it was thought to be 2011, then it was bumped up...Read More»

Almost immediately after Toyota announced it would be unveiling a new economy car concept at the Auto Expo 2010 in New Delhi, India this month, Honda came out and made virtually the exact same announcement. Today Honda has gone a step further and revealed its new concept, which has been titled...Read More»

Mercedes-Benz May Launch Smaller Cars In U.S. By 2012

Readers of a certain age will recall a time when America's roadways were clogged with Gremlins, Rabbits, and other fuel-efficient minicars. That historical moment was caused by spiking fuel prices in the 1970s (remember when Jimmy Carter told everyone to put on a snappy cardigan?), which rear-ended...Read More»

Nissan today revealed a preview sketch of its new global minicar that’s set to go on sale in March of 2010. The car will first be launched in Thailand and Nissan eventually plans to sell it in more than 150 countries, one of which may be the U.S. Diminishing sales both in the U.S. and abroad...Read More»

Can The New Audi A1 Help Audi Reach Its Lofty Sales Goals?

Back in June, you might recall that Audi announced plans to roll its new A1 citycar into dealerships by early 2010. The automaker said that the A1 would debut as a three-door model, but that a five-door sportback version would soon follow. At the time, the A1 was slated only for European release...Read More»

It’s hard to believe that we have had two whole years of Up! concept cars spawned from Volkswagen but it seems that there’s still a ways to go until the first production versions appear as the innovative show cars keep rolling out. The latest is the new 2009 E-Up!, which is set to star...Read More»

Volkswagen Will Debut Electric Citycar By 2013

As if there weren't enough news blasting out of Germany at the moment, Volkswagen's head of research and development, Dr. Ulrich Hackenberg, has announced that the company will roll an EV into VW showrooms by the 2013 calendar year. As per Hackenberg's statements in the German magazine Stern, the...Read More»

Nearly everything is shrinking these days -- electronics, the economy, the globe (thanks, Facebook) -- but with few exceptions, luxury automakers have been reluctant to join the "less is more" crowd. Bucking that trend, Daimler has announced plans for an "Edition Highstyle" of the Smart fortwo. Its...Read More»

Toyota's sharp-looking and innovative iQ is already snatching up sales in the UK and Japan, offering an alternative to the somewhat pricier Smart ForTwo in the nascent urban mini-car segment. The Scion-branded version of the car has already been tipped for possible U.S. sale, but today reports are...Read More» 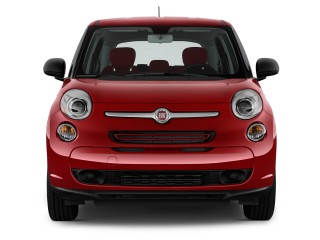 We don't have the chance to discuss the Isetta very much -- mostly because the hard-to-miss mid-century minicar is a rarity on this side of the Atlantic. In Europe, however, the Isetta was a popular model, and on a good day, you might even still see a few navigating  narrow city streets. Clearly...Read More»

Toyota's iQ is a popular guy these days. A couple of weeks ago, we mentioned that the iQ will serve as the base for Aston Martin's first foray into the citycar segment. (In fact, Aston Martin likes the iQ so much they're not touching anything under the hood.) And now comes word that after many...Read More»

Automotive Engineer magazine wanted to know how far Lotus could push the design envelope on a fully electric minicar. Judging from the sketches the company cranked out, the answer is: not very far at all. To be sure, there's some innovation at play, like the rooftop solar panels and the...Read More»

2020 Audi A4 review, behind the scenes of TV's best car show, Tesla fires back: What's New @ The Car Connection