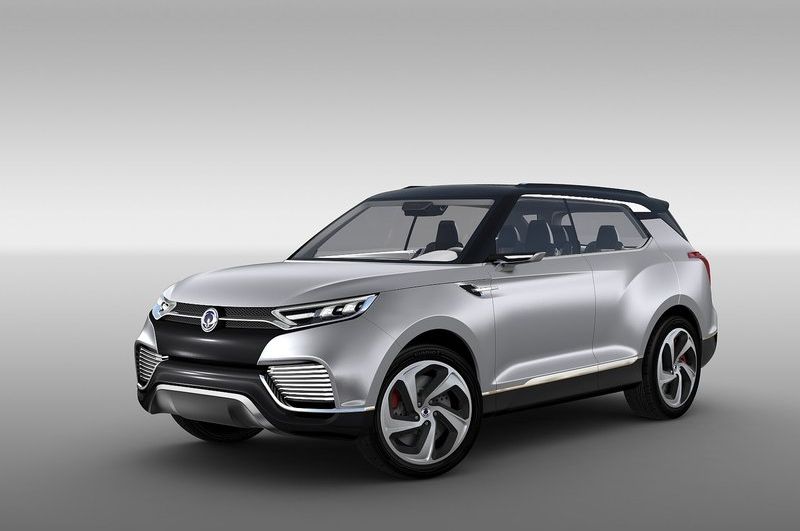 Rumor: Ssangyong & Mahindra To Sell U.S. Crossover That Will Compete With Jeep Wrangler

While car sales in China seem to be cooling off, and Europe continues to struggle toward economic stability, the U.S. auto market remains hot, hot, hot. That makes it a very attractive target for foreign car companies, and according to Auto News, South Korea's Ssangyong could be gearing up for an...Read More»

No, Seriously: Mahindra Is Planning Another Run At The U.S. Market

If you were the CEO of a foreign car company and you wanted to break into the bustling U.S. auto market, how would you do it? Would you: A) Approach the expansion slowly, thoughtfully, and strategically, building on your success in related businesses? Or, B) Boldly state that you're going to show...Read More»

Korea's Ssangyong Coming To America In 2016

Technically speaking, China is the world's largest car market: in 2013, it became the first country on Planet Earth to surpass 20 million auto sales in a single year. But despite that staggering achievement, in many ways, China remains the Wild, Wild East. Like the Wild West of 19th century...Read More»

In a move that should surprise absolutely no one, Indian automaker Mahindra has finally pulled the plug on plans to debut a line of pickups and SUVs in the U.S. When last we heard from Mahindra, it was being sued by a collective of American dealers, who said that they'd invested considerable time...Read More»

Things seemed to be going so well for Mahindra. The company -- known to Americans for its tractors and commercial vehicles -- was finally gearing up to launch its family of pickup trucks and SUVs in the U.S. Mahindra had received regulatory approvals, and it even had a Georgia importer lined up to...Read More»

Mahindra Update: Global Vehicles Hopes To Have Trucks On Sale By Spring 2011

The on-again, off-again, sued-again story of Mahindra pickups in the U.S. via their sole distributor Global Vehicles isn't over yet. In fact, Global Vehicles CEO John Perez says he's hoping to have the trucks on sale here in the States sometime in the spring of 2011. Perez couldn't confirm a solid...Read More»

How about a 750-horsepower Aston Martin One-77? Why yes, we'll take two, thanks very much. [AutoExpress] California wants to see one million electric cars on its highways by the year 2020. Those Mattell boys need to get cracking. [Detroit News] We've been reporting it ad nauseum since last October;...Read More»

Things were going so well for Mahindra: Americans were ready for the pickups they'd been promising, the Environmental Protection Agency gave the company's diesels the green light, and Mahindra's U.S. importer, Global Vehicles, had put together a nationwide network of dealers to sell the trucks...Read More»

Hyundai's loss is once again GM's gain, as Chris Perry moves from southern California to Detroit to be Chevrolet's new brand marketing guru. Somehow we're familiar with this kind of poaching. [Detroit Free Press] GM faces a rocky road as it tries to sell investors on its IPO, but it's courting...Read More»

Mahindra's relationship with its sole U.S. distributor, Global Vehicles, has not been a smooth one. And today it's just getting worse, as Global has filed suit against Mahindra over the extended delay in bringing the TR20 and TR40 pickups to market. The Indian pickups carry a lot of promise: small...Read More»

Mahindra Misses Another Launch Date For Pickup, But Could Be On Sale Within 90 Days

Mahindra's on-again, off-again story of U.S. sale for its diesel pickups, the TR 20 and TR 40, has once again reached a crest--and a valley. After missing its latest target on-sale date of this spring, the company may yet have trucks on sale within 90 days, according to reports. The limbo-like...Read More»

Delays, unseen hurdles and a hazy message from the home company have made Mahindra's U.S. distributor's job a tough one, and it's not getting any easier though the truck is apparently nearing U.S. sale. Mahindra is expected to formally request EPA approval for its diesel-powered small pickup "in...Read More»

Despite some reports that the automaker might be lagging in its certification of its upcoming compact pickup model, the TR20 and TR40, the U.S. distributor for Mahindra reassures that U.S. plans are proceeding as planned. "Timing stays the same," insisted Global Vehicles USA spokesman Mike Geylin...Read More»

Don’t look for a 2010 Mazda B-Series; the nameplate has quietly slipped off Mazda’s U.S. roster this fall. The move leaves only a few compact pickups in the North American market. The 2010 Ford Ranger gets side airbags and electronic stability control, as we’ve reported, but it otherwise...Read More»

There's been much discussion about Indian manufacturer Mahindra and its plans to launch vehicles in the U.S. next year. Of particular interest to those in the industry: how and where Mahindra trucks (and later, SUVs) will be built. Pravin Shah, the company's executive vice president of...Read More»

India’s Mahindra & Mahindra is headed to the U.S. with hopes to sell more than 10,000 vehicles per annum once sales kick off at the end of the year. The company’s first model will be an imported diesel pickup truck and eventually Mahindra intends to assemble vehicles in the U.S...Read More»

More signs that the world of today is very different from the one our parents and grandparents knew: according to stat-hounds AutoPacific, 15% of car buyers would consider purchasing a Chinese-brand vehicle, and 11% would mull the possibility of purchasing one from India. Those statistics may not...Read More»

Rodin FZero will hit the track in 2023
MotorAuthority.com