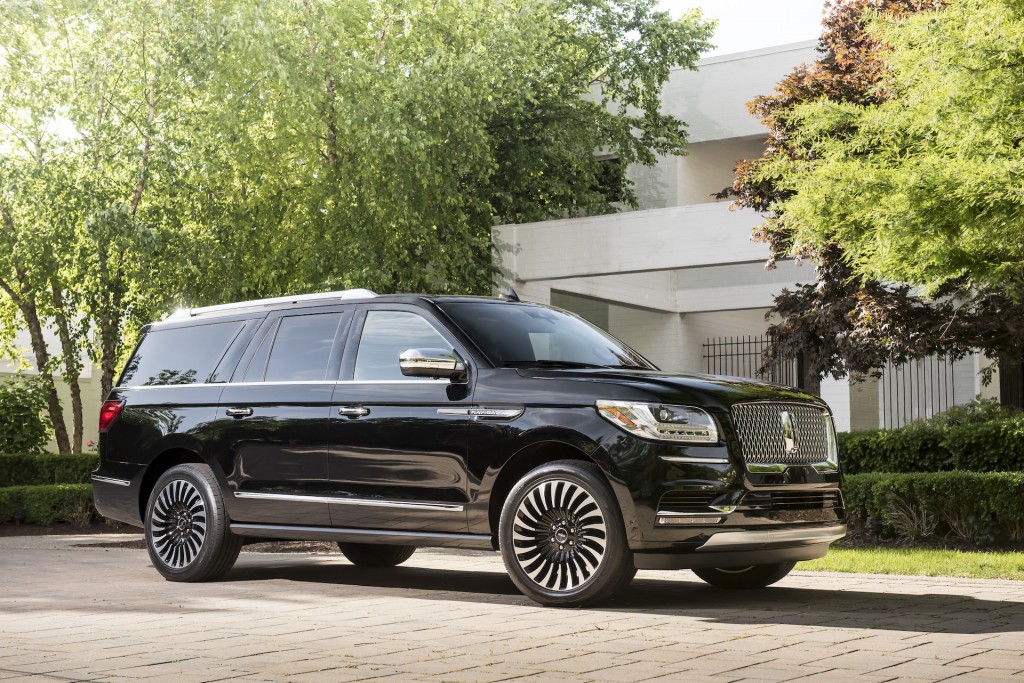 The owners of new 2018 vehicles have spoken and have named the Lincoln Navigator and Hyundai's new Genesis luxury brand most satisfying overall in the J.D. Power APEAL study. The results of the study, released on Wednesday, showed an average score increase of 10 points on a 1,000 point scale across...Read More»

A study released Wednesday by J.D. Power found that while the number of problems reported by new-car drivers during the first year of ownership declined last year, consumers continue to find fault with advanced connectivity features in their vehicles. In the 2018 J.D. Power Initial Quality Study...Read More»

Kia has done it again: for a second year in a row, the South Korean brand has come out on top of J.D. Power's Initial Quality Study. The Initial Quality Study is a great one for new-car buyers to watch. Unlike Power's equally well-known Dependability Study, which evaluates new cars based on the...Read More»

Once upon a time, self-driving cars seemed like a dream--a pipe dream, maybe, but a dream nonetheless. People thought, "Oh, wouldn't that be nice to have a car to chauffeur you around town?" Then, they'd look wistfully at their Crystal Pepsi and go back to reading the latest issue of Spy magazine...Read More»

Another month, another survey from J.D. Power. The firm's 2017 U.S. Customer Service Index examined how satisfied (or unsatisfied) vehicle owners and lessees were after taking their cars in for service. The brand-by-brand rankings probably won't surprise you, but let's take a look anyway. To gather...Read More»

In the market for a car--maybe one that's a little gently used? You're in luck: this week, J.D. Power published its 2017 Vehicle Dependability Study, showing which brands are likely to cause the fewest headaches down the road. The Dependability Study is a bit like Power's equally popular Initial...Read More»

Why do people buy SUVs, and why do 76% of shoppers avoid them?

Here's an interesting irony: according to J.D. Power's 2017 Auto Avoider Study, just 24 percent of U.S. consumers shopped for SUVs last year, and yet SUVs accounted for 42 percent of all vehicles sold, up from 34 percent in 2012. Why are SUVs so popular now? And why have 76 percent of consumers...Read More»

Have you bought a new car lately? How satisfied were you with the process? If you drove home a Buick or Porsche, you're likely to say "very satisfied", according to a new study from J.D. Power. The study in question is the 2016 Sales Satisfaction Index, which "measures the ability of dealerships to...Read More»

It's no secret: in-car technology has become a massive weak spot for today's automakers. It's caused once-reliable brands to tumble in auto rankings; it's spawned more than a few lawsuits; and it's led us to wonder if most car companies shouldn't leave this technology to the likes of Google and...Read More»

Some of us own cars that are functional, but little more. They get us from Point A to Point B, they haul our groceries and kids and dry cleaning, but they don't really stand out. They don't create an emotional connection. Others are luckier. They drive cars that inspire passion, loyalty, and pride...Read More»

Thanks in part to Takata and General Motors, recalls have occupied front-page headlines for the past couple of years. In fact, from January 1, 2013 to December 31, 2015, roughly 109 million cars, trucks and SUVs registered in the U.S. were recalled. Unfortunately, many of those vehicles haven't...Read More»

Software to blame for an increasing portion of vehicle recalls?

Apps freezing or crashing, unexpected sluggishness, and sudden reboots are all, unfortunately, within the normal range of behavior of the software in our smartphones and laptops. While losing that text message you were composing might be a crisis for the moment, it’s nothing compared to the...Read More»

No one likes taking a car in for service, and as J.D. Power's latest study shows, we loathe the process more today than we did a year ago. That said, some dealers make it far more bearable than others. As you might expect from the name, Power's U.S. Customer Service Index gauges consumer...Read More»

J.D. Power has unveiled its 2016 Dependability Study, and while some of the findings seem unsurprising, the study's brand rankings hint at interesting changes. Power's Vehicle Dependability Study is one of the company's best, gathering a wealth of information about vehicles during their third year...Read More»

This week, J.D. Power released its 2015 Driver Interactive Vehicle Experience (DrIVE) Report, which reveals that motorists often don't use or appreciate the high-tech features in their new cars. The results should be a wake-up call to automakers around the globe. Heck, even Apple and Google should...Read More»

Research powerhouse J.D. Power has released its 2015 Initial Quality Study of U.S. vehicles, and it's full of interesting info for anyone in need of a new car. Along with its Vehicle Dependability Study, the IQS is one of Power's most eagerly anticipated publications of the year. Both examine the...Read More»

J.D. Power: Younger Drivers Will Pay Nearly Twice As Much For In-Car Tech Than Older Shoppers

J.D. Power has released its 2015 U.S. Tech Choice Study, which surveys consumers to gauge their opinions on in-car technology. As interesting as the study is, though, we can't say that it's full of surprises. ALSO SEE: The Lowest-Rated Cars Of 2015 To gather data for the study, Power polled over...Read More»

Are you satisfied with the service at your Chrysler, Fiat, Ram, Dodge, or Jeep dealership? Although you might be happy with your late-model vehicle, the chances that you aren’t quite satisfied at the dealership are much higher if your vehicle has one of those five badges—the brands of...Read More»

If you've been near a gas pump in the past several weeks, you may have felt like Rip van Winkle: disoriented, confused, and wondering if the past several years have all been a dream. That's because the average cost of a gallon of unleaded regular gasoline is now $2.08 -- a low that Americans...Read More»

Nissan Leaf lives on: Will its EV successor look like this?
GreenCarReports.com