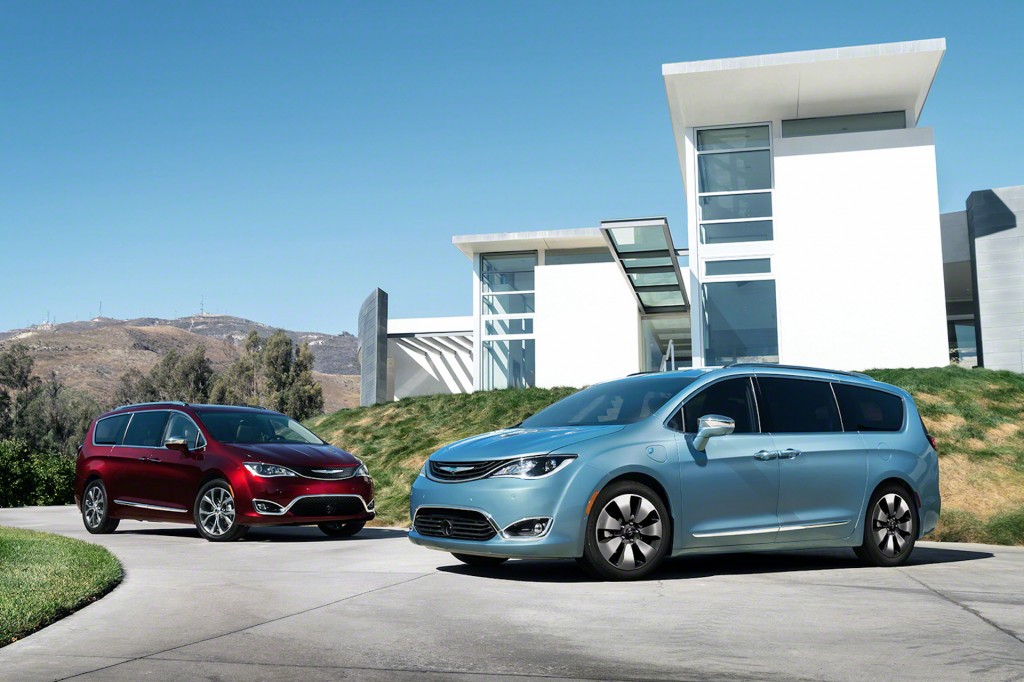 Last week, we reported on rumors that Fiat Chrysler Automobiles and Google were preparing to announce a strategic partnership. Rather than carrying out a merger, as FCA had wanted to do with General Motors (and Ford, and Volkswagen), we suspected that FCA might want to install some of Google's...Read More»

Industries are built on strategic partnerships. The right collaboration can do wonders for a bottom line. The wrong collaboration? Well, remember AOL Time Warner? Fiat Chrysler Automobiles CEO Sergio Marchionne has been searching for the perfect partner for more than a year. He's been shot down by...Read More»

Will Apple ever sell cars? One analyst says no

Apple and Google are both interested in autonomous cars, but they're approaching them in very different ways. According to one analyst, Apple's plan is entirely unfeasible. Two companies, two paths Since 2009, Google has been working on autonomous cars right out in the open, for all the world to...Read More»

China, UAE shift to autonomous cars, leaving the U.S. behind

The United States has a mature car culture. For decades, private individuals have bought vehicles, automakers have analyzed trends, and regulators have set guidelines for development of new models. Sounds good, right? But there's another way of looking at America's long history with cars: we've...Read More»

For the first time, Google admits its autonomous car is at fault in fender-bender

Valentine's Day 2016 was important to many folks. Couples pledged their undying love, companies like Hallmark and Godiva lolled on piles of holiday dough, and in Mountain View, California, one of Google's autonomous cars hit a bus. That third item might not seem like a big deal: Google's...Read More»

If we learned nothing else in grade school, we learned that going first is a scary thing. You're expected to wow everyone watching, and you set the tone for all the folks that follow. It's a big risk, and a big responsibility. California is feeling those kinds of jitters right about now, as it's...Read More»

There are plenty of obstacles impeding Planet Earth's transition to autonomous cars, but one of the biggest involves resolving the many legal questions associated with self-driving vehicles. In a huge win for fans of autonomous cars, though, the National Highway Traffic Safety Administration has...Read More»

Someday, people will look back on 2015 and say, "That's when autonomous cars were born" -- not because self-driving vehicles began appearing on roads (though at least one did), but because we began to understand the changes those cars would bring to the century-old auto industry. One of the biggest...Read More»

Over the past 24 hours, there's been an abundance of news about autonomous cars. Here's a recap of the three most notable items, involving California's long-awaited announcement of self-driving car rules, Google's business plans, and Tesla CEO Elon Musk's defense of Tesla's autonomous tech...Read More»

How Do You Cross The Street In Front Of An Autonomous Car?

Many folks are excited about the arrival of autonomous cars. They promise to reduce traffic accidents, save gas, ease congestion, and provide the elderly and disabled greater independence. But are there some things that self-driving vehicles simply can't do? Tasks that humans will always perform...Read More»

Google -- or rather, Alphabet -- is spending a lot of time and money to develop self-driving technology, even though rumors suggest that it has no plans to sell cars. Now, the company has added a new face to its autonomous vehicle team, and he arrives with quite an impressive resume. His name is...Read More»

We've spent plenty of time talking about the dangers of texting and driving, and the data on that seems clear: taking your eyes off the road to type out a message on your smartphone is a recipe for disaster. But what about using hands-free, voice-to-text systems? If you ask Siri to send a text to...Read More»

Who's At Fault When An Autonomous Car Crashes? Google, Mercedes-Benz, Volvo Say "Us"

There's a lot of discussion about autonomous cars these days, and one of the bigger concerns for regulators is the question of who's at fault when autonomous vehicles are involved in accidents. Is it the automaker? The software provider? The driver (who's not actually driving the car)? We asked...Read More»

Google's Spending A Lot On Autonomous Cars, But It's Not Going To Sell Them

All signs point to Google being a massively disruptive force in the auto industry, challenging beloved brands around the globe with its own line of intelligent, self-driving vehicles. But could we be misreading the tea leaves? Maybe so. Yesterday, one of Google's top brass told attendees at the...Read More»

This week, J.D. Power released its 2015 Driver Interactive Vehicle Experience (DrIVE) Report, which reveals that motorists often don't use or appreciate the high-tech features in their new cars. The results should be a wake-up call to automakers around the globe. Heck, even Apple and Google should...Read More»

How Much Cash Will An Autonomous Car Save You? More Than $1,000 Per Year

Self-driving cars are just around the corner. Many people worry about the added expense of autonomous technology and the effect it'll have on car prices, but in fact, self-driving vehicles are likely to save owners a good bit of money. How much? By some estimates, $1,000 or more each year -- and...Read More»

Yesterday, we told you about Audi, BMW, and Daimler, who have banded together to keep Google from dominating the mapping industry and, thus, the autonomous car industry. Now, Toyota has done something similar, but in many ways, dumber. Far dumber. The automaker has decided not to offer Apple's...Read More»

We are poised at the brink of a revolution. Dramatic as that may sound, it's true: autonomous vehicles are coming, and when they finally arrive, they will upend whole industries, force cities to reevaluate the way they earn money, and of course, bring about radical changes in the way that we get...Read More»

Google's Waze Is Testing A Ridesharing Service: Should Uber Be Worried?

Every week, it seems like some pundit or other predicts the death of the auto industry. Most of the reasons they cite seem far-fetched, but a few have a ring of truth about them. One that fits in the latter category is ridesharing, an increasingly disruptive travel trend that's exploded in recent...Read More»

Jason Momoa to star alongside Vin Diesel in next "Fast and Furious" movie
MotorAuthority.com