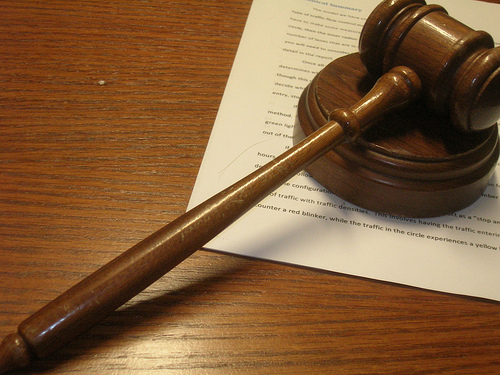 Last week, Volkswagen and Takata reached major settlements with the U.S. government over their respective misdeeds, and many suggest that the timing--coming one week before the swearing in of Donald Trump as president--was no coincidence. By most accounts, the companies wanted to finalize those...Read More»

GM dodges some, but not all, Switchgate lawsuits

Last week was something of a roller coaster for General Motors and its legal team. On Wednesday, the 2nd U.S. Circuit Court of Appeals ruled that GM could indeed be sued for damages stemming from the faulty ignition switches installed on vehicles made before GM's 2009 restructuring. Because those...Read More»

With all the news about Volkswagen, Takata, and Tesla these days, you might have forgotten about General Motors' Switchgate fiasco. That scandal began in February 2014 and seemed to wrap up last summer, when Ken Feinberg determined that 124 deaths were caused by the company faulty ignition...Read More»

Dieselgate--the VW empire takes an incalculable risk, and a devastating hit It was unusual when, at their home-court auto show in Frankfurt in September, the world's biggest seller of diesels put such a strong focus on electric cars. All became clear the Friday after press days when it was revealed...Read More»

Volkswagen's Dieselgate vs. General Motors' Switchgate: Which Is Worse?

When something as massive as Volkswagen's emissions scandal breaks, it's tempting to compare the event to previous shockers -- for example, last year's ignition switch fiasco at General Motors. And as we all know, the only way to overcome temptation is to yield to it. ALSO SEE: 'Cheat Mode' In VW...Read More»

After a week of being in the headlines deceiving the federal government and the public over its TDI "clean diesel" vehicles, Volkswagen has rolled out a new consumer-facing website that aims to answer some common questions and do some damage control in the wake of the widening scandal. Although if...Read More»

In February 2014, General Motors recalled 780,000 older Chevrolet and Pontiac cars to replace flawed ignition switches. It seemed like a very large recall, but we had no way of knowing just how large it would become. A year-and-a-half down the road, GM's ignition switches have been linked to at...Read More»

For more than a year, Ken Feinberg and his team have had the grim task of sorting through thousands of claims against General Motors, all of which allege that the company's faulty ignition switches led to injury or death. The last claims were filed on January 31, and now, nearly seven months later...Read More»

GM Dodges The Bullet In Court: So Now What Happens To Ignition Switch Complaints?

This week, General Motors prevailed in a very important court case. According to Auto News, a U.S. bankruptcy judge has ruled that the automaker's 2009 restructuring shields it from a number of lawsuits stemming from last year's Switchgate fiasco. Unfortunately for GM, that may not be the end of...Read More»

2009 Bankruptcy May Not Fully Protect GM From Ignition-Switch Lawsuits

In 2009, General Motors Corporation underwent a very quick, very contentious bankruptcy. In the course of just a few short weeks, the automaker transformed into General Motors Company. The name change may not have seemed significant to the public, but in fact, it meant that the "old GM" was dead...Read More»

Was 2014 really the "Year of the Recall"? You better believe it: according to Detroit News, as of December 31, 63.95 million U.S. vehicles had been recalled by automakers large and small. ALSO READ: Chevrolet Volt Vs. Toyota Prius: Compare Cars GM & TAKATA That sky-high figure shouldn't be...Read More»

2014 may go down in history as the Year of the Recall. Every time you refreshed your favorite news feed, it seemed like another automaker was asking owners to bring in vehicles for service. READ: Chevrolet Bolt Electric Car Production Begins In Michigan In 2016 But among all the car companies doing...Read More»

Last summer, General Motors created a compensation fund for motorists and passengers who'd been injured or killed in accidents linked to the automaker's flawed ignition switches. By December, the fund's administrator, Kenneth Feinberg, had approved a total of 42 wrongful death claims and 58 to...Read More»

When problems with General Motors' ignition switches first began making headlines last winter, there were reports of six deaths linked to the faulty devices. Two weeks later, that number shot up to 13, and it's been climbing ever since. GM eventually started a fund to pay for claims associated with...Read More»

If you've been planning to file a claim with the General Motors Ignition Compensation program but haven't had time to finish the necessary paperwork, you'll be relieved to know that the man in charge of that program, Kenneth Feinberg, has extended the deadline for filings. When the program launched...Read More»

By almost any metric, the long, drawn-out, still-evolving Takata airbag recall has been a disaster. But a push to simplify the patchwork of recalls and protect auto industry employees who expose internal problems could alleviate confusion now and prevent similar troubles in the future. For...Read More»

If we've learned nothing else from the investigation of General Motors' botched handling of its massive -- and massively delayed -- ignition switch recall, we've learned that the automaker's internal, highly bureaucratic structure is largely to blame. Now, according to Detroit News, we've also...Read More»