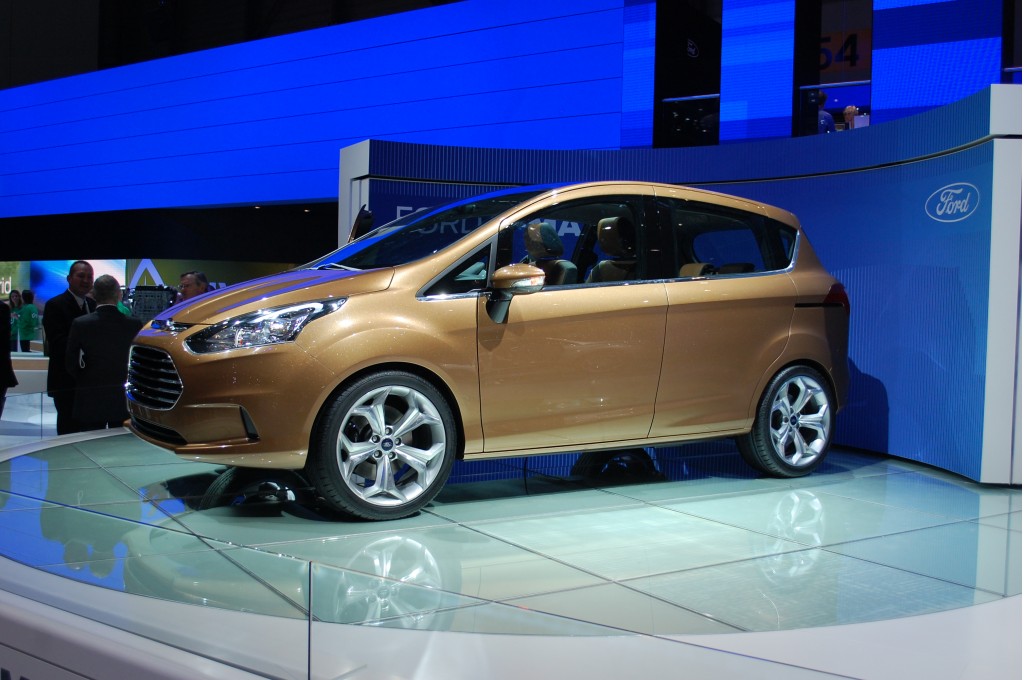 Fiesta-based, powered by a punchy three-cylinder turbo 1.0-liter engine, and seating five (assuming they're family or very good friends) the Ford B-Max Concept is the new new thing in tiny MPVs. It's also an exercise in design, with its magical disappearing B-pillar built into the doors. As you can...Read More»

If you're familiar with the 2011 Chevrolet Volt, you probably know that it carries an onboard 1.4-liter four-cylinder engine that acts as a generator, powering the electric motors that drive the wheels (under most circumstances, anyway). Today at the Geneva Motor Show, Lotus unveiled a new take on...Read More»

Design Students: Opel Wants You To Create A 'Lounge In Motion'

Like Whitney Houston, Opel believes that children are the future -- of cars. The German subsidiary of General Motors has just launched a contest for design students, with the goal of creating a concept car that could one day roam the roads. The contest rolls out in two stages. Stage one centers on...Read More»

• What is it? A stylish four-door with a Swedish twist • The basics: Coupe-like styling and efficient powertrains • On sale: In the second half of the year • Price: $32,000-plus (est.) Fresh from its debut at the 2010 Geneva Motor Show, the 2011 Volvo S60 made its North American debut at...Read More»

The Nissan Micra (known as the March in some markets) is an affordable sub-compact whose first generation dates back to the early 1980s and is currently sold in Europe and parts of Asia. The car’s funky styling and convertible option has seen it win many fans at the café strip and soon the...Read More»

Suzuki is determined to make a bigger impact on the U.S. market and is planning a raft of new models it hopes will be able to lure buyers away from current favorites. To do so the automaker is building a range of models decisively sportier than many of its rivals and packed with plenty of standard...Read More»

• What is it? MINI's fourth model and the first with four doors and a rear hatch • The basics: Front-wheel or optional all-wheel drive • On sale: Early next year, with a public showing at the 2010 Geneva Motor Show • Price: From $29,000 (est.) Just yesterday we brought you...Read More»

Although Audi officials have expressed serious interest in bringing the new Audi A1 to North America, to date, the company has announced no official plans to do. The global economy has made automakers more cautious in the marketplace, and America's lack of familiarity with premium compact cars...Read More»

Aston Martin says these photos of its petite Cygnet concept show the idea's still alive--and heading to reality. Six months ago, Aston Martin first showed the tiny four-seat city car. It's essentially a rebadged version of the Toyota iQ hatchback--which is headed to the U.S. as a Scion model in the...Read More»

Audi is in the midst of a transformation--according to company executives, it's the right moment in history for the brand to push through brand prejudices in the U.S. and to find a place alongside Lexus, BMW and Mercedes-Benz. Change has already come to Audi for the 2010 model year: this week, Audi...Read More»

The 2010 BMW 5-Series GT world debut is just weeks away, at the Frankfurt auto show. Now, according to BMW and to new details confirmed by BMWBlog, the new sedan version of the mid-size 5er family will add an interesting twist or two, when it joins the family next year. The new 5-Series Sedan is...Read More»

When Aston Martin unveiled the Lagonda SUV concept in Geneva last March, reviews ran the gamut from "mixed" to "ow, my eyes!" Not surprisingly, the automaker recently announced that the clunky SUV won't see the light of day anytime soon. In doing so, Aston Martin used the currently fashionable...Read More»

Poetry In Motion: Infiniti Essence To Hit The Track

At the 2009 Geneva Motor Show in March, Infiniti rolled out its sleek, stylish Essence concept. Boasting the company's first gas/electric hybrid drivetrain--featuring a zero-emission 160hp electric motor and a 430hp twin-turbocharged V6--the rear-wheel-drive two-seater made jaws across the TCC...Read More»

Yesterday we showed you the photo excerpts from our recent test drive of the Aston Martin Vantage. The V-8 version of the car's pretty thrilling--but there's more to come from the British marque in short order, even as it launches its One-77 supercar and the upcoming Aston Rapide four-door. The...Read More»

Most car sites don't know what to do with auto show booth-babes. Either they ogle the women like sixth graders who've just found their dad's stack of Playboys (dads still read Playboy, right?), or the journalists get jittery about being politically incorrect and ignore the models altogether. In our...Read More»

Much of the auto world has forgotten about Lagonda--mostly because the brand hasn't cranked out anything on four wheels in nearly as many decades. But like Elvis and Valerie Bertinelli, Lagonda walks among us again--if you happen to be in Switzerland, that is. Aston Martin Lagonda (yes, that's the...Read More»

This year's 2009 Geneva motor show might go down as the glummest industry outing since, well, the 2009 Detroit auto show. But the pall hanging over the global auto industry's being dispelled little by little, as the world's automakers take the wraps off new concepts and real-world cars. Here's a...Read More»

Most car sites don't know what to do with auto show booth-babes. Either they ogle the women like sixth graders who've just found their dad's stack of Playboys (dads still read Playboy, right?), or the journalists get jittery about being politically incorrect and ignore the models altogether. In our...Read More»

Geneva Motor Show: Infiniti Gets To The Essence

Among the many vehicles dropping trou in Geneva today, few are as highly anticipated as the Infiniti Essence concept. You might recall that Infiniti teased us with a detail shot a few weeks back, but of course, we couldn't tell much from one wee pic. (Not that we didn't try.) Today, the veil...Read More»

Marqued is a Porsche-backed classic car auction site for all brands
MotorAuthority.com