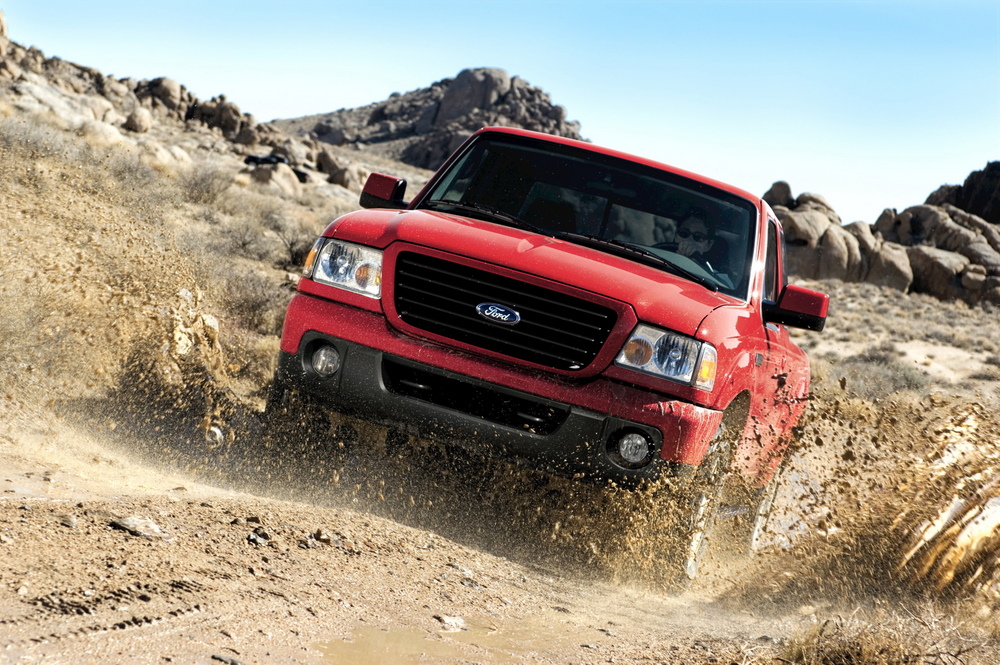 Will You Miss The Ford Ranger? #YouTellUs

This day has been coming for a long time, the death of the U.S. Ford Ranger. Yesterday it was announced that the Ford Ranger will finally cease production on December 22, 2011--two years later than originally planned. Ford had originally scheduled to shut down Ranger production back in 2009, but in...Read More»

Details are out regarding the all-new 2012 Ford Ranger, and the design looks poised to step right in below the F-150 in Ford's lineup. But, sadly to longtime Ranger enthusiasts (and there certainly are some), it's not coming to the U.S. Here's why, in short: The new Ranger that was just introduced...Read More»

BMW says it could build a fourth vehicle in its South Carolina plant; it's already building the 2011 X3, which we'll bring you in first-drive form tomorrow at 6 p.m. [Detroit News] The new Ford Ranger is here! On the Web. Not in the U.S. Not that we needed it or anything since we still have the...Read More»

The Rising And Falling Stars Of The Decade: A Quick Look

Just like the trucker hat jammed in the corner of your closet (let's hope), vehicles come and go with the tides of time, and what was hot just a few years ago might be an unremarkable ride today. Such is the case with the Chrysler PT Cruiser, which was an overwhelming sales success early in the...Read More»

Witness a Bugatti Centodieci get carved out of wood
MotorAuthority.com