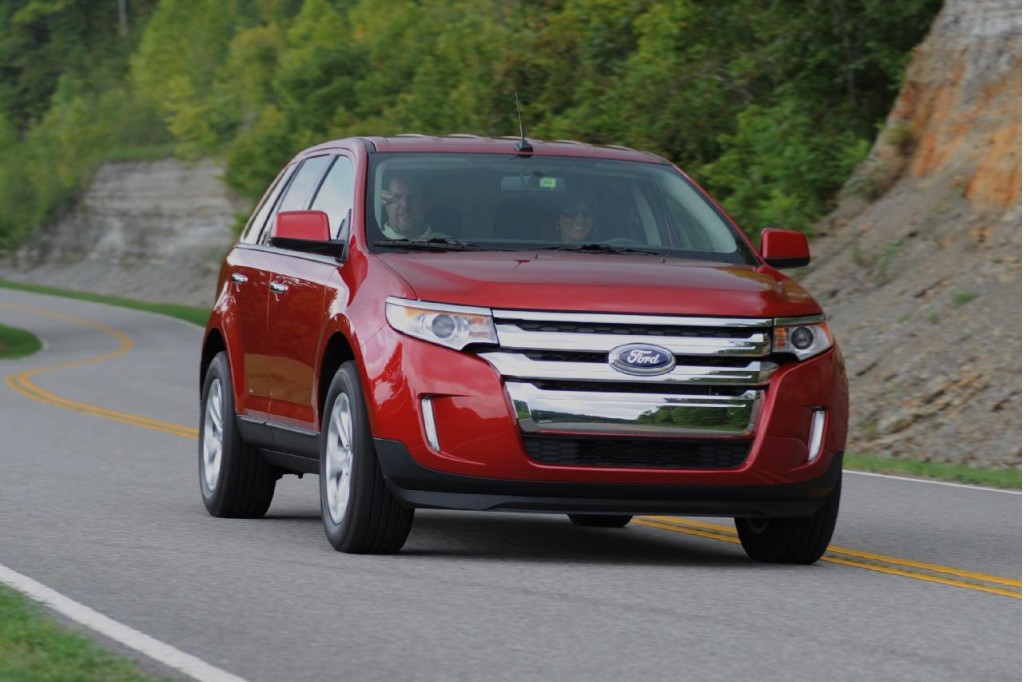 Ford Motor Company's brand-new family crossovers, the 2011 Ford Edge and the 2011 Lincoln MKX, are being recalled. Only 71 vehicles in all are affected by the recall, issued earlier this week by the National Highway Traffic Safety Administration (NHTSA). According to the NHTSA, some Edges and MKXs...Read More»

Family Tip: How to Trick or Treat Safely on Halloween

A massive recall at Nissan and Infiniti--the automaker's third-largest recall ever--affects nearly 750,000 vehicles sold in the U.S. Nissan says the 2004-2006 Nissan Armada pickup and Titan sport-utility vehicle, as well as the same-year models of the Infiniti QX56, are being recalled for an issue...Read More»

More than 3 million Jeep Grand Cherokee sport-utility vehicles could be recalled, if an investigation underway determines they are susceptible to fuel-tank problems. In an unusual move, the National Highway Traffic Safety Administration (NHTSA) has asked Ford, Toyota and GM for data on their...Read More»

The 2009-2010 Chevrolet Impala is being recalled for an issue with seat belts. The National Highway Traffic Safety Administration (NHTSA) has posted the recall on its Web site, SaferCar.gov. According to the recall, the Impalas involved in the recall have lap seat-belt webbing that may not be...Read More»

2010 Cadillac SRX Is Subject of Recall

The 2010 Cadillac SRX will be recalled for repairs to its steering system. The National Highway Traffic Safety Administration (NHTSA) reports that the SRX recall will affect 3,459 of the crossovers. The affected vehicles include those fitted with either the base 2.8-liter V-6 or the optional...Read More»

The 2012 Ford C-Max doesn't show up in Ford dealers until late next year, but this week High Gear Media is going for a test drive in the new seven-passenger MPV in France, as a family-friendly follow-up to the 2010 Paris Auto Show. Ford actually builds two vehicles dubbed C-Max in Europe, but only...Read More»

A problem with the steering system in the 2011 Hyundai Sonata has led to an official recall issued this morning by the National Highway Traffic Safety Administration (NHTSA). Earlier this summer, the NHTSA announced it would investigate the Alabama-built four-door for steering failures. In a series...Read More»

Think you know everything about the 2011 Lincoln MKZ Hybrid? Well...what flower's displayed on its green-o-meter? Our first drive knows. [GreenCarReports] We're headed to the 2010 Paris Auto Show in two weeks, but here's a petit hors d'oeuvre in the form of the 2012 Chevrolet Aveo...Read More»

Ford's Transit Connect is aimed at small-business customers who have cargo and delivery needs, but no one said it can't be used by big businesses, as well. Best Buy's famous Geek Squad has been using Volkswagen's New Beetle--alongside traditional full-size vans--as part of its fleet. Well, add one...Read More»

Mazda has announced a recall of almost 200,000 cars due to a problem with the steering. A defect in the power-steering systems of 2007-2009 Mazda 3 and Mazda 5 models could cause a sudden loss of steering assist, increasing the likelihood of a crash. The affected models were all built between April...Read More»

There's more recall news afoot, and this time it's General Motors in the news. The company has recalled 243,043 of its Lambda crossovers--Buick Enclave, Chevrolet Traverse, GMC Acadia, and Saturn Outlook--due to possible damage that could occur to the second-row seat belts when the seats are...Read More»

The Juke may be getting all the press, but that doesn't mean the larger Rogue crossover isn't getting some corporate attention. For 2011, it's getting an exterior facelift, an upgraded interior, and better fuel economy. The Rogue is not getting a major price increase, however. For 2011 the base...Read More»

One thing we here at Family Car Guide like to do every so often is to take a look at two competing models and see how they stack up against each other, using the ratings from our parent Web site, The Car Connection. This week, it's an all-American match-up, as we pit the 2010 Chevrolet Malibu...Read More»

Buick is in the midst of reinventing itself as a brand, and while there are only four Buick models on sale at present, the company will be looking to expand the lineup. In fact, we already know that a baby crossover SUV and compact sedan are on the way. But what else might Buick have in store for...Read More»

Nissan's upcoming Juke compact crossover will be going on sale in October, and Nissan has released official pricing information today. The Juke will start at $18,960 (not including destination fee) for a base Juke S with a continuously-variable automatic transmission (CVT) and front-wheel drive...Read More»

Video: Failed Escape From The Law In A Ford Escape

Here's an example of how not to use a family car. Three teens in Maryland carjacked a Ford Escape, led police on a chase, and then, when cornered, attempted to escape (pun intended) by backing over a police cruiser. Well, that inspired bit of genius failed, as the Escape ended up rolling over, and...Read More»

Honda is recalling approximately 383,000 older Accord, Civic, and Element models due to a problem with the ignition interlock. If the mechanism becomes worn out or damaged, it may be possible for drivers to remove the ignition key when the transmission isn't in park. The issue could cause the...Read More»

Proving that automotive journalism and film criticism have more in common than we'd already suspected--both professions are built around reviews, after all--famed film reviewer Roger Ebert has blogged about his newest purchase: A 2010 Ford Fusion Hybrid. Yes, the man of Siskel and Ebert fame is...Read More»

Norway cracks down: Is “self-charging” a misleading way to pitch hybrids?
GreenCarReports.com

Deep dive: Vince's Nissan Maxima from "The Fast and the Furious"
MotorAuthority.com

The 8 the differences between gasoline and hydrogen engines
MotorAuthority.com