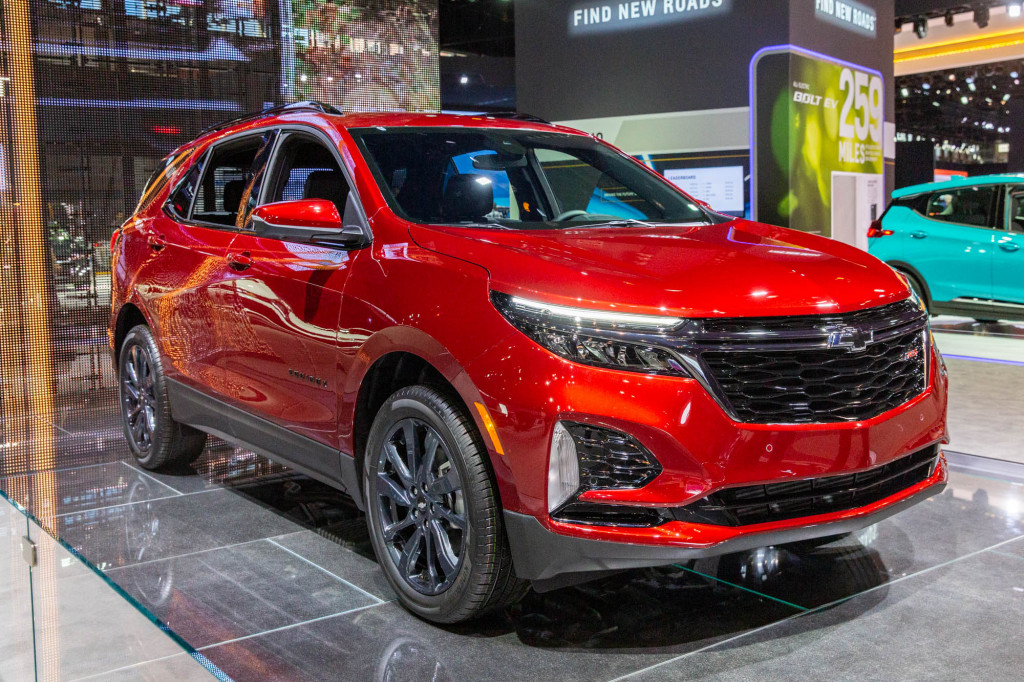 The updated Chevrolet Traverse and Equinox crossovers won't arrive in the fall as 2021 models, the automaker announced Wednesday. Instead, the revised version of Chevy's popular two- and three-row crossovers will be delayed until next year, when they'll be sold as 2022 models. Both delays are...Read More» 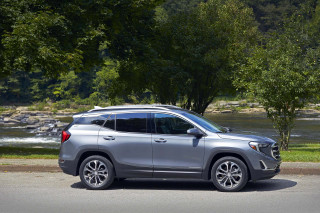 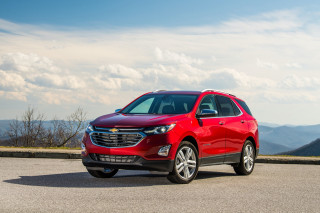 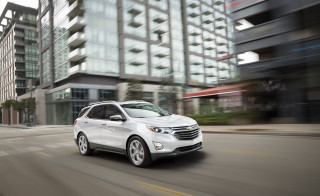 Chevy won't sell a turbodiesel-powered Equinox crossover for 2020, the automaker confirmed this week. Chevrolet spokesman Kevin Kelly told The Car Connection on Thursday that the slow-selling model won't return. "We did discontinue the diesel engine option in the 2020 Chevrolet Equinox due to low...Read More»

General Motors will drop all-wheel drive from its diesel-fueled 2020 Chevrolet Equinox and 2020 GMC Terrain crossover SUVs. CarsDirect reported Monday that crossovers with the 1.6-liter turbodiesel engine will only be offered with front-wheel drive. A Chevrolet spokesman confirmed the news and said...Read More»

The NHTSA has opened a new investigation into the Chevrolet Equinox and GMC Terrain's wiper blades. The government agency will probe both vehicles after a previous recall in 2016 addressed wiper failure, Reuters reported Tuesday. If the NHTSA finds new evidence of wiper failure, GM will be forced...Read More»

Like playing blackjack at a casino, redesigning a mid-size crossover SUV is a huge gamble for an automaker. Mess it up, and you lose big time. Get it right and you may clean out the house and dominate the competition. It’s Chevrolet’s turn to take the gamble with its redesigned 2018...Read More»

The Chevrolet Equinox's revitalization has been long overdue. Compact crossovers are all the rage in America's driveways and Chevy's entry had been out of touch for a few years. The old model could trace its roots back to George W. Bush's first term. Despite some updates, its thirsty engines, its...Read More»

Chevrolet took its time to build a compact crossover SUV—but when it did the Equinox became a hit, thanks to generous proportions and a nifty sliding second-row seat. It even spawned a GMC edition, the boxy and rugged-looking Terrain. Between those two GM utility vehicles, which one's better...Read More»

With less than a month to go before election day, most of America's news headlines are focused on the presidential election--and rightly so. But in the background, the non-stop fiacsco known as Dieselgate has been lumbering on. Here are a few of the recent items you might've missed: America's VW...Read More»

Ladies and gentlemen, the 40 mpg crossover has arrived—or at least it will early next year, when the 2018 Chevrolet Equinox goes on sale boasting a trio of turbocharged engines designed to squeeze the most out of a gallon of gas. Or diesel, as it turns out. The Equinox will become the first...Read More»

General Motors has issued a recall for 367,808 Chevrolet Equinox and GMC Terrain vehicles from the 2013 model year. The National Highway Traffic Safety Administration reports that some of those vehicles may have a problem with their windshield wipers that could result in a loss of visibility while...Read More»

General Motors is recalling 7,620 vehicles in the U.S. that may be equipped with faulty electronic park lock levers. According to a bulletin from the National Highway Traffic Safety Administration, those levers may allow drivers to remove their ignition keys without their vehicles being in "park"...Read More»

We've spent plenty of time talking about the dangers of texting and driving, and the data on that seems clear: taking your eyes off the road to type out a message on your smartphone is a recipe for disaster. But what about using hands-free, voice-to-text systems? If you ask Siri to send a text to...Read More»

The Chevy Equinox has been a surprise hit for General Motors in its second generation, but it's been on sale virtually unchanged since 2010. It's time for some updates--especially now that the CR-V, RAV4, and Santa Fe are all better than ever. For the 2016 model year, Chevrolet is giving the...Read More»

With its 2014 Chevrolet Equinox and 2014 GMC Terrain midsize crossover utility vehicles, General Motors [NYSE: GM] stands at the top of the latest round of crash-test results from the Insurance Institute for Highway Safety (IIHS). Only those two models, plus one additional model, the 2014 Toyota...Read More»

If you're in the market for a new vehicle -- particularly one from Buick, Chevrolet, or GMC -- Costco has a deal for you. From now until January 2, 2013, Costco members can receive GM Preferred Pricing on the following models: Buick: Enclave, LaCrosse, Verano Chevrolet: Camaro (except ZL1 models)...Read More»

General Motors has issued a recall for the 2012 Chevrolet Equinox and the 2012 GMC Terrain. At issue is the vehicles' tire pressure monitoring system, which doesn't meet federal standards. Tire pressure systems are supposed to alert drivers when the pressure in any tire is 25% below the recommended...Read More»

Electric-car rivalry heats up: Just 4% of Tesla shoppers will only choose the brand, survey finds
GreenCarReports.com

Next Mercedes-Benz AMG C63 will reportedly be a plug-in hybrid with a 4-cylinder, 550 hp
MotorAuthority.com