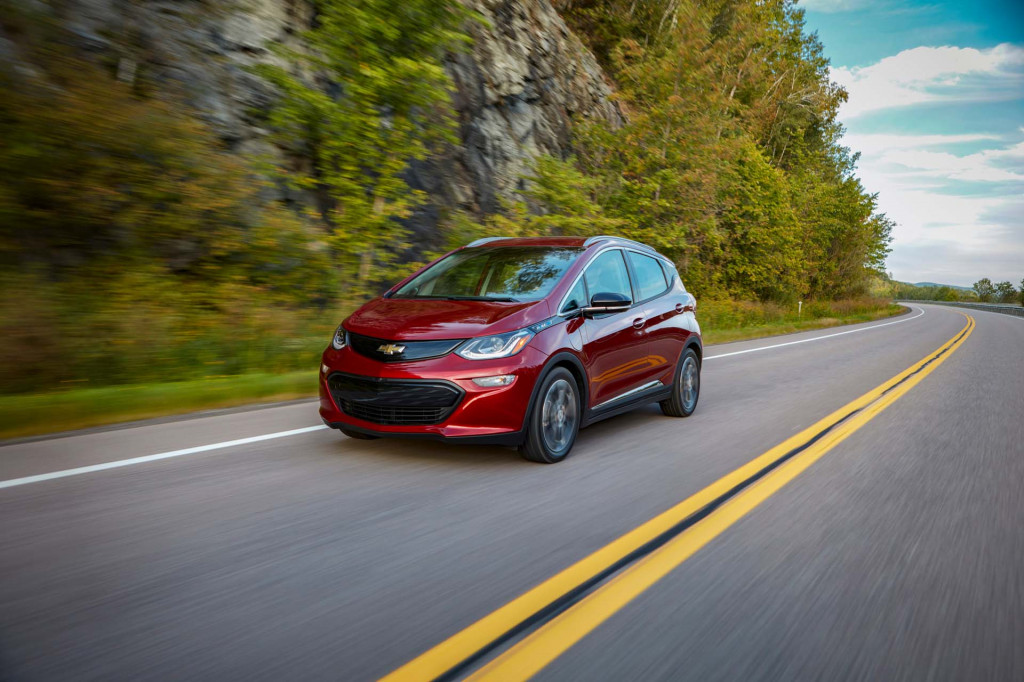 Chevrolet announced Thursday that its 2020 Bolt EV is getting a 21-mile bump in range, bringing its total up to 259 miles---an almost-10-percent increase compared to the 2019 model. The additional range comes from an adjustment to the Bolt EV's battery chemistry, which resulted in a 10% improvement...Read More»

In a case that could potentially set a landmark precedent, a motorcyclist is taking GM to court for its role in a 2017 collision between the rider and a self-driving Chevrolet Bolt EV. The vehicle involved is part of GM’s self-driving Cruise Anywhere ride-sharing fleet that it hopes will soon...Read More»

Want A Chevrolet Bolt? You May Be Able To Get One Sooner Than You Thought

When the Chevrolet Bolt was unveiled earlier this year at the Detroit Auto Show, General Motors said that the long-range, all-electric hatchback would roll into showrooms during the 2017 calendar year. According to Auto News, though, Christmas may come earlier than expected for electric car fans...Read More»

For those who've gazed upon the cute, chunky, Chevrolet Bolt electric car concept and wondered if it will ever go into production, today's your lucky day. According to Auto News, the Bolt is slated to hit the assembly lines late next year, in advance of its 2017 debut. READ: GM's Total Bill For...Read More»

Honda US EV plans: Solid-state batteries later this decade, all EVs by 2040
GreenCarReports.com