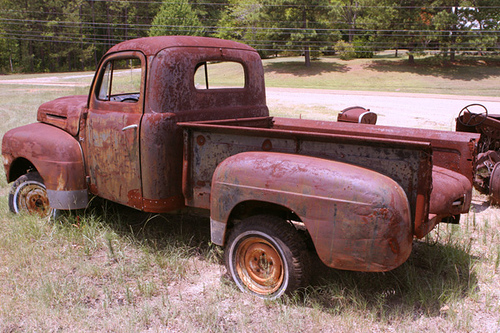 The Car Allowance Rebate System (CARS) was proposed as a necessary and cost-effective way of stimulating the economy and the car industry when it was being debated this summer. Once it went into action, it proved hugely popular, needing emergency funding expansion to meet the demand. But what was...Read More»

The Cash For Clunkers, or CARS, program was rather successful in collecting old, junky cars--but it's having a hard time getting rid of them. And that is translating into a lot longer--and potentially dirtier--process than had originally been anticipated. Recycling the clunkers cars is one of the...Read More»

Average MPG of New Vehicles Soars in August, Thanks to Clunkers Cash

Chalk it all up to Cash For Clunkers: The average gas mileage of new cars and light trucks sold during August reached a record high of 23 miles per gallon, up 8 percent over the 21.2 mpg in August 2008. The 23-mpg level equals the highest recorded average, back in August 2007, when gasoline neared...Read More»

Report: Cash For Clunkers Could Be Broke By September

Three billion dollars is a lot of money - a lot of taxpayer money, to be precise - and that's how much has been allocated to the Car Allowance Rebate System (CARS), more commonly known as 'cash for clunkers'. But even that much money may not be enough, with early reports indicating the fund could...Read More»

Yesterday afternoon, the US Senate passed a $2 billion extension to the Car Allowance Rebate Systems (CARS) program--better known as "Cash for Clunkers"--by a vote of 60 to 37. President Barack Obama is expected to sign it today. The vote approved a bill identical to the one passed last Friday by...Read More»

Cash For Clunkers To Cause Used Car Bubble?

The law of supply and demand is a fairly simple concept - before you exit screaming with memories of high school economics flashing before your eyes, read on for just a minute - but the problem with simple concepts is they are often applied to highly complex situations. Take the impact of the new...Read More»

2022 Genesis G70 wagon spy shots: Longroof coming but probably not to US
MotorAuthority.com

Latest Porsche Experience Center to be built in Japan
MotorAuthority.com