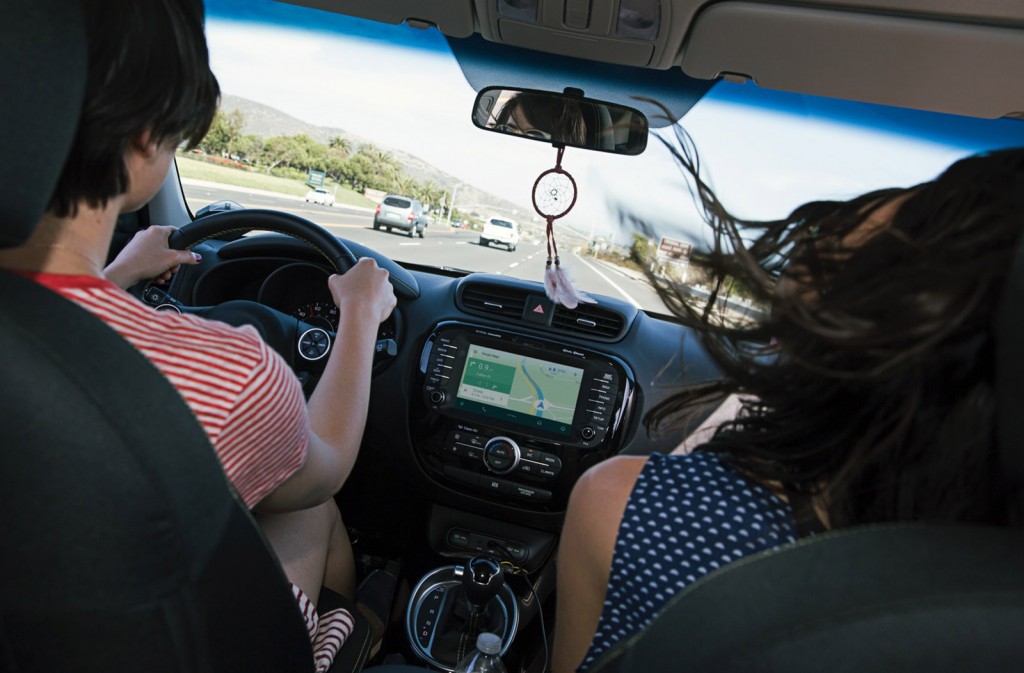 Automakers Concerned About Google Data-Mining Us In The Car

Unless you live a very isolated, disconnected existence, you’re probably leaving quite the trail for Google. Are you ready to leave more of a trail about how you stay connected in your car? Of course we already do drive around with GPS-tagging, server-connecting smartphones in our vehicles...Read More»

Car companies aren't known for creating awesome infotainment systems. In fact, though today's vehicles are mechanically very good, quality scores have plummeted because of terrible in-dash software. That's why many shoppers are excited about the long-overdue arrival of Google's Android Auto and...Read More»

Regardless of the NHTSA’s views, the use of smartphones in vehicles is a rising trend. A recent J.D. Power and Associates survey on emerging technologies showed that 86 percent of smartphone owners admit to using them in their vehicles. As an automaker, Ford has to walk a fine line between...Read More»

2012 Ford Mustang Owners Next In Line For SYNC AppLink

A couple of weeks ago, we told you that 2011 Ford Fiesta owners would be the first folks to get their hands on Ford's snazzy new SYNC AppLink. That seemed like a smart move, given the Fiesta's target market of young, wired urbanites. Now, Ford has announced that AppLink will next appear on...the...Read More»

Morgan gets into the overlanding spirit with Plus Four CX-T
MotorAuthority.com

Biden targets 50% EVs by 2030, as US automakers “aspire” to a lesser goal
GreenCarReports.com
The Car Connection Daily Headlines