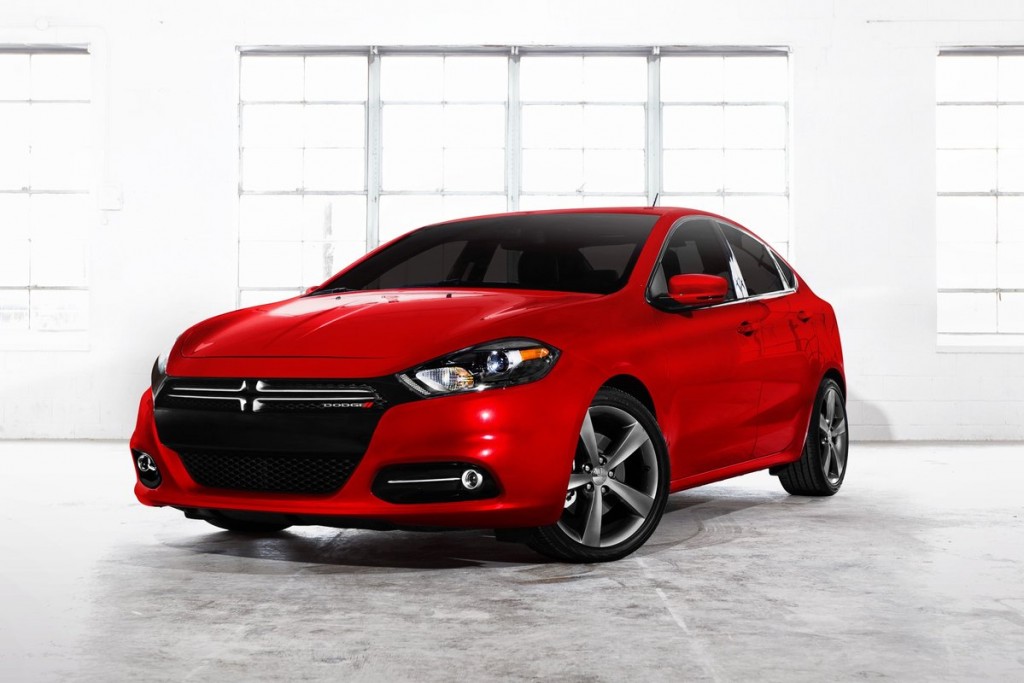 There's no two ways about it: the Dodge Dart isn't selling. Just a year after its debut -- a debut heralded loudly throughout the automotive world -- the Dart's sales were pretty dismal. Many of you vented about the compact model, complaining about things as varied as its so-so looks to its iffy...Read More»

Back in March, Chrysler issued a recall for 2012 and 2013 models of the Jeep Grand Cherokee and Dodge Durango. According to a press release from the automaker, some customers had complained about "pedal feel" on the vehicles' brakes -- a problem that Chrysler traced to restricted brake fluid flow...Read More»

Many American families are skipping over mid-size sedans in favor of compact crossovers. And while it only takes some crawling around the interior of these models—and some weekend errands—to ascertain why, there’s an inconvenient truth about them: Many of these smaller utility...Read More»

The affordable mid-size category now includes one more top safety performer: the 2014 Chevrolet Malibu. Chevy's mid-size sedan has earned top 'good' scores in every category of testing—ranking it among a group of top-tier safety performers that includes the Ford Fusion, Honda Accord, Mazda 6...Read More»

If you're looking to take home a new Chevy Cruze, you might be out of luck for a few extra days; GM [NYSE: GM] has issued a stop-sale of the popular compact sedan—meaning essentially that no further deliveries can be made until are inspected and repaired as necessary. The issue, reportedly...Read More»

Toyota has its authentic SUVs--the 4Runner and the Land Cruiser. But let's face it, not everyone's going rock-crawling or going on safari. For families that need the SUV space but not the SUV gear, Toyota has the Highlander. It's new this year, and it's changed a lot. So how does this latest 2014...Read More»

Nissan North America has issued a massive recall for Nissan and Inifiniti vehicles due to a software glitch that could prevent certain airbags from deploying during collisions. The recall affects a range of vehicles from the 2013 and 2014 model years, including: 2013 Infiniti JX35 2014 Infiniti Q50...Read More»

No matter what you’ve started to consider in a next new car, there are two things that taking a quick spin in a 2014 Ford Fiesta can make abundantly clear. The first is that small cars don’t have to be so soulless and appliance-like. The second? Low-price new cars don't all feel...Read More»

The 2014 Subaru Legacy isn't a head-turner. In fact, the innocuous nature of its exterior could be an asset to some of the people who choose this model, which remains the only affordable mid-size sedan that includes all-wheel drive on the entire model line. And in what we can only chalk down as an...Read More»

The redesigned 2014 Nissan Rogue crossover utility vehicle hasn't been on the market long; but it's already earned a top-tier score from one of the major U.S. safety organizations—in this case, the Insurance Institute for Highway Safety (IIHS). The 2014 Rogue managed the insurance-funded...Read More»

The 2014 Hyundai Veloster has been awarded a top five-star Overall rating from the U.S. National Highway Traffic Safety Administration (NHTSA). Looking at individual test results, the Veloster earned four stars in the Frontal Crash category and five stars in the Side Crash category. That included...Read More»

2014 Subaru Forester: Six Reasons It's Among The Safest Crossovers

Long before beginning our Subaru Forester Six-Month Road Test--and before the brand's recent sales surge--the Forester had built quite a reputation as one of the safer small utility vehicles or crossovers on the market. Today it lives up to that reputation; and that holds whether we're speaking of...Read More»

The past few weeks haven't been particularly kind to General Motors. Not only has the company launched a massive recall of 1.62 million vehicles, it's also faced serious criticism from U.S. legislators for its leaden response to the underlying problem behind the recall -- a problem that has been...Read More»

At one month into our 2014 Subaru Forester XT Six-Month Road Test, we're pleased to report we've settled into an easy rhythm with our Best Car To Buy 2014. It's one of the most versatile wagons we've ever driven--a gaping maw to stuff with household goods or charity donations one day, a perky...Read More»

The Mazda 3 has always been one of the best-driving compact cars. It’s never been what we'd call beautiful--but now it has to be, now that it's up against eye-catching shapes like the Hyundai Elantra, Dodge Dart, and especially the Ford Focus and its hot ST edition. Does this year's new Mazda...Read More»

Toyota has, for at least a couple of decades and several generations of modest, evolutionary change, played it safe with the best-selling Corolla. But with the all-new 2014 Corolla, the automaker has gotten smart; realizing that it was losing too many sales to stylish, sportier models like the Ford...Read More»

2014 Buick Encore: GM Beats Lexus To The Punch, With A Great Mini-RX

The 2014 Buick Encore is the kind of small car that your mom would probably like to drive. Why? Because with tidy proportions, easy entry and exit, a responsive-but-light driving experience, a super-quiet interior, and tech features that are present but not in the forefront, this is a car...Read More»

Some 13,535 Nissan Frontier pickups from the 2012, 2013, and 2014 model years are being recalled this week for a problem with the wiring harness. According to a letter that Nissan sent to the National Highway Traffic Safety Administration (PDF), the recall stems from a problem with a wiring harness...Read More»

The final Bugatti Divo has been built and delivered
MotorAuthority.com