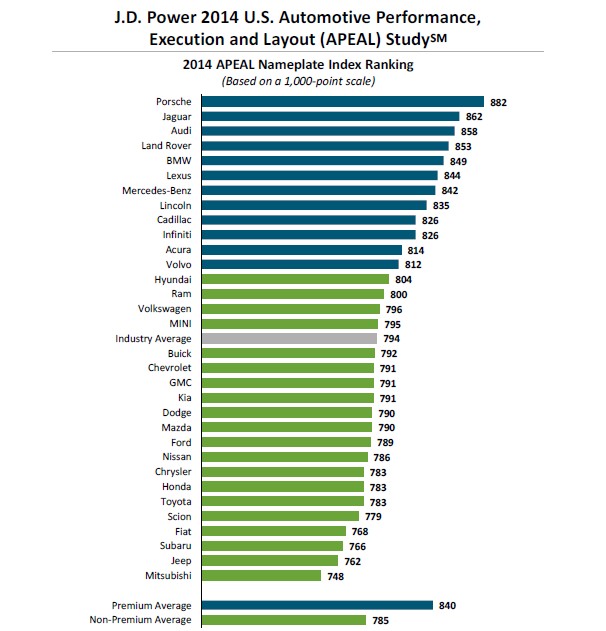 For nearly two decades, J.D. Power has polled customers to gauge how well they like their new rides. This morning, the firm released the results of its 19th annual Automotive Performance, Execution and Layout study (aka "the APEAL study"), and while luxury brands earned the highest marks from...Read More»

The auto industry's been known to defy logic. At the 2012 Paris Auto Show, it seemed to defy gravity. Europe's been embroiled in a currency crisis for more than a year. In the U.S., the economy's barely edged out of recession, and stiff new fuel-economy standards are starting to take effect. Around...Read More»

Today at The Car Connection, we reviewed the 2013 BMW 5-Series and Infiniti priced the 2013 G37 model lineup. Flo from Progressive Insurance made a top-10 list and Volkswagen revealed a 2014 Golf GTI design concept. All this and more in today's car news, right here on The Car Connection. Lexus cut...Read More»