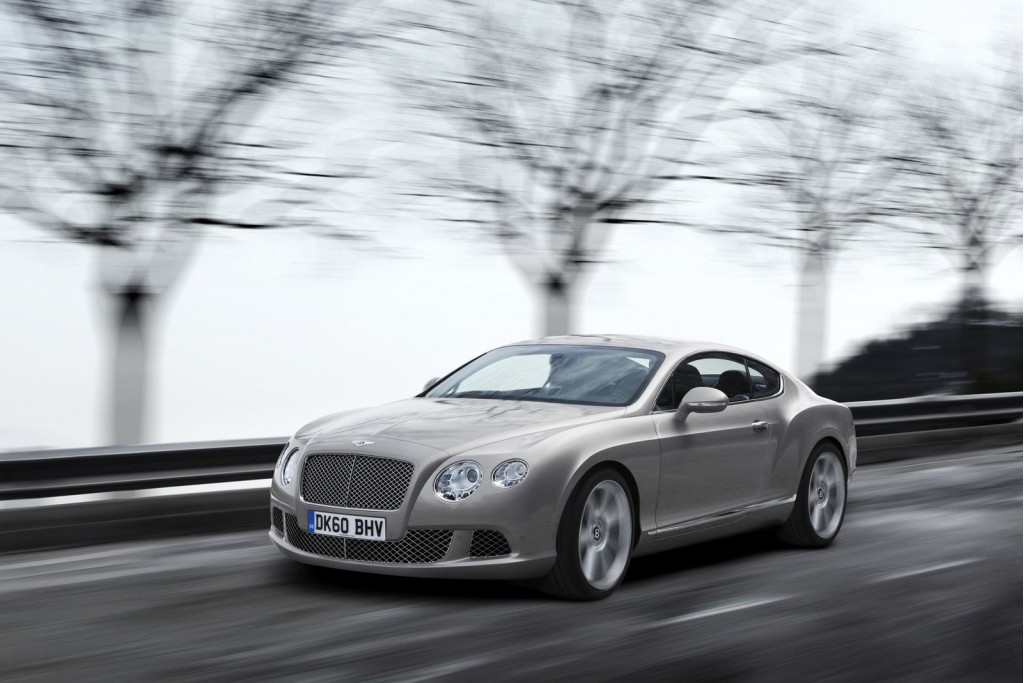 There's a 2011 Bentley Continental GT prowling the Internet--and we'll have more to go with this preview as we cover the 2010 Paris auto show. [MotorAuthority] Competing for eyeballs and press-kit eBayers in Paris: the 2012 Lamborghini Jota, being teased piece by piece like the wares offered at...Read More»

Bentley isn't known for making gas-sippers. In fact, some of its current models rank among the least fuel-efficient in the country (down to the single digits). But that reputation may change a bit when Bentley launches its new, top-secret powertrain in 2011. There's speculation that the engine may...Read More»