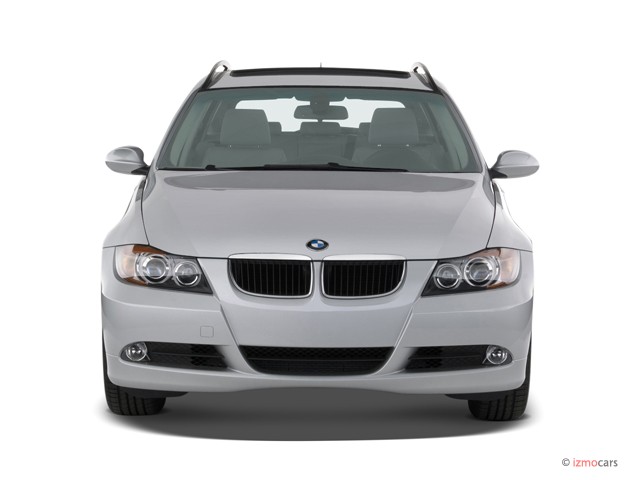 BMW has announced a limited-time offer, running from February 2 through March 31, to extend the no-cost maintenance coverage on some U.S. Certified Pre-Owned (CPO) cars by an additional two years or 50,000 miles. With this offer, buyers would be covered by warranty for six years or 100,000 miles...Read More»

Volkswagen unveiled a sleek New Compact Coupe concept, with a 45-mpg hybrid powertrain and an off-white leather interior with bucket seats for four. According to Volkswagen, “the New Compact Coupe (NCC) shows, both technically and visually, how Volkswagen envisions a front-wheel-drive hybrid...Read More»

VW Planning Diesel Beetle And Electric Up! Minicar For U.S.

At last week’s 2009 Los Angeles Auto Show Volkswagen unveiled special Final Edition versions of its New Beetle Coupe and Convertible, signalling that the current model’s run is set to come to an end. That's because Volkswagen’s New Beetle (pictured), which has been on sale since...Read More»

You're well aware that Toyota is recalling the 2004-2009 Prius--among a list of vehicles--for an issue with floor mats. Here at High Gear Media, we have at least two vehicles affected by the recall, both 2004 Toyota Prius hatchbacks, both even the same shade of blue. One of them's mine, and in the...Read More»

Toyota says there's no evidence that the automaker's Toyota or Lexus vehicles have an unintended-acceleration issue. But improperly installed or wrong-size floor mats can interfere with the accelerator pedal and cause it to stick, the automaker admits. Today Toyota started to mail letters to...Read More»

Volkswagen’s New Beetle has been on the market for a little over ten years and has enjoyed relatively strong sales despite the lack of significant changes during its life. More than one million New Beetles have been built at Volkswagen’s Puebla plant in Mexico and it looks like...Read More»

Lots of carmakers are offering "Cash for Clunkers"-related deals--including Chrysler, which is simply giving buyers $4,500 back for any of its cars, regardless of tradein, and Hyundai, which even jumped the gun on the feds. Now, makers of new clean diesel models are jumping on the clunker caravan...Read More»

TheCarConnection.com has already previewed a Euro-spec Golf VI and gushed over its features and interior details. But don't get your hopes too high expecting that the decidedly upscale feel or top-tech powertrains will arrive to the U.S. in the most affordable version of the next-generation, 2011...Read More»

Volkswagen Invests South Of The Border

Volkswagen has set a lofty goal of tripling VW and Audi sales in the U.S. by calendar year 2018. To help meet that objective, the company began construction of a new factory facility in Chattanooga, Tennessee in May. Now comes word that the company is also investing a whopping $1 billion to expand...Read More»

Oil baron-turned-clean tech tycoon T. Boone Pickens has been spending lots of time in D.C. these days, pushing for a variety of changes in U.S. energy policy. Yesterday he proved successful on one of those initiatives when Senate Majority Leader Harry Reid (D-NV), joined Senators Orrin Hatch (R-UT)...Read More»

The Honda Civic sold in Europe is a very different beast to the mundane version sold here in the United States, and in some guises is even pitched as a performance model. The car is aggressively styled and comes with a space-age look that really makes it stand out from the crowd. Hot-hatch fans...Read More»

In remarks to the automotive and environmental press last week in Seattle, Volkswagen of America president and CEO Stefan Jacoby said that while the automaker is considering electric vehicles along with other alternatives, he does not see EVs or advanced plug-ins becoming a significant portion of...Read More»

Link Love From The Car Connection: A Playmate's Mini Cooper, Eric Bana's Beast, And The Women Of Moscow Need Help

The A Train is hopping again -- Remember when we told you that Americans were driving less and causing fewer traffic snarls? Well, that might have something to do with the fact that more folks are riding buses, subways, ferries, and other forms of public transportation than they have in 52 years...Read More»

Well, there's always Michael Moore -- Fellow PBS fans, the Big Three meltdown has a nasty surprise in store: to cut back on expenses, GM will no longer fund the films of Ken Burns. We understand the rationale; we just wish M. Night Shyamalan's backers would make the same move. Like, yesterday...Read More»

Some 3,663 '07 and '08 model year Dodge Nitro and Jeep Liberty small SUVs, which share a platform, have been recalled due to "various degrees of reduced effectiveness" of their parking brakes. So far, 24 incidents have been reported, with one alleged vehicle crash, says Edmunds. The recall involves...Read More»

Bentley's storied past has been filled with exclusivity, and the firm figures that the ending of the Arnage line in its current iteration (extant some 10 years) deserves fanfare of the extra-exclusive variety. It is in this spirit that Bentley announces the aptly named Arnage Final Series, to be...Read More»

After all the hoopla around the official reveal of the production Chevrolet Volt, preceded by equally breathless press around an apparent leak of unofficial photos, I was about to emit a strangled scream: "STOP already, the damn car won't be here for more than two years!" Well, this morning...Read More»

Highway Deaths Down in 2007

More than 41,000 people died in car accidents on U.S. roads last year, the lowest number of fatalities in more than a decade. The National Highway Traffic Safety Administration says 41,059 people died on the nation's roads, which is the lowest total since 1994 and a drop of more than 1,000...Read More»

There's a Midnight Purple R34 Nissan Skyline GT-R V-Spec for sale in the US
MotorAuthority.com

VW Project Trinity EV due mid-decade being developed "from the inside out"
GreenCarReports.com
The Car Connection Daily Headlines