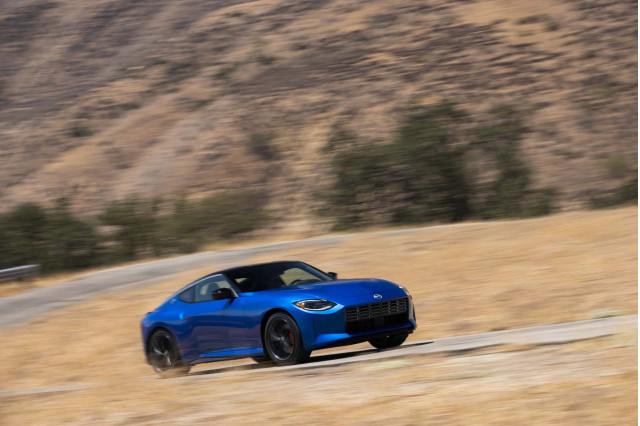 On Tuesday, the 2023 Nissan Z debuted with more power, more convenience and safety technology, and a retro design that arrives at U.S. dealers in the spring of 2022.

The new Z is simply called the Z, dropping the numerical prefixes of the old generation along with its naturally aspirated engine. 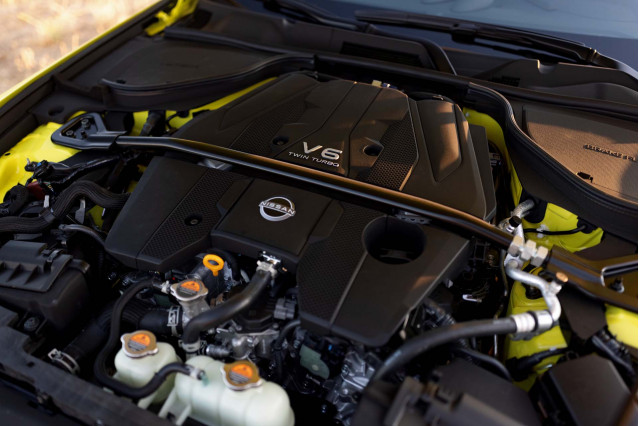 The Z will once again be turbocharged, though unlike the 1990s, it'll be standard. Every Z will be powered by a twin-turbocharged 3.0-liter V-6 with 400 hp and 350 lb-ft. Despite sharing a platform and engine with the Infiniti Q60 Red Sport 400, rear-wheel drive will be the only way to get a Z; all-wheel drive isn't an option. A 6-speed manual transmission will be standard while a 9-speed automatic will be available with paddle shifters modeled after those found in the GT-R supercar.

Nissan didn't release firm performance numbers for the new Z, but said the two-seater would run 0-60 mph about 15% quicker than the current 370Z. That should put it in the low four-second range. 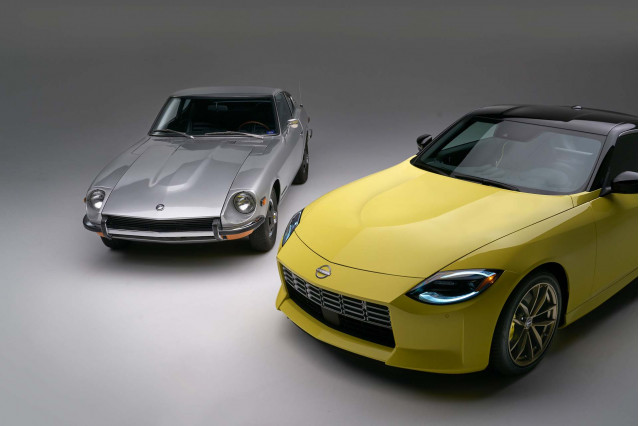 For the design, Nissan went back in time with inspiration pulled from the 1970's 240Z and 1990's 300ZX. The classic long hood, short rear deck proportions are a dead ringer for the 240Z, as is the front end with its large rectangular grille and circular LED daytime running lights. The rear hearkens back to the 300ZX of the '90s with horizontal LED taillights. 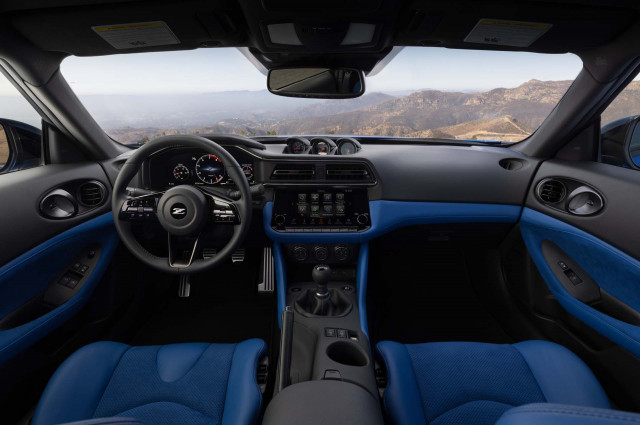 Inside the Z will be familiar, yet updated and modern, to those who have been in a Z in the last two decades. A 12.3-inch reconfigurable gauge cluster is standard as is an 8.0-inch touchscreen with Apple CarPlay and Android Auto. Upper trim Performance models swap in a 9.0-inch touchscreen infotainment system with navigation. Three analog gauges sit atop the dashboard canted towards the driver as a throwback to the original Z cars.

Pricing and fuel economy information will be released closer to the Z's launch in the spring of 2022.