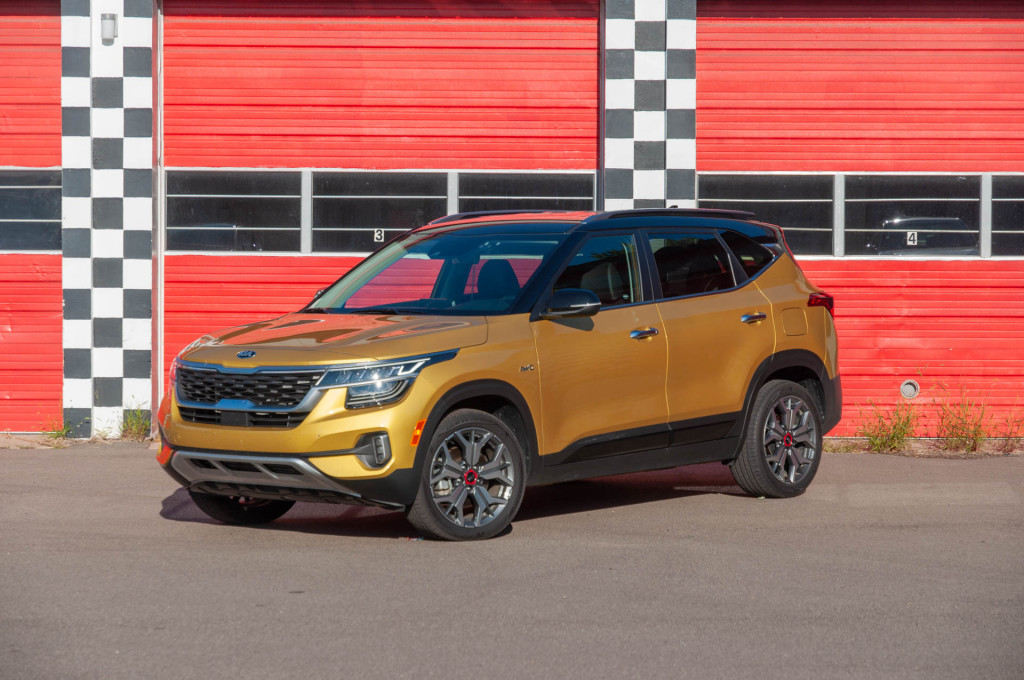 The 2021 Kia Seltos and 2020-2021 Kia Soul small utility vehicles are being recalled for an engine issue that leads to stalls and, in rare cases, engine fires, the NHTSA announced on Monday.

The affected Seltos and Soul crossovers have oil rings that are too hard. Over time, the excessive hardness could chip a piston, which could then scuff the cylinder bore, and cause more oil to be used. Owners may notice an abnormal engine knocking noise, and/or the oil pressure warning light on the instrument cluster. Continued operation of the vehicle in this condition could cause a connecting rod to seize and possibly puncture the engine block. Then, the oil could leak onto the exhaust, and where there's smoke, there might be fire.

Kia reported four known fires due to the issue, though it said there were no known injuries or crashes. The four fires prompted the recall of 125,400 Kia Souls from the 2020-2021 model year, and 21,849 Kia Seltos models equipped with 2.0-liter Nu engines.

This is not the first connecting rod issue for Kia. In December, Kia and sister company Hyundai recalled nearly half a million older vehicles for premature wear on the connecting rod bearings that also could result in a puncture of the engine block. The 2014-2015 Soul was included in that recall. The Kia Seltos didn't come to market until 2021.

This is also the fourth fire-related recall for the two companies in the past year, though for various reasons ranging from the anti-lock brake system to a fuse short circuit.

Owners of the 2020-2021 Kia Soul and 2021 Kia Seltos with the 2.0-liter inline-4 engine will be notified as early as June 11, and will have to bring their cars into a Kia dealer to have the engine inspected and replaced, if necessary. Additionally, dealers will install software that can sense an issue with the piston oil ring and notify the driver. Kia will perform the service free of charge, and will reimburse owners for repair expenses related to the issue.