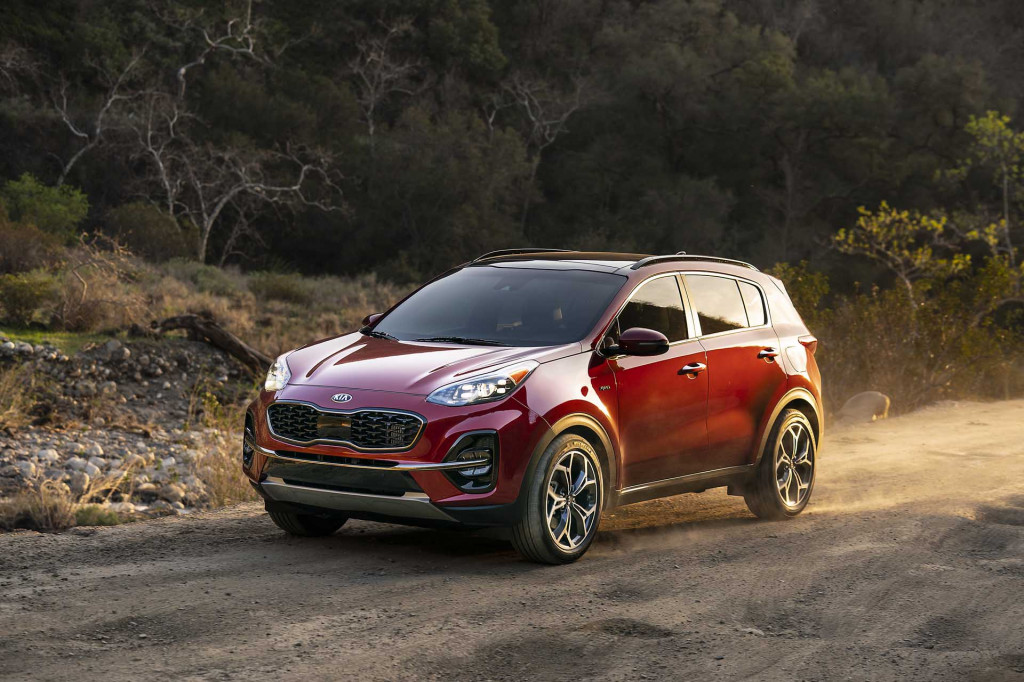 Kia's putting out more flames with another large recall related to increased fire risks. This one exhorts owners to park their cars outside and away from homes until the issue is fixed. The recall will affect 379,931 Sportage crossover SUVs and Cadenza full-size sedans, the NHTSA announced this week.

It's the third fire-related recall issued by the South Korean automaker in the past seven months, all for different reasons. The current issue revolves around a potential short circuit in the electronic control unit. The short could result in excessive current that can in turn increase the risk of an engine compartment fire. The cause of the short is unknown.

Vehicles equipped with adaptive cruise control, designated as SCC or Smart Cruise Control by Kia, are not included in the recall.

Owners may notice various warning lights in the instrument panel, as well as see smoke or smell burning. Dealers will replace the fuse kits with lower-amp fuses, free of charge to owners.

In December, Kia and sister company Hyundai recalled more than 400,000 vehicles for premature wear on connecting rod bearings that could puncture the engine block, cause oil to leak, and result in smoke and/or fire.

In September, the brands recalled nearly 600,000 vehicles for a short in the anti-lock braking system that could cause a fire.

Owners can expect notification as early as April 30, and can visit Kia's recall website to check the status of their vehicles.