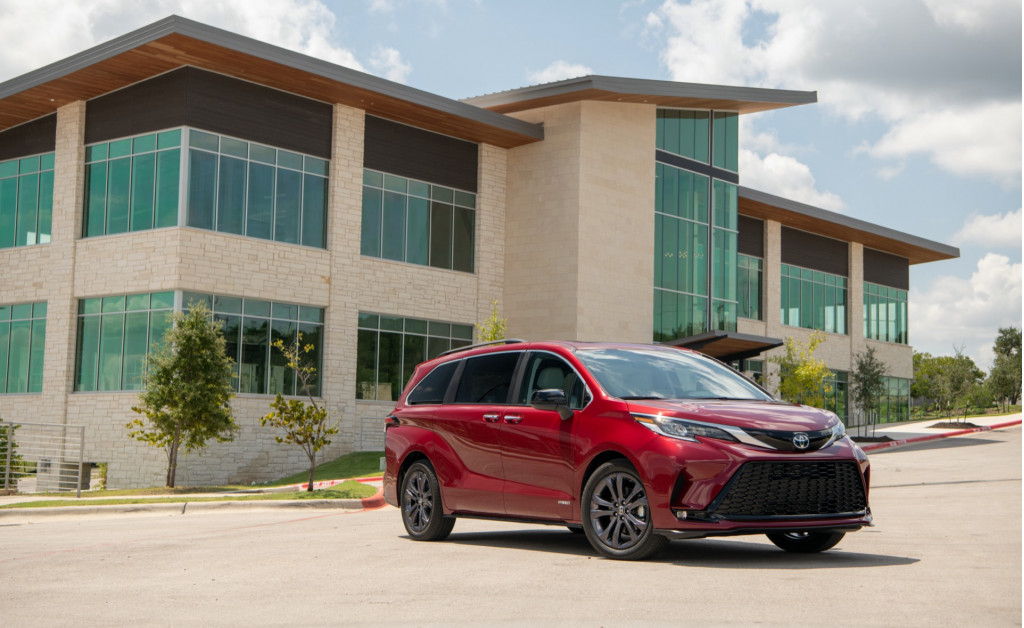 The redesigned 2021 Toyota Sienna hybrid minivan improves not only on fuel economy and standard features, it can withstand crashes better than the outgoing model, too, the IIHS announced Tuesday.

The non-profit institute honored the 2021 Toyota Sienna with its top accolade in a Top Safety Pick+ award. Specifically, the Sienna stayed strong in the small front overlap tests, earning top "Good" ratings over last year's "Acceptable" in the driver-side test and "Marginal" in the passenger-side test. The Sienna aced all six crash tests conducted by the safety group that is funded by the insurance industry. Those results bode well for the Sienna improving its crash results with the NHTSA, which last year gave it five stars but dinged its side impact and rollover tests.

Additionally, standard automatic emergency braking helped the Sienna avoid or mitigate crashes with vehicles and pedestrians, the IIHS found. It avoided collisions with other vehicles in 12 mph and 25 mph tests, earning it a "Superior" rating, and it nearly reduced speeds to 0 mph in the same tests when confronted with a pedestrian. It earned an "Advanced" rating on the pedestrian tests.

With all-wheel drive and the standard hybrid powertrain, the Sienna gets an EPA-rated 35 mpg combined. It joins the 2021 Honda Odyssey in the TSP class this year, but the Honda only comes with front-wheel drive. The only other AWD minivan, the 2021 Chrysler Pacifica, has not yet been rated by the IIHS.