What is Nissan's Safety Shield 360? 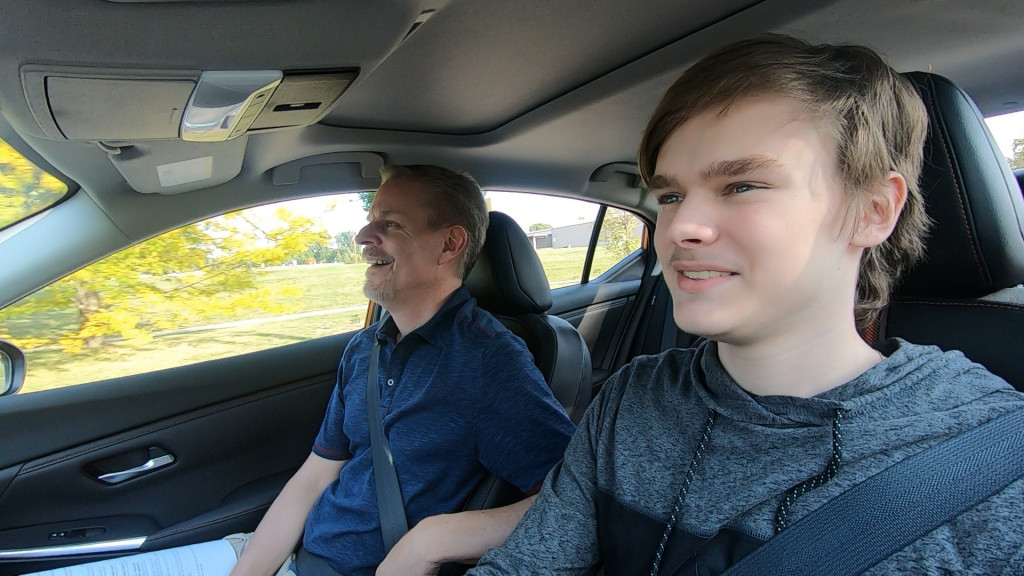 Nissan and Infiniti offer Safety Shield 360, which is a suite of advanced driver-assistance systems that use electronic aids to provide drivers with more comfort and safety. Using cameras, radar units, and other sensors, a vehicle with Safety Shield 360 can maintain the speed of traffic and stay centered in a lane with minimal oversight from a driver. It qualifies as Level 2 out of five levels of driving autonomy as designated by the Society for Automotive Engineers.

Automatic emergency braking that can stop or slow a car from an impending collision has been found by the IIHS to reduce crashes with injuries by up to 56%. Many automakers have voluntarily agreed to add AEB as standard on most volume models for 2022.

What does Safety Shield 360 include? 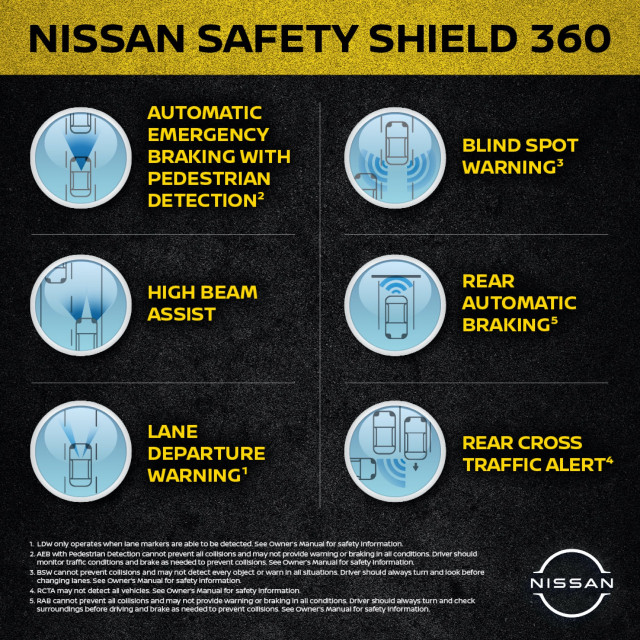 Automatic emergency braking with pedestrian detection can avoid or mitigate crashes with oncoming vehicles and crossing pedestrians. Front-facing radar and a camera can detect an imminent collision, sound and flash an alert, then automatically brake to avoid the collision.

Lane-departure warning senses the lines in the road and will alert the driver with a sound or vibrating the wheel if the car veers out of its lane.

Blind-spot monitors are usually paired with rear cross-traffic alerts. Using rear sensors and rear-facing cameras, the system can detect other vehicles in either blind spot and illuminate a soft warning light in the side mirror. Rear cross-traffic alert uses the same tech but is meant for when the car is in reverse; it can alert the driver of moving objects coming from either side when backing down a driveway or out of a parking spot.

Rear automatic braking takes the cross-traffic alert a step further and applies the brakes to avoid a collision in reverse, like automatic emergency braking. It's typically used for stationary objects.

How well does it work? 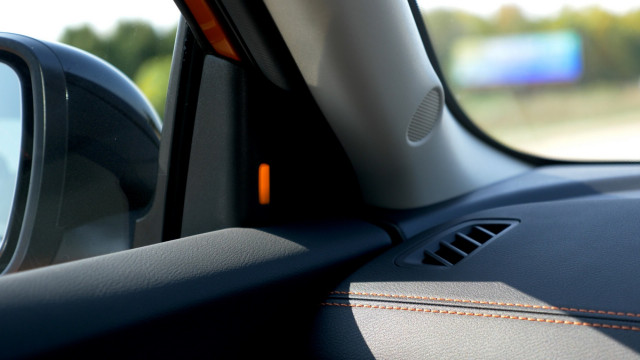 Fortunately, we haven't had to test all the systems. Consumer Reports gave Safety Shield 360 a middling grade in its biennial testing. The IIHS awarded the 2020 Nissan Maxima a Top Safety Pick+ and rated its AEB system as "Superior."

We like the blind-spot monitor's gentle alert with an orange light near the side mirror when there's a car in either blind spot. It's an unobtrusive notification.

The automatic high beam function can be overkill, in our experience, brightly illuminating the road when it doesn't necessarily need it, then shutting off a second or two later than we would prefer—or the oncoming driver likely would prefer.

What Nissan cars have Safety Shield 360?

How much does Safety Shield 360 cost?

It's included as standard equipment on the models above.