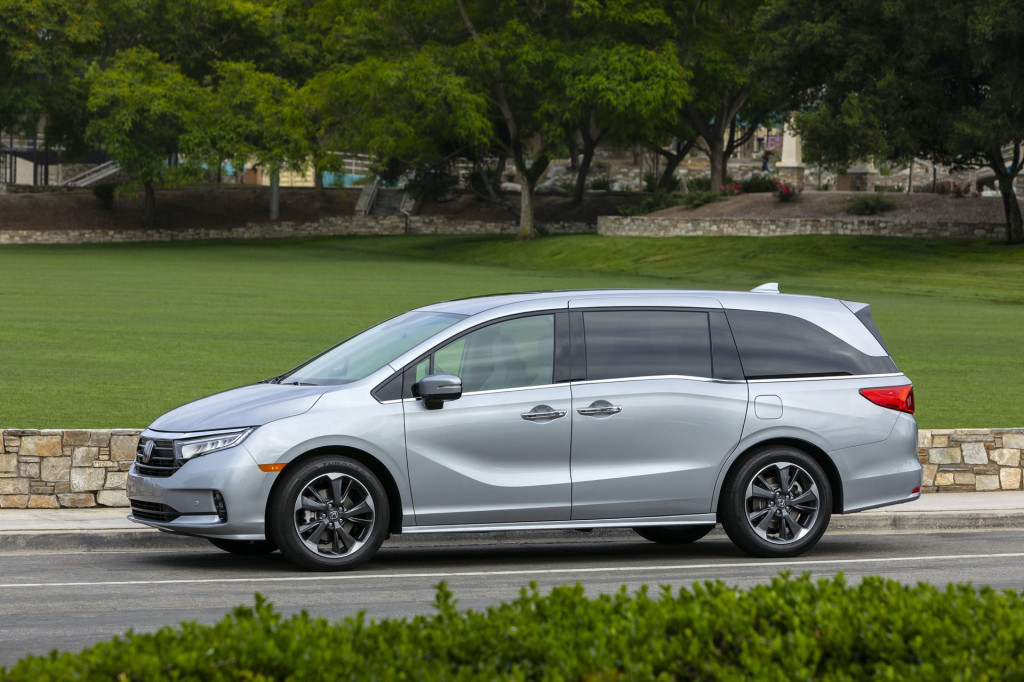 To earn the agency's highest award, the 2021 Honda Odyssey had to score "Good" ratings in all six crash tests and at least an "Acceptable" rating for its standard headlights. The family hauler also scored a "Superior" rating with a standard automatic emergency braking system that stopped the minivan from crashing into another car in 12 mph and 25 mph tests. The system was also able to avoid or significantly reduce the impact of collisions with pedestrians in three separate tests.

If that wasn't enough, the valedictorian of the safety class earned the top "Good+" rating for maximum flexibility in installing child safety seats with LATCH hardware that comes standard. It's the only minivan to get that LATCH rating.

The only demerit was an honor, as well, like getting an A- in an AP class. Standard LED reflector headlights earned a just-less-than-perfect "Acceptable" rating. They replace halogen lights that rated "Poor" on the 2020 model.

While the Toyota Sienna, Chrysler Pacifica, Kia Sedona join the Odyssey with a five-star NHTSA safety rating, the 2021 Odyssey is the only minivan to qualify for a TSP award, let alone a TSP+ recognition. The 2021 Subaru Ascent, 2020 Mazda CX-9, and 2020 Ford Explorer three-row crossover SUVs also earned a TSP+ award from the IIHS.