Both three-row crossover SUVs failed to earn the rating in earlier testing because the vehicles missed a "Good" rating in the driver's side small overlap test, which is one of the six crash tests conducted by the IIHS for passenger safety. All six crash tests must result in a "Good" rating, and a vehicle must score at least an "Acceptable" rating for its standard headlights.

The non-profit safety agency upgraded its rating for the 2020 Ford Explorer and 2020 Lincoln Aviator after Ford modified the subframe to improve crash protection for the driver's left leg. The awards apply to vehicles built after May 2020.

The difference in the "plus" in the safety awards comes down to headlights. The 2020 Explorer's headlights earned "Acceptable" ratings for both the standard LED reflector lights and the top Platinum trim's adaptive LED projector lights. Those lights on the Aviator earned a "Good" rating, but the base headlights only got a "Marginal" rating. Headlights rated "Acceptable" or better increase vision at night, when more crashes happen relative to the number of cars on the road. 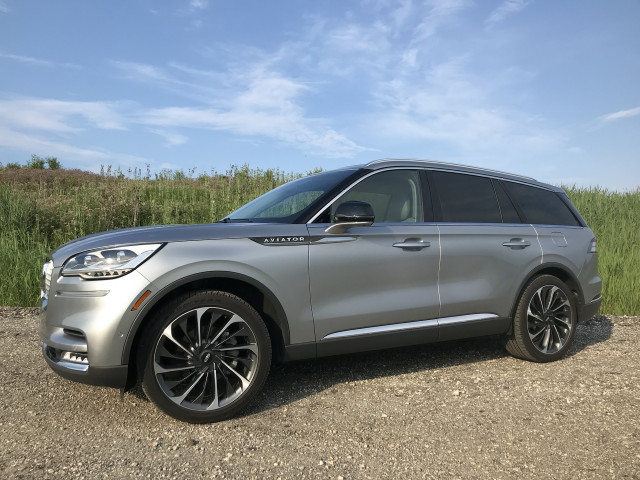 The 2020 Mazda CX-9 and 2021 Subaru Ascent were the only other non-luxury three-row crossover SUVs to earn a TSP+ award.

Both family haulers come standard with automatic emergency braking with pedestrian detection that earned a "Superior" rating for its ability to help the vehicle avoid a collision with other vehicles at speeds of 12 mph and 25 mph. They were also able to come to a stop or almost to a stop with pedestrians crossing in front of the car or walking parallel in the same direction as the car. Additionally, both the 2020 Explorer and 2020 Aviator come with blind-spot monitors with rear cross-traffic alerts.