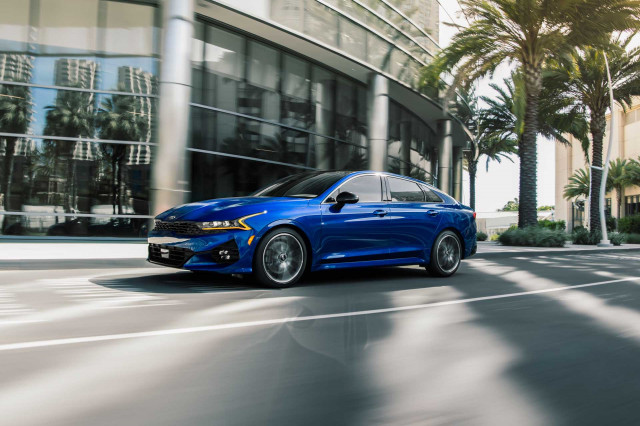 The name won't be the only new thing for the 2021 Kia K5 when it arrives this summer.

On Tuesday, Kia detailed the 2021 K5 mid-size sedan that will replace the Optima in its lineup. In places around the world, the K5 name was applied to the sedan already although Kia didn't ship over the name in the U.S. until now. 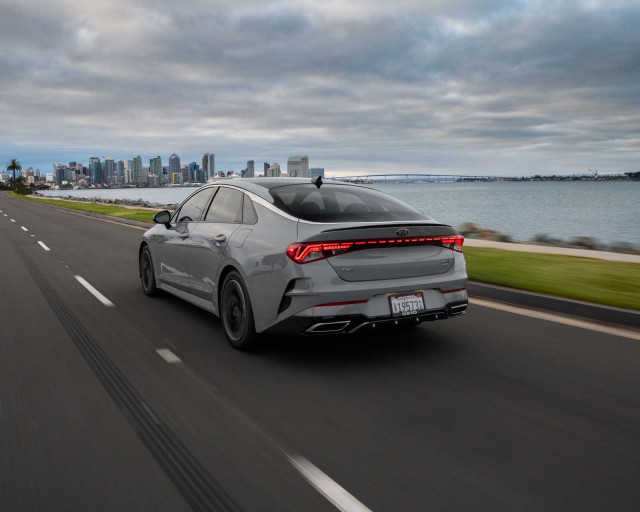 On top of a new name, the K5 is a wholesale change for the mid-size sedan. The K5 sports a new look and new body that's longer, lower, and wider than the Optima it replaces. The new car is two inches longer than the Optima, and rides on a wheelbase that's stretched by 1.8 inches. Kia didn't say how that translates into the cabin for interior space, although we expect a slightly roomier cabin in the already big mid-size sedan.

On the outside, the new car sports a hawkish grille and headlights that have been pinched compared to the old sedan. The floating roofline has been grounded, although the fastback shape remains the same as the outgoing Optima. 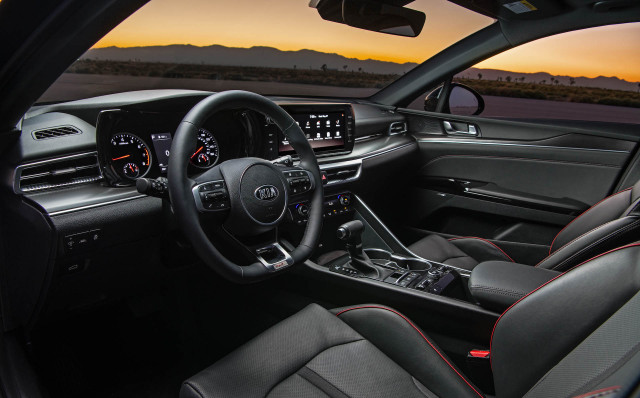 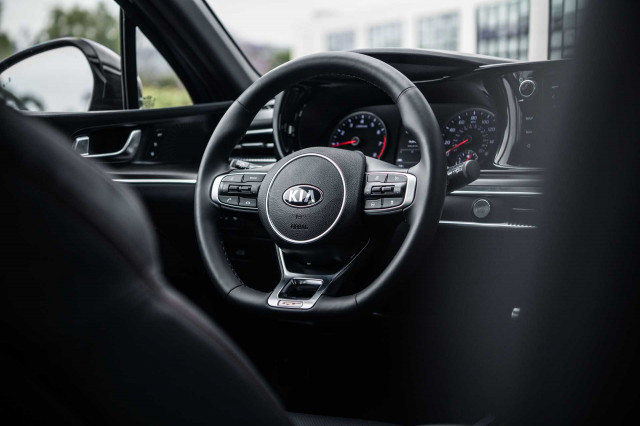 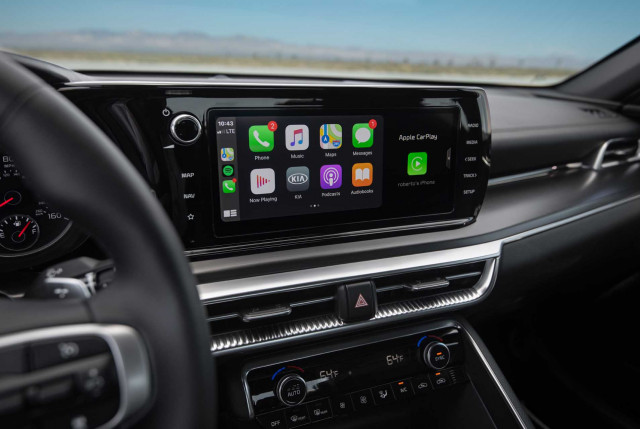 Inside, the new K5 will sport an updated cockpit that boasts an 8.0- or 10.3-inch touchscreen for infotainment with wireless Apple CarPlay or Android Auto compatibility for the smaller screen (the big screen still needs a wire). The touchscreen cants slightly toward the driver and sits atop a wide shelf that spans the width of the car.

The interior steers toward a sportier future for the sedan—same goes for what's under the hood. Kia will offer the K5 with an all-turbocharged engine lineup that starts with a 1.6-liter turbo-4 that makes 180 horsepower. That's paired to an 8-speed automatic transmission and front- or all-wheel drive, the latter of which is a first for Kia's mid-size sedan and available later this year on LXS and GT-Line cars. 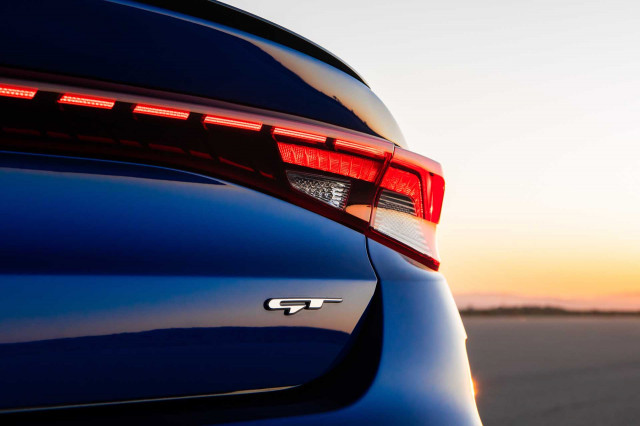 In the fall, a K5 GT will be available with a 2.5-liter turbo-4 that makes 290 hp and drives the front wheels only via an 8-speed dual-clutch automatic transmission. Kia says the GT will accelerate from 0-60 mph in 5.8 seconds. The K5 GT gets a Sport+ mode in addition to the standard Normal, Smart, Sport, Snow (when equipped with all-wheel drive) and Custom drive modes that change throttle response, shift points, and steering wheel heft.

In past years, hybrid and plug-in hybrid versions of the Optima were available although Kia didn't say if a hybrid would appear alongside the new K5.

The K5 also adds standard active safety features including automatic emergency braking with cyclist and pedestrian detection, active lane control, and driver attention monitor. Safety extras include blind-spot monitors, adaptive cruise control, parking sensors, and a rear-exit assistance system that locks the doors to prevent passengers from opening a door if a cyclist or other car is approaching the K5 from the rear.

Kia didn't say how much the K5 would cost, but we should know more closer to its on-sale date this summer.