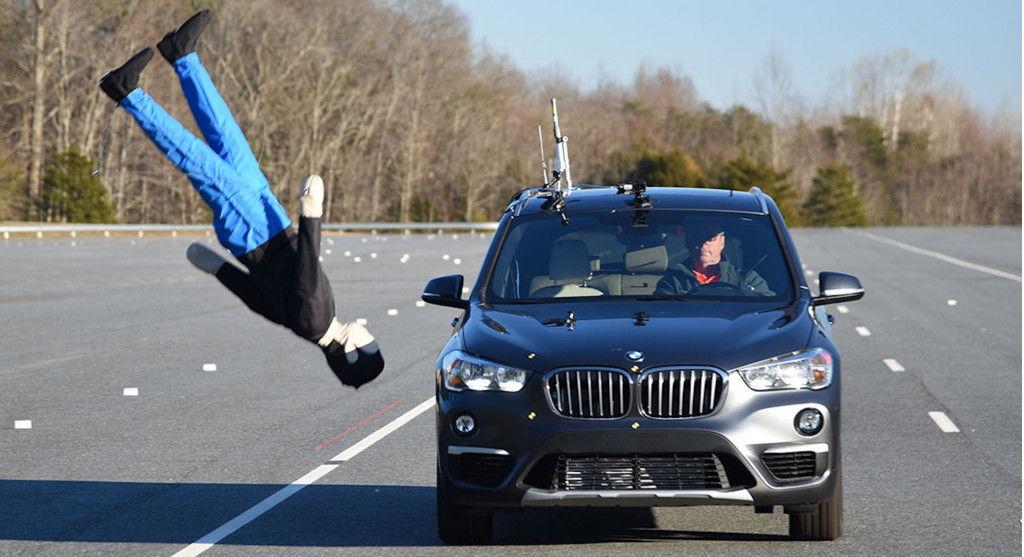 Since the spread of SUVs beginning in the late-1990s, safety advocates have decried the effect of these larger, heavier utility vehicles on car crashes. That same argument applies today to pedestrians, even as advanced safety features have proliferated alongside crossover SUVs, the IIHS suggested in a study released Tuesday.

At speeds faster than 19 mph, SUVs are more likely to kill a pedestrian than a car; at higher speeds, SUVs are even more lethal. Though SUVs have adopted more car-like designs with lower front ends to help limit the impact on crashes with other cars, the IIHS says there hasn't been the same attention paid to pedestrian safety.

“Our findings provide more evidence that manufacturers need to make design changes to help combat the increase in pedestrian fatalities now that more of the vehicles on the road are SUVs,” IIHS research engineer Becky Mueller said in a statement.

The question remains just how much more lethal SUVs are to pedestrians. Historically, SUVs, pickups, and passenger vans were 2-3 times more likely to kill a pedestrian in a crash due to the big and blocky front ends. That was based on data most recently from the '90s, says the IIHS.

The current study analyzed 79 crashes in three urban areas in Michigan. Admittedly small, the IIHS sample size tells a familiar story. At speeds between 20 mph and 39 mph, 30% of SUV crashes resulted in a pedestrian fatality compared to 23% for when a car hit a pedestrian. At 40 mph and higher, all three crashes of an SUV hitting a pedestrian resulted in a fatality, compared to 54% for a car. Below 20 mph there was little discernible difference.

Citing national studies, the IIHS attributed the increased likelihood of an SUV causing a pedestrian fatality due to the higher impact point—the bumper and grille—of the SUV than a car. That "leading edge" is more likely to throw pedestrians forward, and the grille is more likely to hit the pelvis or chest a moment after the bumper hits the legs. Alternative designs, with more sloping hoods, or even pedestrian airbags, are being researched.