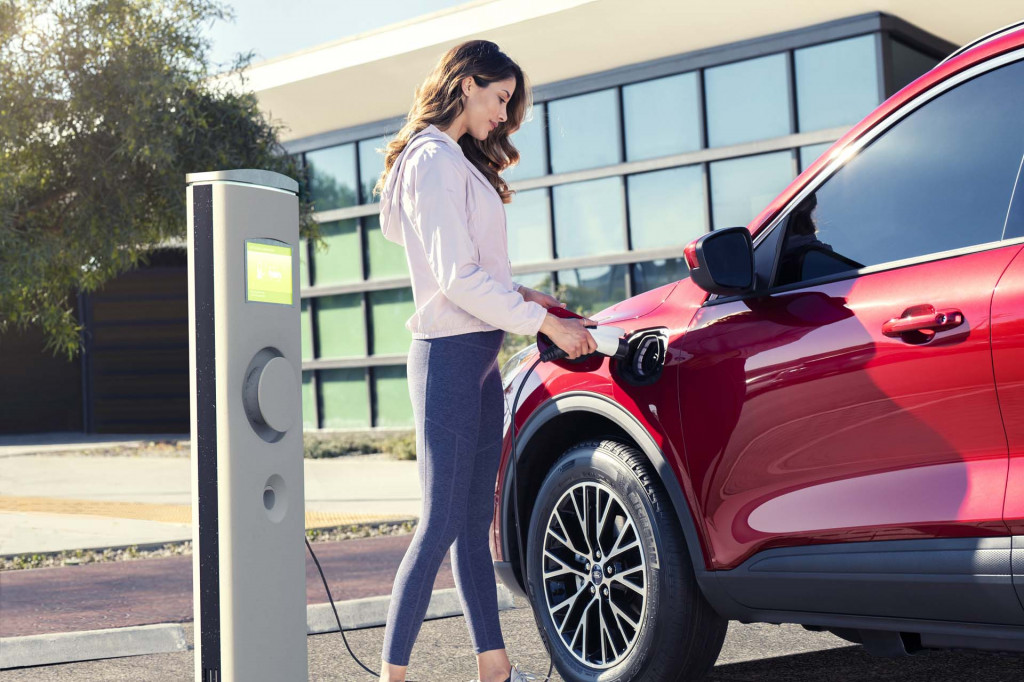 The 2020 Ford Escape Plug-In Hybrid has an EPA-estimated 37 miles of electric range and starts at $34,285, including $1,245 destination, the automaker announced Monday.

The Escape PHEV comes in SE, SEL, or Titanium trim, and the Titanium nudges the price over $40,000. The 14.4-kwh lithium-ion battery pack qualifies the Escape PHEV for a federal EV tax credit of $6,419, according to our calculations.

The best-selling Ford behind the F-150 pickup truck and Explorer midsize SUV, the 2020 Escape compact crossover comes with four different powertrains, including two turbocharged gas models and a gas-electric hybrid that gets 44 mpg city, 37 highway, 41 combined in front-wheel drive. All-wheel drive knocks it down 1 mpg. The Escape hybrid competes with hybrid versions of the 2020 Toyota RAV4 and 2020 Honda CR-V.

The Escape Plug-In Hybrid takes efficiency a step further. It still gets 41 mpg combined without electric power, but with the hybrid system it gets the equivalent of 100 mpg (MPGe). MPGe is an imperfect calculation, but it serves as a basis for comparison. The important detail is the 2020 Ford Escape PHEV beats the 2021 Toyota RAV4 Prime, which gets an estimated 39 miles of range and 90 MPGe. The Escape PHEV's MPGe rating is the best in the class.

The battery pack of the plug-in Escape sits below the rear seats to preserve interior space. The plug-In Escape runs in four mode that consist of Auto EV, EV Now, EV Later, and EV Charge. The first decides when to run on EV power for best efficiency. EV Now uses full electric power, while EV Later runs on gas to save the electric miles for later. EV Charge uses the engine to charge the battery while driving, which could be ideal for mostly highway commutes that start or end with a few miles of around-town driving ideal for electric power.