From Altima to Rogue to GT-R in a week: Nissan rolls out car subscription plan 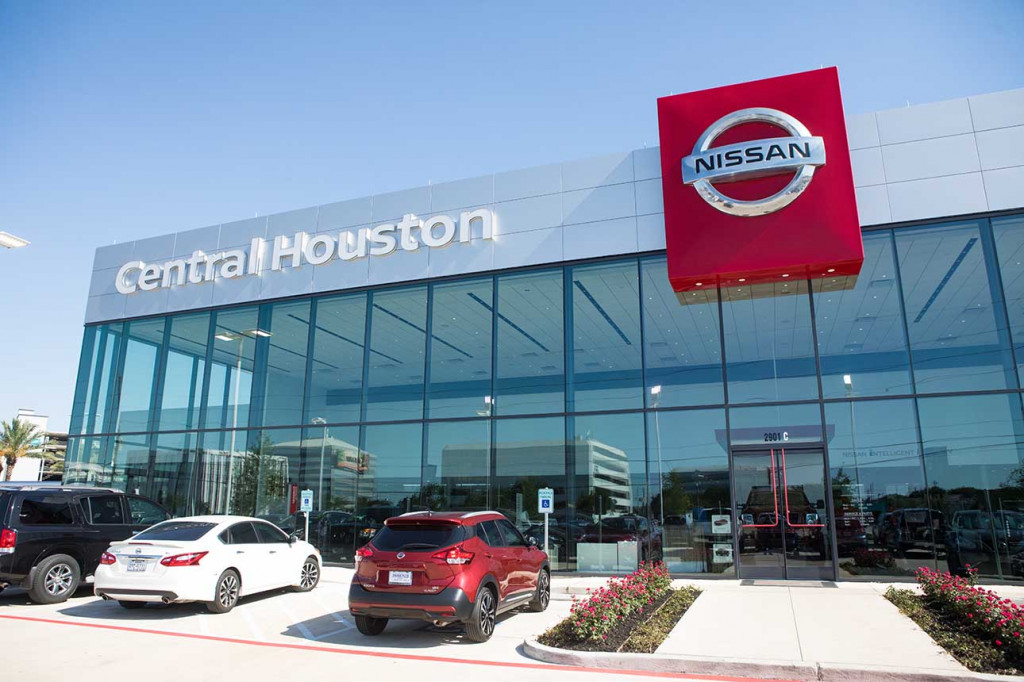 Drivers may be able to drive a new and different Nissan every day of the week as part of a new subscription plan the automaker detailed Wednesday.

The program, which will cost at least $699 per month, has one big caveat: for now, it's only limited to the Houston area within 20 miles of the South Main neighborhood.

Nissan spokeswoman Jeannie Whited said the automaker would consider other areas of the U.S. after its initial trial in Houston. 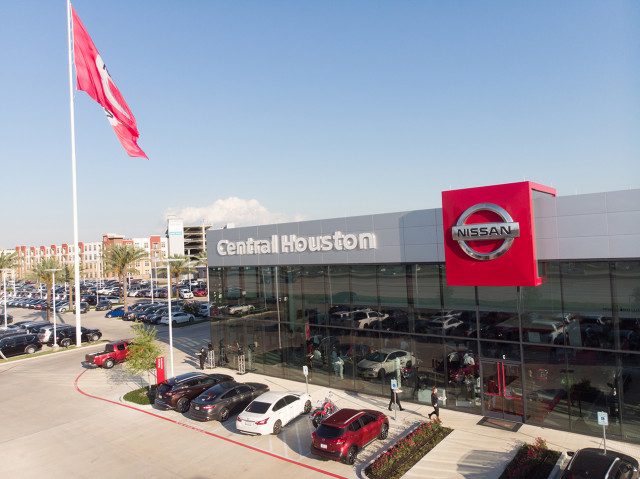 The monthly cost includes insurance, roadside assistance, routine maintenance, delivery, and cleaning. The participating dealership will deliver the new Nissan to the subscriber's preferred address, and give a vehicle walk-around to answer questions and give tech demos. Additional drivers within the same household can be included in the subscription.

Subscribers can hold on to individual cars for up to 2,000 miles before returning to the dealer for service, according to Whited. The cars are delivered in "excellent" condition including tires, she added.

According to Whited, the subscription's service will include insurance provided by Nissan and be covered with $300,000 liability coverage, $300,000 uninsured motorist coverage, $2,000 medical payment coverage, with a $1,000 deductible except for GT-Rs, which will have a $5,000 deductible. 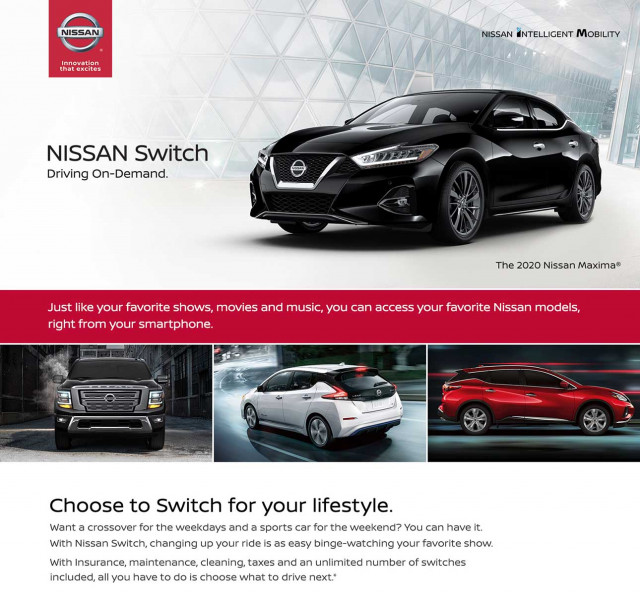 Subscription service eligibility will be contingent on insurance eligibility and creditworthiness, and drivers must be at least 25 years old and have a valid credit card.

Nissan is one of the first mainstream automakers to offer a subscription service, although they're not alone. Many luxury automakers, including Volvo, Porsche, Audi, and Mercedes-Benz offer similar subscription services—mostly confined to a single or small few major metro areas. Care By Volvo is alone in offering nationwide availability, although Volvo limits the number of cars it makes available each year.