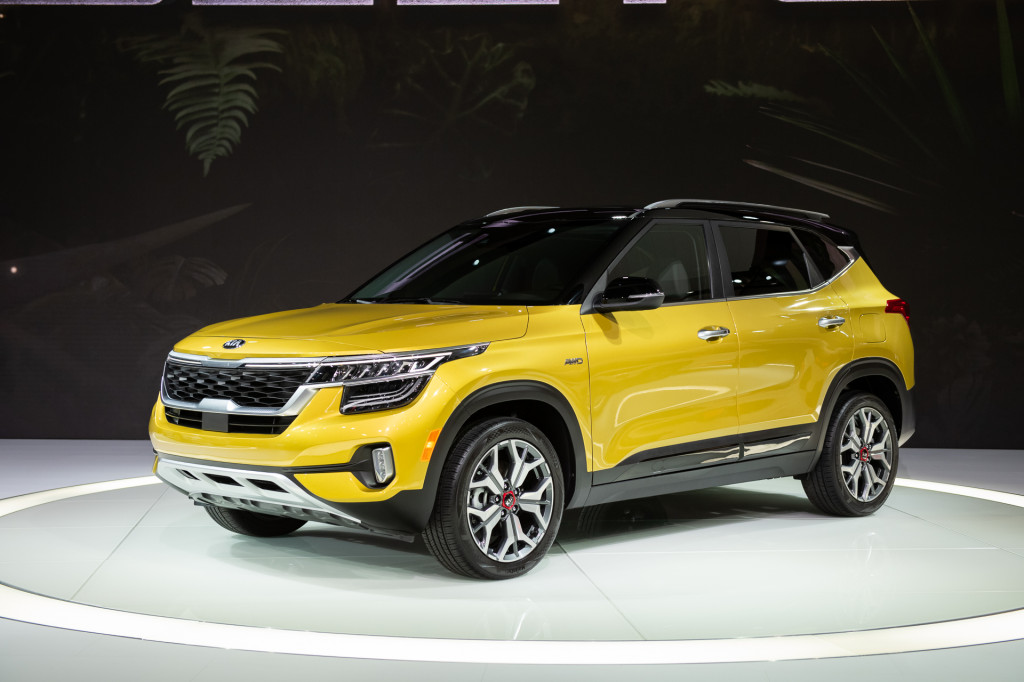 When it arrives this winter, the 2021 Kia Seltos small crossover will net up to 31 mpg combined, according to the EPA, and cost $2,000 less than the compact Sportage—even with all-wheel drive on the base model, which other automakers usually charge more for.

Kia this week announced the 2021 Seltos would cost $23,110, including mandatory destination changes, for a base LX trim with a 146-horsepower 2.0-liter inline-4 that drives all four wheels via a continuously variable automatic transmission (CVT).

The Seltos S and EX both rely on the base 2.0-liter inline-4 for propulsion, but add more creature comforts compared to the base version. Seltos S models add synthetic leather upholstery, but add blue-contrast interior stitching and can be fitted with an uprated 175-hp 1.6-liter turbo-4, 7-speed dual-clutch automatic transmission, and all-wheel drive for better performance. Seltos EX models upgrade to leather upholstery, a sunroof, but stand pat with the base engine. Both trims critically add automatic emergency braking and active lane control. Kia didn't say how much either trim level costs when it goes on sale.

We expect to know more, including its price, early next month.