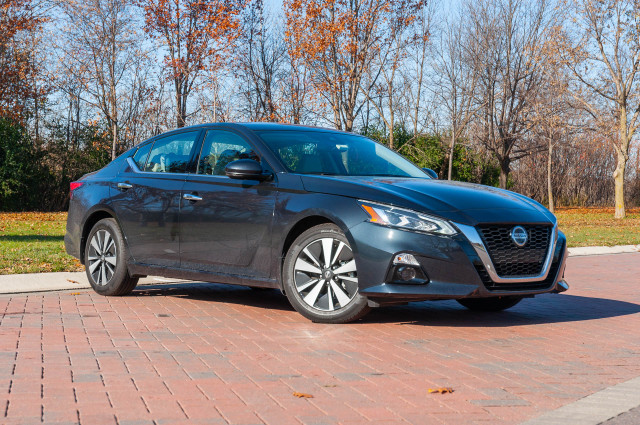 The mid-size sedan segment isn’t where one usually looks for excitement, but that’s changed quickly.

Toyota came out swinging with an aggressively styled Camry lineup while the Honda Accord’s European flair should make a consumer pause on their way to lease a BMW 3-Series. There’s even a new Subaru Legacy loaded with technology and the latest Hyundai Sonata wears some expensive-looking sheetmetal.

With a TCC Rating of 6.7 the Nissan Altima is in the hunt to keep up with, or beat, the mid-size Joneses with a sharp exterior design, long list of standard safety technology, and optional all-wheel drive. The additional power in the turbo-4, however, isn’t worth the additional cost over the base engine.

After spending a weekend shuttling around town, picking up groceries, putting the kids in and out of the car seats, and driving through an early season snow storm, it’s clear the 2020 Nissan Altima is a value-packed sedan that isn’t as in-your-face as the Toyota Camry or Hyundai Sonata while remaining a bit more stylish than the forever staid Subaru Legacy. 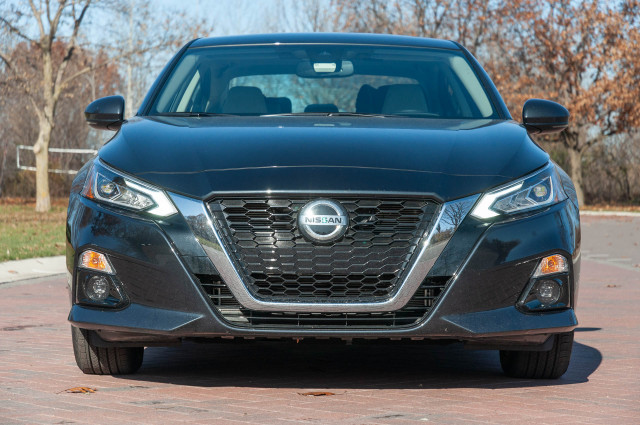 It’s weird to say a mainstream mid-size sedan is sharp (hey, I said the same thing about the Honda Accord when it was new in 2018), but here we are. The front end is surprisingly low as you stand next to it in a parking lot. Watch the curbs when parking. The deep V-shaped nose is dramatic and there’s a nice shoulder line that leads into the rear end. My only gripe would be that I wish the taillights were fully LED units as they feel a bit mismatched with the LED headlights. 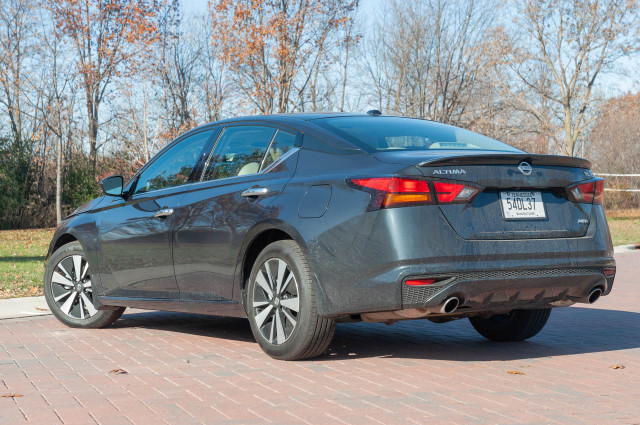 Miss: Don’t get the turbo

The 248-horsepower turbo-4 has more power than the naturally aspirated 2.5-liter inline-4’s 188 horses, and on paper that sounds great, but in reality it isn’t. Where the turbo-4 tries to balance variable compression, turbo spooling, and a continuously variable transmission, the base inline-4 is a smooth operator that pairs better with the CVT. The base four’s power delivery is more linear than the turbo-4’s, and that alone provides a better driving experience in the Altima even if it isn’t the quickest thing on the road. 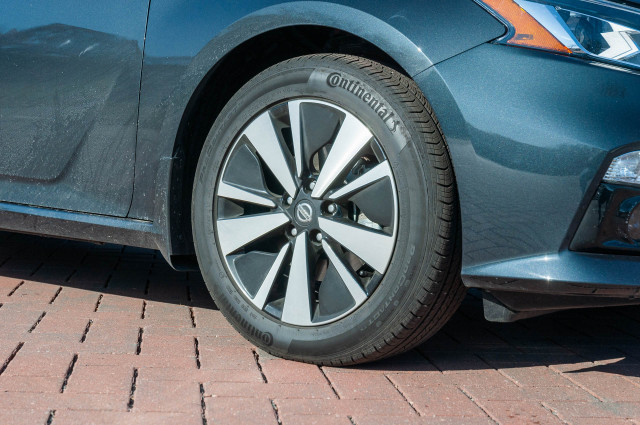 Hit: AWD is a value

Another reason not to get the turbo-4? All-wheel drive drops off the option list. At a mere $1,350 the all-wheel-drive system is a no brainer for anyone that lives in cold-weather or wet states. It’s available in every trim level and has a 50/50 torque split front to rear for the best traction. In winter weather, the extra traction (especially on the factory all-season tires) is noticeable. The Honda Accord and Hyundai Sonata don’t have all-wheel drive on the options list while the Camry adds it for 2020. The Subaru Legacy is the only game in town where all-wheel drive is standard for $3,200 less. In the season’s first snow storm in Minnesota, the all-wheel-drive system helped the Altima keep its composure when the roads got slick, though winter tires would help the situation greatly. 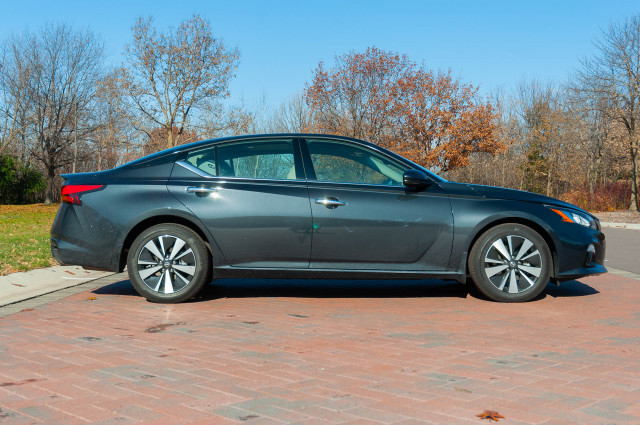 Miss: Safety shouldn't be an option

Every Altima has automatic emergency braking while blind-spot monitors, but adaptive cruise control, active lane control, and rear automatic emergency braking is optional. My tester was equipped with Nissan’s advanced driver-assistance tech called “ProPilot Assist,” which can help steer the car, accelerate, and brake, though it’s not a hands-free system like Cadillac’s SuperCruise. The best part of all this safety tech is it’s far less of a nanny state with boops and beeps than Subaru’s systems. But it also costs extra and Subaru’s safety tech is standard because safety should be.

It’s odd to think the Altima is still a mid-size sedan by the EPA ratings as its interior is so large now. A six footer will have no issue sitting behind a six footer.. For families with small kids the room in the back seats means young kids have a harder time kicking the front seats when you tell them no (ask me how I know). 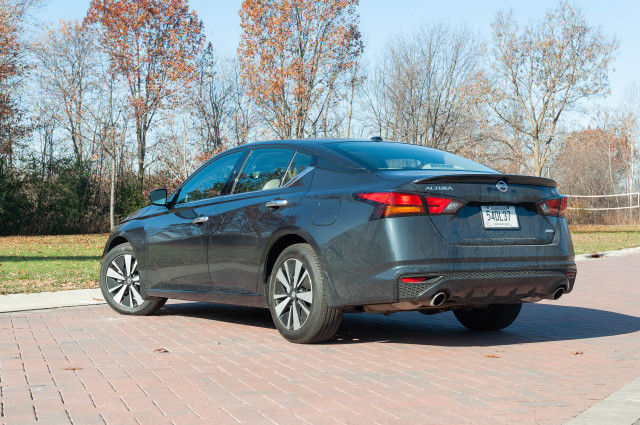 The most efficient 2020 Altima carries EPA ratings of 28/39/32, which is good for a sedan of this size, but there’s no hybrid model. The Toyota Camry leads the class with a hybrid model at 51/53/52 mpg. Opting for all-wheel knocks EPA ratings about 2 to 3 mpg across the board at 26/36/30. The week I spent with the Altima it was cold with snow-covered roads. The weather affected my fuel economy significantly as I saw an average of just over 27 mpg in mixed driving according to the onboard trip computer. Thanks, Minnesota November weather.

At $34,855, the 2020 Nissan Altima 2.5 SL AWD tester was at the higher end of the mainstream sedan pricing spectrum, but still below the average new-car transaction price. It was well equipped with LED head and fog lights, dual-zone automatic climate control, heated leather seats, 8.0-inch touchscreen infotainment system with Apple CarPlay and Android Auto, and a 7.0-inch driver information display in the gauge cluster along with 9-speaker Bose audio system.

With a field of stiff competition the Altima presents a strong case with its sharp design, easy-to-use technology, and available all-wheel drive, but more safety tech should be standard and a competitive hybrid model would be a nice option.

The misses: Not as flashy as Sonata, turbo-4 isn’t great, where are the LED taillights?