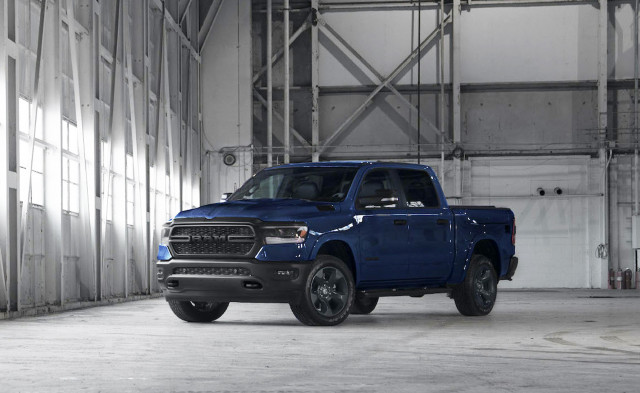 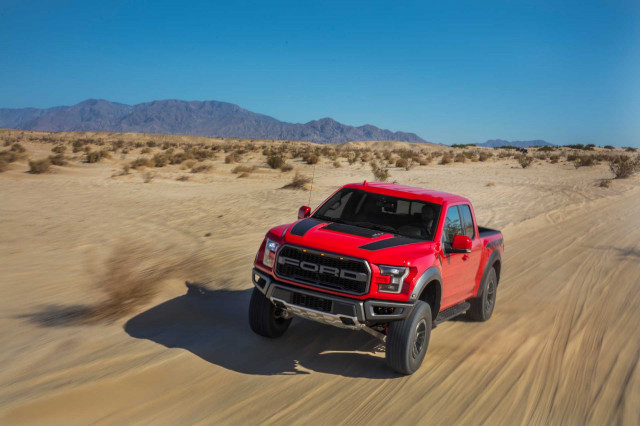 The Ford F-150 has sold more copies than the average Kinko’s; the Ram 1500 keeps gaining on it and rivals from Chevy and GMC with methodical doses of technology and talent. Both full-size pickup trucks are at the top of their towing and hauling and passenger-carrying game—but which one should you buy?

The latest 2020 Ram 1500 does it all, with mildly improved gas engines, a handsomely appointed cabin, a touchscreen-interface nirvana, and a swell new turbodiesel edition. The 2020 F-150 can almost say “same”—and it’s sold in thousands more combinations and configurations.

Even when they’re parked, the F-150 and the Ram 1500 look like winners. The Ford truck’s chiseled fenders and blunt approach telegraph what it’s best at: hard work. The Ram’s a little smoother, a bit more swanky with its wraparound belt of a grille, a bit more businesslike on approach. Inside, the Ram sends passenger-car drivers into a whirl of confusion: This cockpit can look just like a luxury car, from its portrait-style touchscreen to its softly tucked leather to its high grade of finishes. Spend the biggest bucks on the nicest F-150 and it approaches the same level of refinement, but its more angular dash and more prevalent hard plastics seem a half-step behind, which is to say not much. 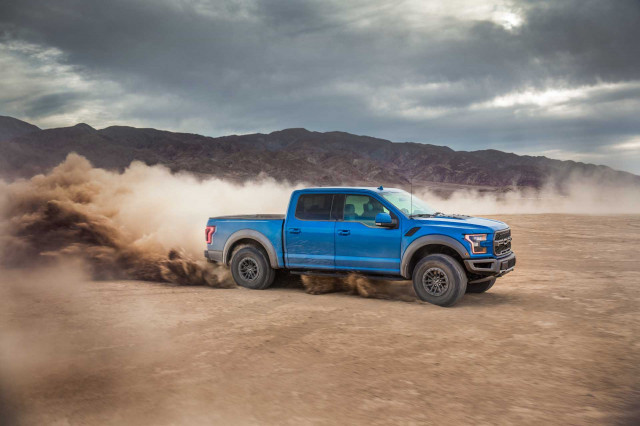 The heart of both Ram and Ford’s full-size pickups scans differently on the X-ray. Ford turned to turbochargers a few years back to power its strongest trucks, and the best versions of today’s F-150 sport a 2.7-liter turbo-6 or a twin-turbo 3.5-liter V-6 that makes the still-ripe 5.0-liter V-8 all but an afterthought. In its most muscular trim the F-150 can pull more than 13,000 pounds of trailer—even before the optional turbodiesel’s stuffed under the hood. All the same applies for the Ram 1500, except its V-6 and V-8 engines now sport mild-hybrid additions that reduce fuel consumption by a hair, without denting its similar superhero towing and hauling ability. It’s rated slightly lower in towing, very slightly. Both turbodiesel engines send overall range soaring, but they're also quite expensive and trim towing limits.

Neither the F-150 nor the Ram 1500 will win kudos for handling, but both are better than we’d expect from vehicles so tall and heavy; the Ram’s available air suspension tends to stiffen its highway ride, while Ford’s conventional axles can get jouncy over rough pavement and off-road (even outside of Raptor and off-road FX4 models).

The Ram and F-150 differ some more in cab configurations. The F-150 still comes in two-door Regular Cab trim if you want, complete with vinyl flooring, wind-up windows, and an FM radio; we loved the ‘70s too, but we’d rather skip those work trucks and both the Ram and Ford’s extended-cab models and ante right up to the four-door crew cabs, which get plenty of shoulder and leg room for up to six adults, cloth or leather upholstery, swanky touchscreen interfaces with Apple CarPlay and Android Auto, even heated and cooled seats. Broad, flat seats on base models amp up the bolstering in Laramie and Limited trucks, but in general, these pickups do better at carrying passengers than cuddling with them. Ram hardly limits itself from configurations and options, but between bed steps, lockable storage bins, liners, cameras, and the like, the Ford F-150’s order guide stretches more than 40 pages. Bring a snack.

Ford had been the safety champ in full-size trucks, but the Ram 1500 has earned the IIHS’ Top Safety Pick+ award—provided the truck has available LED headlights and automatic emergency braking, which means it’s a pricey model. With better headlights, the F-150 could earn the same distinction, but as of now it doesn't.

That gives the Ram 1500 the slight lead in full-size trucks, by our rule of thumb. It’s astonishing to price out a pickup and reach $50,000 without even approaching the lush Ram 1500 Laramie Limited and its tramp-stamped leather, or the King Ranch F-150 and its catcher’s-mitt hides. Then again, we never thought the classic American pickup truck would replace the station wagon, sedan, and minivan for so many families, above and beyond those with a few thousand acres wearing their name. Stick with a Ford F-150 with the 2.7-liter V-6 and automatic emergency braking, or a Ram Laramie with the rorty V-8 and the best safety systems, and you’ll buckle into two of the best pickup trucks ever built.

7.0
Expert Rating
The 2020 Ram 1500 is more anonymous than previous generations, but the interior is worthy of a luxury badge.
Read More
7.0
Expert Rating
Some things don’t change like the Ford F-150’s looks. We like that.
Read More

7.0
Expert Rating
With the addition of a turbodiesel V-6, the 2020 Ram 1500 offers something for every truck buyer.
Read More
7.0
Expert Rating
Ford’s menu of powertrains and drive configurations for the F-150 are deep, but there’s not a bad pick.
Read More

7.0
Expert Rating
The 2020 Ram 1500 has wide seats, ample space for up to six adults, and a bed with more hidden storage than a bank vault.
Read More
7.0
Expert Rating
Work-ready or weekend-ready, the 2020 Ford F-150 excels at comfortable interiors and capable exteriors.
Read More

7.0
Expert Rating
The 2020 Ram 1500 is better-equipped in mid-tier Laramie form than some top-tier rivals, but expect to pay plenty for luxury features.
Read More
6.0
Expert Rating
There’s a reason that the Ford F-150 is so popular—it can be configured in just about any way.
Read More

With competitive price quotes from multiple dealers, you will be prepared when you meet your local car dealer. Please tell us how to contact you so that dealers can compete for your business!
2022 Ram 1500
There are no Ram dealers in our network that are located near the ZIP code.
2022 Ford F-150
There are no Ford dealers in our network that are located near the ZIP code.
Thank you!
We have sent your request for price quotes on the 2022 Ram 1500 and 2022 Ford F-150 to the dealers you requested. They should be in touch shortly.
The Car Connection's dealer quote process is powered by our partner site CarsDirect.
Your request for a fast, free price quote on a 2022 Ram 1500 and 2022 Ford F-150 is in process. The CarsDirect Dealer(s) listed below will contact you shortly to discuss your request and to provide a quote. If you have questions now, you can contact the dealer(s) directly using the information provided below or contact CarsDirect's award-winning customer service team at 1.888.CarsDirect (1.888.227.7347) or [email protected]
For your reference, your customer transaction number is .
Tell us a little bit about yourself
Looking for dealers in your area...

*As configured. Excludes taxes, title, license and other customary fees, such as dealer documentation fees, tire and battery disposal fees and, where applicable, finance charges. By clicking on “Get Your Price Quote Now”, you agree to our Terms of Use (including the Supplemental Terms) and Privacy Policy. You further consent to being contacted at the number you provided by CarsDirect and certain participating automotive dealerships, which may include autodials, text messages, and/or pre-recorded calls; this consent is not a condition of purchase or service. Message and data rates may apply.
Have feedback about this experience?
Let us know.
Tags:
2020 Compare Cars Pickup Trucks Ram 1500 News Ram News
2022
The Car Connection
See the winners »
2022
The Car Connection
See The Winner and Nominees »