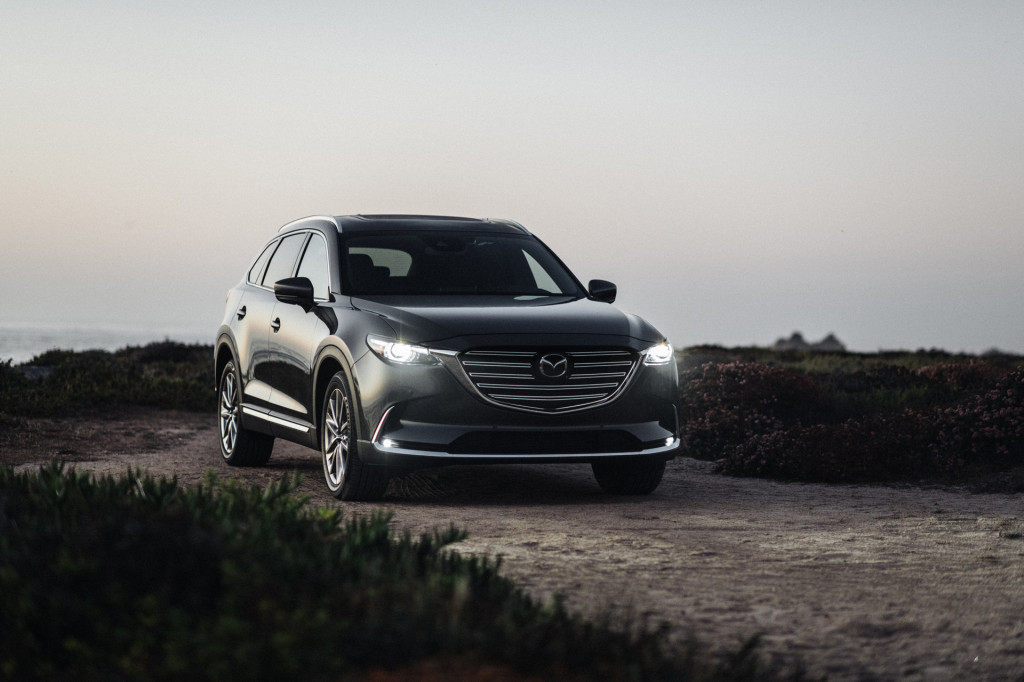 The 2020 CX-9 is getting a handful of new creature comforts, Mazda announced Tuesday, including available second-row captain's chairs—a first for Mazda's three-row family hauler. The starting price is also new, rising $1,510 to $34,835 (including a $1,045 destination fee) for the 2020 Mazda CX-9 Sport.

The large crossover SUV is getting a handful of content updates along with some tweaks to its powertrain. In addition to the aforementioned captain's chairs in the second row, the 2020 CX-9 also boasts an available hands-free power lift gate for the first time.

Under the metal, the CX-9 gets a bump of 10 pound-feet of torque (up to 320 lb.-ft. on 93 octane; 310 on 87) and a new off-road traction assist feature. While the CX-9 is not expected to spend a lot of time getting dirty, this feature may be handy for those with a more adventurous bent.

Base CX-9 Sport models now come with standard heated cloth seats, and Touring models now get a nine-inch, full color touchscreen infotainment display along with keyless entry and tilt-and-slide powered second-row seats. Adding the Touring Premium package now nets you an extra set of USB charge ports in the third row; you can also add the second-row captain's chairs to this package.

The Grand Touring trim is the first to incorporate the new power lift gate, and this also bakes in the new USB charging ports for rearward passengers. This is also the first trim level where the second-row captain's chairs are available as a stand-alone option.

The top of the line is the CX-9 Signature, which gets heated second-row captain's chairs as standard equipment. These models are now also more easily identified from the exterior thanks to a new set of dark silver 20-inch wheels.

Mazda's flagship crossover makes up for a lack of cargo space with sportier dynamics than many of its competitors. From the middle of the 2019 model year, it is also an IIHS Top Safety Pick+, which is the highest rating bestowed by the insurance watchdog group.