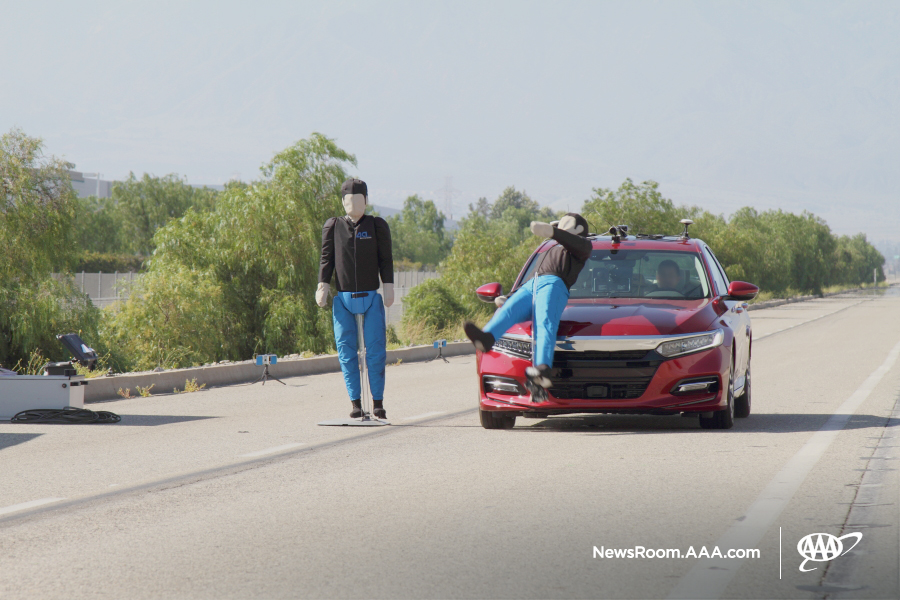 Cars don’t see as well at night and they don't see well when turning right, according to a report by AAA published on Friday. In simulated testing, vehicles equipped with automatic emergency braking (AEB) with pedestrian detection could not be relied on to prevent collisions with pedestrians in several real-world situations.

AAA tested four 2019 mid-size sedans—the Chevy Malibu, the Honda Accord, the Toyota Camry, and the Tesla Model 3—on a closed course using simulated pedestrians in four scenarios at different speeds and at daytime and nighttime.

The results are alarming. The systems could not detect pedestrians at night or when turning right, and could not avoid collisions when traveling at 30 mph.

“Our research found that current systems are far from perfect and still require an engaged driver behind the wheel,” Greg Brannon, AAA’s director of Automotive Engineering and Industry Relations, said in a statement.

During daytime and at speeds of 20 mph, the systems performed better, avoiding collisions 40 percent of the time when an adult crossed the street. There were visual warnings, and, in an additional 35 percent of the time, speed was slowed down by 4.4 mph on average. Automatic emergency braking is meant to prevent or mitigate crashes by slowing down, so in that sense, it is working.

At 30 mph, speed was reduced in most trials, but by less than 5 mph.

“The rise in pedestrian deaths is a major concern and automakers are on the right path with the intent of these systems,” Brannon said. “Our goal with this testing is to identify where the gaps exist to help educate consumers and share these findings with manufacturers to work to improve their functionality.”

This should be another wake-up call to an industry that voluntarily agreed to install AEB as standard equipment on all 2022 model year vehicles. While AEB can slow or stop the vehicle or help stop the vehicle to minimize a collision with another vehicle or stationary object, the failure of AEB with pedestrian detection illustrates the difficulty of driver-assistance features being able to predict and react to human behavior.

The real-world testing scenarios may have an effect on safety ratings from the IIHS, which has the most rigorous independent safety testing and the most coveted safety award for automakers. The Top Safety Pick and Top Safety Pick+ awards are given to vehicles that not only excel in keeping occupants safe in crash testing but are also equipped with AEB that can prevent or mitigate crashes. That’s assuming the technology works.

The findings also prove that drivers and pedestrians alike must be vigilant and aware, regardless of how a vehicle is equipped. Nearly 6,000 pedestrians die annually, accounting for 16 percent of all traffic deaths, according to AAA.

“Pedestrian fatalities are on the rise,” Brannon said. “Proving how important the safety impact of these systems could be when further developed.”