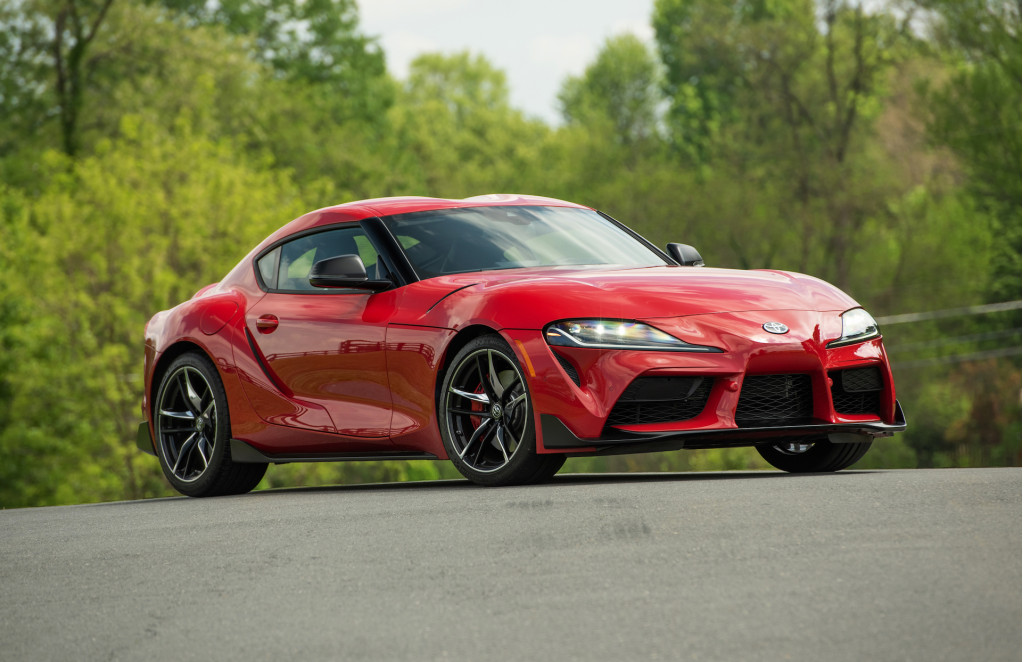 Even though the 2020 Toyota Supra sports coupe and the 2020 BMW Z4 roadster look completely different, they are pretty much the same under the sheet metal. The two-seaters both share a BMW chassis, transmission, and inline-6 engine, and there’s so much BMW in the Toyota that the name Supra is the most Toyota thing about it.

Yet, the Supra wears BMW’s interior better than the Z4.

Automotive marriages make for interesting children. Like other automotive partnerships, including Subaru and Toyota’s partnership on the BRZ and 86 sports coupes, this one is about much more than one car.

“Look beyond the Supra, there is a larger collaboration going on,” Tom Kretschmann, Toyota’s senior subject matter expert for Supra, said in an interview. “We partnered together to share technology—Toyota wanted lightweighting and diesel knowledge, and BMW wanted hybrid knowledge from Toyota. Supra was a side project.”

Hatched in 2012, this side project is a big deal for enthusiasts, and might’ve been the biggest automotive story of the year if not for the ballyhooed launch of the mid-engine 2020 Chevy Corvette. The return of the Toyota Supra after a nearly 20-year absence marks a return of production-level sports cars for Toyota beyond the entry-level Toyobaru 86. BMW has never left the sporting space, even if its reputation has been watered down by so many crossovers. 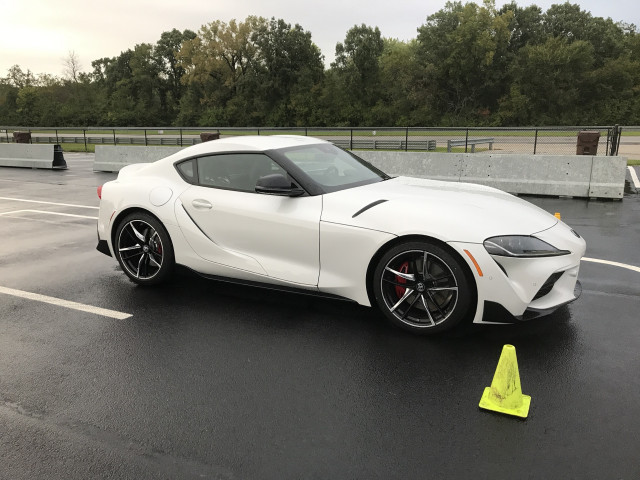 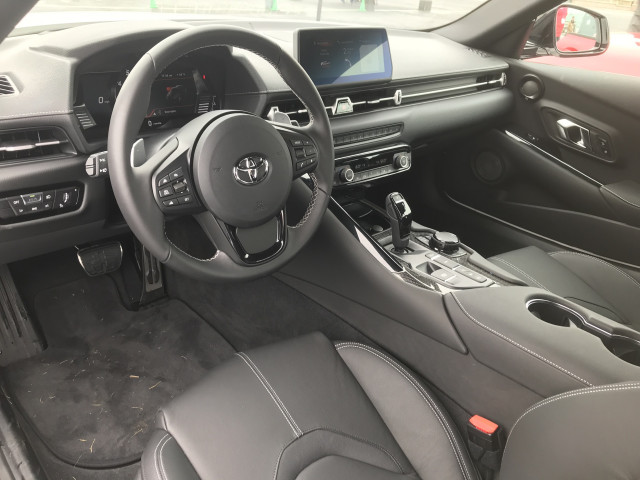 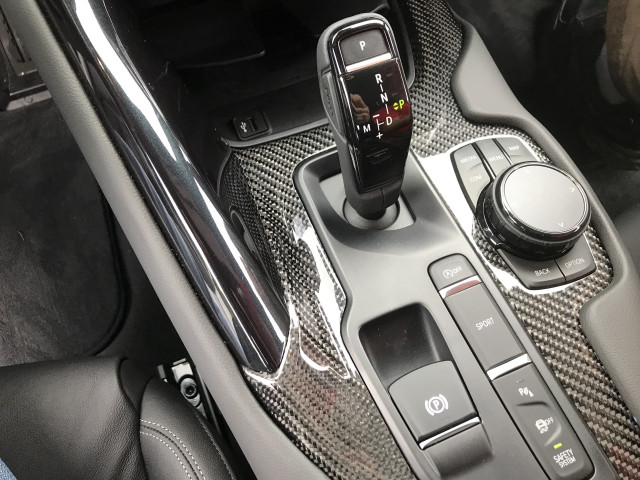 In back-to-back laps on rainy fall day at the Autobahn Country Club in Joliet, Ill., the subtle differences overshadowed all the mechanical similarities of these rear-drive fun machines.

The Z4 is meant to be topless, with the wind blowing through hair, or, for lucky souls such as myself, the sun to bake bare scalps. Baldness aside, I liked the Supra more. It looks and feels more BMW than the actual BMW.

The 3.0-liter inline-6 with an 8-speed automatic—there are no manuals, yet—is tuned to 382 horsepower in the Z4, while the Supra makes 335 hp. I would need and gladly take a dozen more laps in each car to discern real handling differences; in controlled follow-the-leader laps, it’s hard to tell. But the feel favored the Supra.

Part of the better feel is the layout of the BMW switchgear. The electronic shifter in the Supra is more like the old Z4, with a useful diagram on the actual lever. The Z4 has a turnip shape, and the functions are listed on the center console. In both cases, I hate the pushbutton on the side to move the lever into gear. Both consoles are covered in carbon fiber trim, but the Z4 is wider and more junked up with buttons. There are four buttons for drive modes, from EcoPro to Sport, whereas the Supra only has a sport button. The vents, climate, and media controls are more streamlined and simpler in the Supra. Simple is what you want with sports-car switchgear. 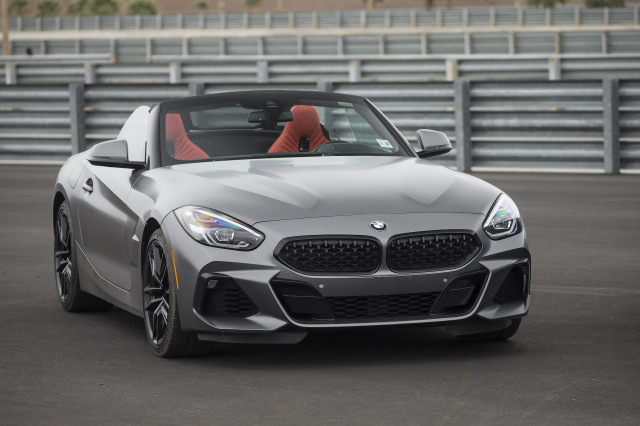 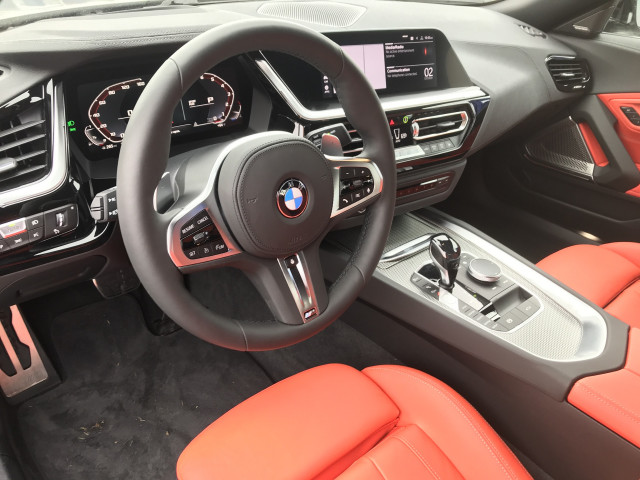 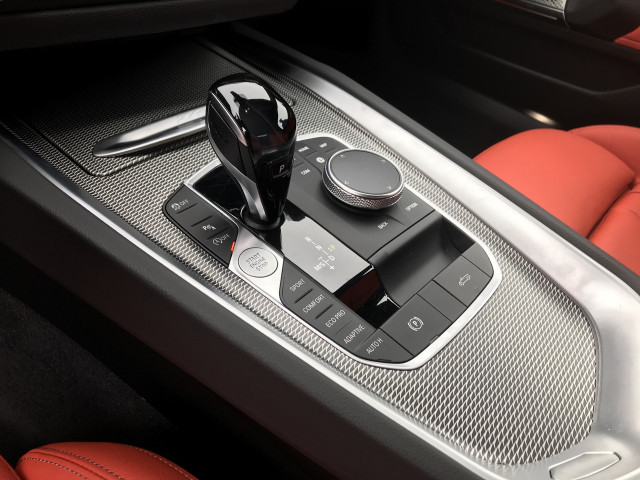 The Z4 does earn style points for enveloping the dash around the 10.3-inch screen, instead of protruding out like a horizontally mounted 8.8-inch tablet in the Supra.

The simplicity carries over to the instrument cluster display, too, in the Supra. The Z4’s parenthetical digital gauges are not so sporting.

Even though no one is going to be cross-shopping these cars, it’s interesting to see how these genetic traits play out in automotive marriages.

“I can’t speak to the BMW piece,” Kretschmann said. “The Supra interior was our design like the body shell was our design, where we’re trying to make it as unique as possible while still being cost-effective.”

Whatever the reason for the interior differences, Toyota looks and feels good in BMW’s skin.